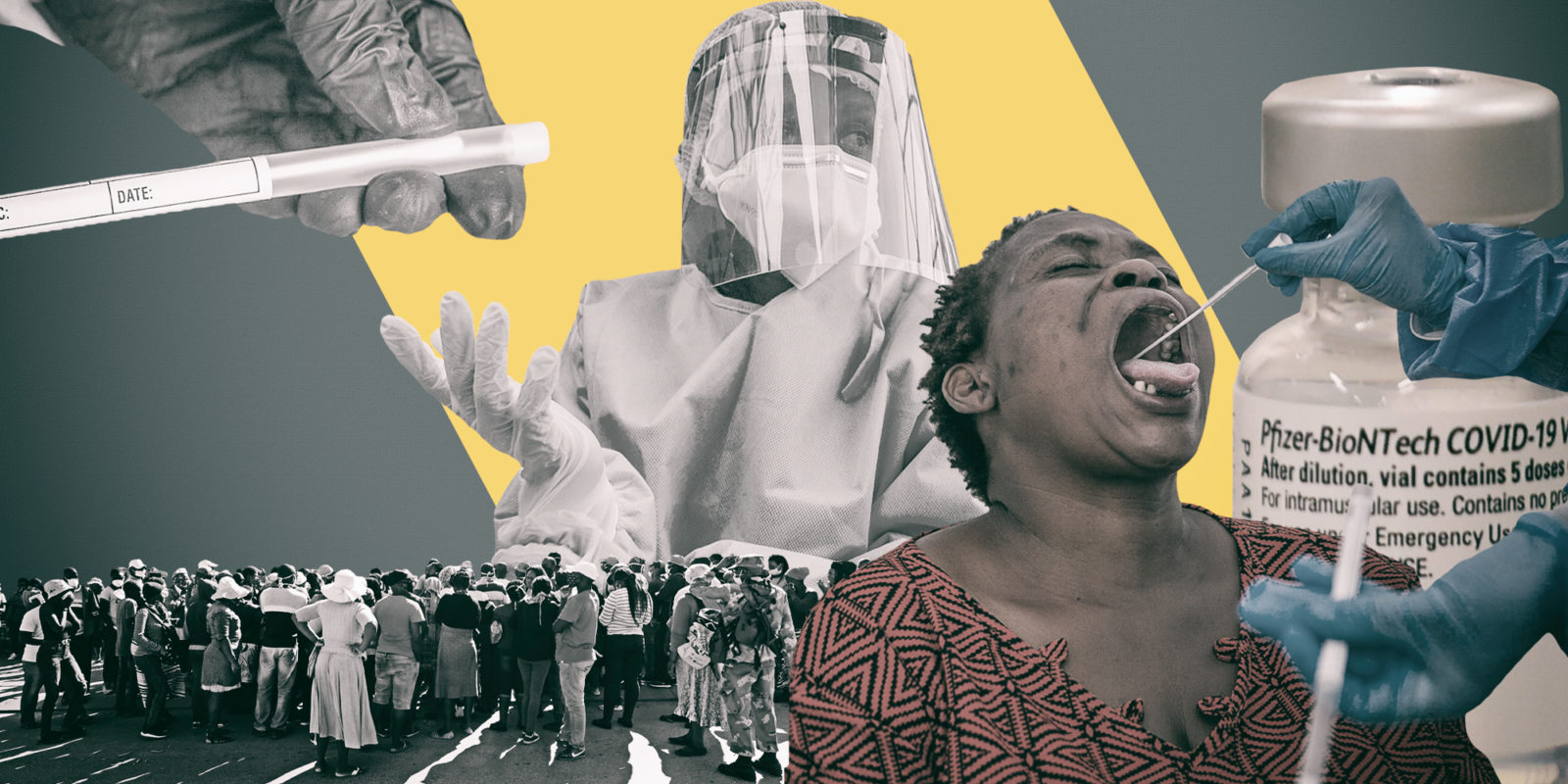 Over the last week, South Africa has witnessed a growing conflict between government on the one hand and civil society and the scientific community on the other over the absence of a strategy and urgent plan to roll out Covid-19 vaccines.

The polarisation feels like the bad old days of Aids.

The informed anger of leading scientists is understandable. The obfuscation of government and vaccine MAC Chairperson Prof Barry Schoub is unacceptable. Accusing activists of “raising false expectations” rather than dealing with their complaints is bound to harden divisions. Health activists don’t give trust away freely anymore: Covid-19 corruption and, before that, the millions of wasted lives caused by Aids denialism are still too fresh in our memories.

Yet to a nurse or doctor trying to provide care to the carnage on the frontlines, struggling with exhaustion and their own mental health, or to a senior citizen living in an overcrowded shack where social distancing is impossible, as well as to many many others, it must seem like an unseemly, bewildering and ugly fight and one that should end as soon as possible.

For their sakes let’s get over it. Let not egos now undermine the right to health. If we don’t rebuild unity now there will be a high price and, as usual, it will be paid by someone else, the poor.

The truth is that the government did drop the ball on vaccines. There’s no point in denying it, doing so just draws out the conflict.

The truth is that government did hand-pick a Ministerial Advisory Committee (MAC) on Vaccines that left out expert scientists and civil society experts who are unwilling to wear a muzzle in return for the privilege of advising government.

The truth is the press conference held by Health Minister Zweli Mkhize on 3 January 2021 was inadequate, the strategy it announced full of holes, the plan lacking in essential detail.

But having said all that, let us also agree that the briefing was a positive response to criticism, provided more information than we had the day before and it took us forward.

Now Mkhize has told us that “the only way to deal with the epidemic is the provision of immunity through the vaccination” that must be “driven by urgency.” Government has told us that the Covid-19 vaccine needs to be received by up to 40 million people if we are to stand a chance of breaking the back of the dreadful Covid-19 pandemic; they have told us which companies they are negotiating with and which vaccines are being targeted.

The basis for united action

Now we need unity in action if we are to carry out a medical humanitarian operation on such a scale.

We need unity if government and civil society (who basically are on the same side) are to speak with one voice and counter a deadly campaign of misinformation that, like Aids denialism, is being spread by social media in communities to sow distrust in and active resistance to Covid-19 vaccines. We need to monitor this misinformation campaign and have a united effective communication campaign to block it.

However, unity needs more than a slogan.

From government it needs a commitment to openness and transparency, an end to defensiveness, an unambiguous confirmation that it will provide the budget and resources needed to purchase vaccines, a commitment to continue and increase social support as the epidemic devastates employment, education and food systems. Government needs to open its actions to independent oversight, include a civil society expert in the Vaccine Acquisition Task Team, be prepared to answer difficult questions, accept constructive criticism and suggestions.

From civil society, it needs principled, independent, informed activism that mobilises power behind the fact that vaccines are a public good and a human right. This has been stated categorically in this important statement by UN human rights experts that should guide civil society, government and business.

Civil society needs an urgent tooling-up on vaccine literacy and virology, systems for close monitoring of pharmaceutical company profiteering and oversight of regulatory authorities, in our case SAHPRA, a willingness to leave the safety of our homes and go into communities to advocate and lay the foundations for the vaccine roll out and to support people with other preventive measures (so-called ‘non-pharmaceutical interventions’) which remain vital.

Government needs civil society and it needs all the medical profession, not just those that will toe its line.

Twenty years ago, when the Treatment Action Campaign (TAC) catalysed an international mobilisation to help South African and other developing countries fight Aids, it was civil society pressure, which made antiretroviral medicines affordable. In fact, in South Africa, it was the TAC that challenged and exposed pharmaceutical company profiteering from Aids, as they are doing again with Covid-19. It was TAC – not government, not business – that sat down and negotiated the terms for voluntary licenses that made AZT and nevirapine (NVP), two essential antiretrovirals, affordable and accessible across South Africa (read about it here). It was TAC who forced Pfizer (the very same leopard that has not changed its spots) to make the essential medicine fluconazole available in a $75-million donation to the government.

From what we hear off the record – and frankly, it shouldn’t be being hidden behind non-disclosure agreements – several pharma companies are up to old tricks again.

Today, civil society still has a critical role to play in ensuring that safe and efficacious vaccine access is determined by science and medicine, not blocked by either profiteering, corruption or the geopolitics of big powers like China or Russia who might link vaccine access to economic favours and expanding spheres of influence.

But on the other hand civil society also needs OUR government particularly to use the powers it has been granted under OUR Constitution and international law: the Doha agreement on the WTO TRIPS flexibilities which activists fought for, for precisely the type of crisis we now face, can be used to negotiate robustly and openly for affordable vaccines and, if it needs to, to issue compulsory licenses for their production. Civil society also needs government to use all the country’s resources, including its public and private health infrastructure, to respond to this medical emergency and the social catastrophe that it has precipitated.

If we are united in principle and in practice we will soon discover that we can move mountains. We can beat this epidemic. We have the systems and the experience to get 40 million people vaccinated by mid-year and, let’s be clear, the world has the capacity to manufacture the vaccines we need.

It has been done before.

In 2007 after seven years of conflict government, civil society and the health profession finally set the seal on a national treatment plan on Aids and worked together on the ARV roll-out. United we went from the worst to the largest ARV programme in the world in four years. We prevented five million deaths.

We can do it again. But it needs principled, transparent and honest leadership from all sections of society.

Once again millions of lives depend on it. Failure can’t be an option. DM/MC