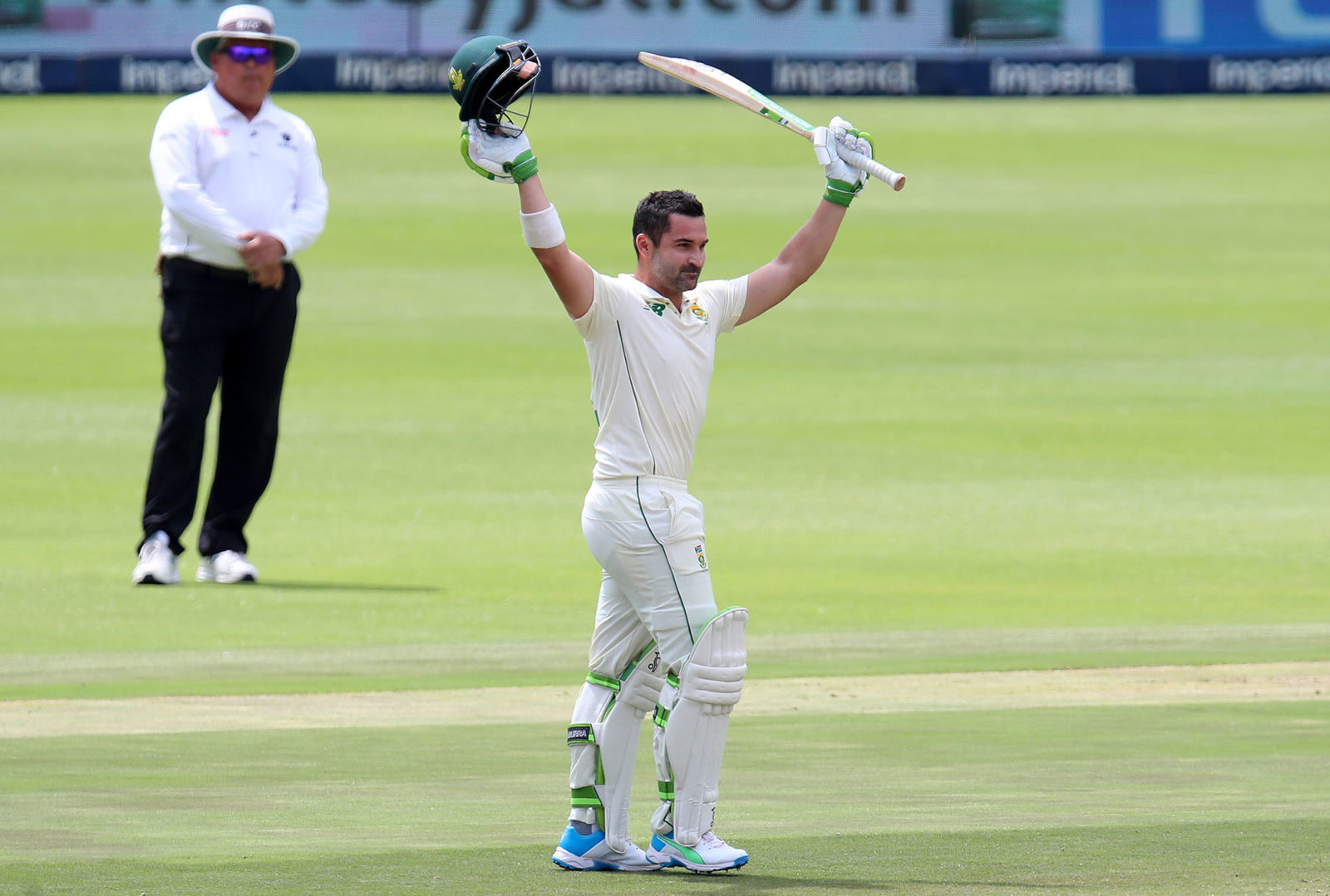 If 2020 was South African cricket’s annus horribilis, early signs in 2021 indicate that the sport is on the up. But ‘up’ is relative. Coming from a base that was well below sea level, there was barely any further down that Cricket South Africa and the Proteas could fall.

The Proteas’ 10-wicket win over Sri Lanka in the second Test, which was completed at the Wanderers on Tuesday, marked South Africa’s first series win since beating Pakistan 3-0 on home soil two years ago. It was the perfect start to the year — on the field at least — following a 3-1 home series loss against England in 2020.

It was also atonement for the 2018/19 home series loss against Sri Lanka and it marked the Proteas’ first World Test Championship points since the system was implemented in 2019. The Proteas have won only three of the nine Tests — and one of the three series they’ve played.

For the past 18 months, cricket in South Africa has been like watching a B-grade slasher flick. All gore and no substance. Boardroom issues have plagued Cricket South Africa (CSA) to the extent that the entire board was ousted last October and replaced with an interim board.

The interim board was mandated to steer CSA to calmer administrative waters, and while doing that chairman Zak Yacoob has dented egos and made enemies. But it appears that he and his board (two of whom were jettisoned by Yacoob for being obstructionist) are quickly fulfilling their mandate.

And on the field, Proteas coach Mark Boucher, who was appointed days before the 2019/20 England series, is finally starting to fulfil his mandate of turning CSA’s flagship team around.

“It’s good to get a win. From a batting perspective it was nice to see quite a few of our batters in the runs, spend a bit of time in the middle,” Boucher said. “That would’ve given them a lot of confidence going to big series like Pakistan or Australia.

“If you look at our bowling attack, there is a handful of games between the guys, so we understand that there is a lot of inexperience. I think they learnt a lot of lessons and they learnt them pretty quickly as well.”

South Africa won the first Test at Centurion by an innings and 45 runs and the second at the Wanderers by 10 wickets, underlining their complete domination of the series.

Sri Lanka were ravaged by injuries in the first Test, losing four players during the course of the match, and were also hampered by lack of preparation. They came out of a subcontinent T20 series straight into a Test battle on fast, bouncy South African pitches. It couldn’t have been more difficult for the tourists.

But the Proteas had not played a Test series for a year, after much of 2020 was confined to the Covid-19 scrapheap. They also lost a T20 series to England 3-0, before the One-Day International series against the same opponents was cancelled amid Covid-19 bio-bubble security fears.

It’s fair to say that South Africa hardly went into the series against Sri Lanka in a better state than their opponents. They also went into the brief campaign under more pressure, considering all the issues that plagued the sport in 2020.

The emergence of seamer Lutho Sipamla in the series was a huge boost for Boucher. He and convenor of selectors Victor Mpitsang took a chance on opting for the 22-year-old who had hardly played a game in a year, instead of some other players with handy four-day form going into the series.

And, briefly, it looked as if their decision was as flawed as many of those made by CSA’s previous board. Sipamla’s first 12 overs in Test cricket disappeared for 66 runs without a wicket. He barely even beat the bat in those early moments of his Test career.

But he ended the series with 10 scalps and 16.70. Or, put another way, following those dirty dozen overs, he bowled 27.5 further overs in the series, taking 10 for 101. Once Sipamla found his length, more than his line, his lively pace and ability to nip the ball off the seam furrowed Sri Lankan brows.

He will still have to add several layers to his game, especially in less seamer-friendly pitches, but the raw materials, not least of which is to learn and adapt quickly, are all there.

All-rounder Wiaan Mulder was another surprise choice in the first Test and another who vindicated his selection, with some excellent bowling and handy batting.

Mulder took three wickets with 11 balls in Sri Lanka’s first innings in the second Test, which opened the gates for fast bowler Anrich Nortje to incinerate the rest of the batting order with a career-best six for 56.

In the first Test Mulder also took three key wickets in the first innings, including that of the dangerous Kusal Perera. It signalled his improvement after a punishing fitness regime that he knew was required after having a taste of Test cricket against Sri Lanka in Port Elizabeth nearly two years earlier.

In all, Mulder took nine wickets and chipped in with 43 runs in the two innings he was required to bat.

As for the batting, it was the old hands that did the work for South Africa, with Faf du Plessis rolling back the years with a career-best 199 at Centurion. A loose shot cost him his chance of scoring a first double-century, but regardless, it was an innings of graft and aggression that underlined how much value an experienced and high-quality player can bring.

“In match situations, I’ve made a lot better hundreds — when attacks are at their hottest, when conditions are at their toughest,” Du Plessis said after his knock at Centurion.

“I wouldn’t put this close to any of those. This was more, for me, from a timing and a statement point of view, to make sure I proved to people out there who doubted my ability that it hasn’t changed after a season or two. In fact, I am trying to make sure I can improve my performances.”

While Du Plessis was out to make statements about his ability, left-handed opener Dean Elgar continued to liberally score runs as he always does. He is never going to be easy on the eye, but his runs and ability to do his bit to protect the middle order have been a constant of this team for more than eight years.

Elgar scored 95 in the first innings at Centurion, then had to sleep on being 92 not out after the first day of the second Test at the Wanderers. No worries for Elgar, who enjoyed a glass of wine, went to sleep and came out on day two to complete his 13th Test century on his way to 127.

He chipped in with an unbeaten 31 in the second innings as he and Aiden Markram knocked off the 67 needed to win in 13.2 overs.

“I’ve been in the 90s overnight in first-class cricket before, so it’s not my first time,” Elgar said. “I didn’t feel anything; I didn’t feel anxious. And I woke up nice and early as well, thinking I might not wake up to my alarm. But no, I didn’t feel too nervous starting today’s play.”

While the Proteas won handsomely, there were some red flags Boucher and Co will pay attention to. There was an all too familiar batting collapse at the Wanderers.

Elgar (127) and Rassie van der Dussen (67) put on 184 for the second wicket, taking South Africa to 218 for one. But when Elgar fell in the 52nd over, it signalled a collapse that saw the Proteas lose nine wickets for only 84 runs.

In their previous two-Test series against England and India, the Proteas lost wickets in clumps regularly. In seven innings in those series they lost five wickets for fewer than 50 runs.

The form of skipper Quinton de Kock is a little reminder that perhaps being asked to bat at No 5, keep wicket and lead the team is asking too much of South Africa’s most dangerous player. He scored only 28 runs in the series.

De Kock is without doubt a fine cricketer and a player who is the first name on the team sheet. But he is a flamboyant, instinctive cricketer, relying on his supreme talent, more than deep analysis to see him through.

With many other quality candidates for the job such as Elgar, Van der Dussen and Temba Bavuma, perhaps De Kock should be released from the burden of captaincy.

On the other hand, he has just steered the Proteas to a 2-0 series win by massive margins,  so if he wants another shot at Test captaincy, his team’s results suggest he has earned it. DM