‘It was rigged!’ Trump tells Republicans not to tru...

‘It was rigged!’ Trump tells Republicans not to trust the vote while urging them to vote 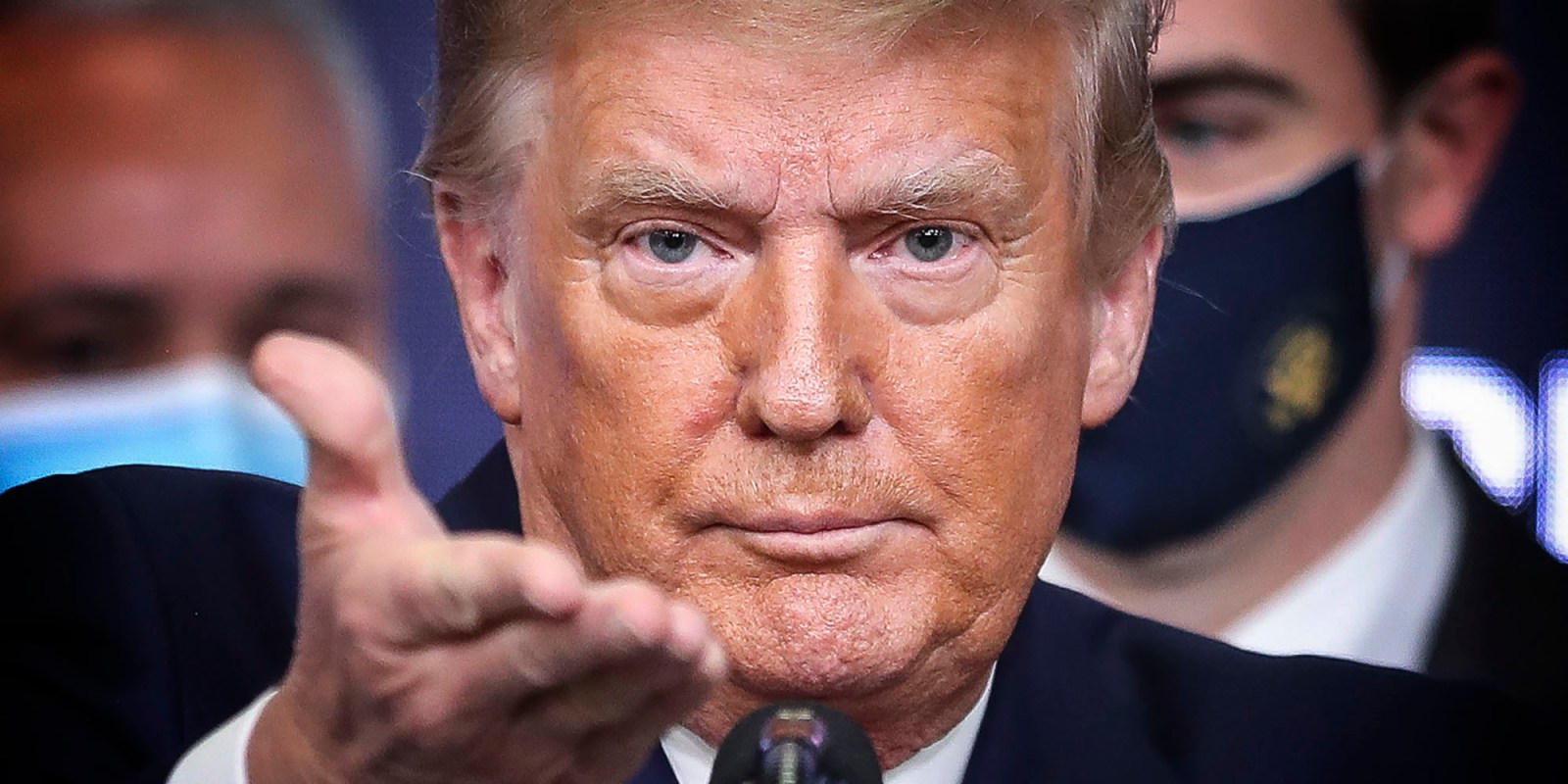 US President-elect Joe Biden visited Georgia on Monday, 4 January to urge voters to go to the polls on Tuesday for the Senate runoff election. President Donald Trump was also in the state to rally Republicans to do the same.

Speaking to supporters at a drive-in rally in Atlanta, Georgia, Biden said they had “voted in record numbers in November and we won, three times here with each recount”. He urged them to do the same again on Tuesday.

The runoff election in Georgia closes the 2020 presidential election cycle and will decide who runs the Senate – Democrats or Republicans. The new Congress was sworn in on Sunday, with 50 Republicans and 48 Democrats in the Senate. Should Democratic candidates Jon Ossoff and Raphael Warnock win, the House will be tied 50/50, which would mean Vice President-elect Kamala Harris will have the tie-breaking vote.

On Monday, Biden said that if Ossoff and Warnock were voted in the first thing that would happen to immediately benefit all Americans would be increased Covid-19 economic relief.

“Their election will put an end to the block in Washington on that $2,000 stimulus check,” he said.

Republicans closed December 2020 by signing off on an individual stimulus $600 payment despite the fact that Trump – after the vote – asked for $2,000.

Biden told voters: “Folks, this is it, it’s a new year and tomorrow can be a new day for Atlanta, for Georgia and for America… Georgia, the whole nation is looking to you… One state can chart the course not just for the next four years, but for the next generation.”

The president-elect also did not directly comment on Trump’s attempt at the weekend to have the Georgia election overturned, but he did say he did not now know why Trump wanted the presidency if “he doesn’t want to do the work”.

Stumping for Kelly Loeffler and David Perdue in Dalton, Georgia, Trump opened his speech with: “No way we lost Georgia, it was rigged!”

Sticking to his debunked claims of election fraud – especially relevant fewer than 48 hours before a #StopTheSteal demonstration – Trump also wanted to make sure Republican voters understood the importance of the runoff election, reminding them that voting for the Republican senators would keep the Senate in Republican control.

“And I have to tell you that the stakes in this election could not be higher… Your vote tomorrow will decide which party controls the United States Senate – the radical Democrats are trying to capture Georgia’s Senate seats so that they can wield unchecked, unrestrained, absolute power over every aspect of your lives,” he said.

The president also made it clear that he was not ready to let go of the White House, and was loudly cheered as he told supporters he had no intention of going quietly: “If the liberal Democrats take the Senate and the White House – and they’re not taking this White House – we gonna fight like hell, I’ll tell you right now.”

Trump is nothing if not persistent, and bang on brand, with his rally speech following his attempt at the weekend to (again) swing the Georgia vote in his favour. Notwithstanding the fact that the presidential vote in Georgia was counted no fewer than three times, each time showing Biden as the winner.

The outgoing president nevertheless continues to insist the election was stolen and that he will find a way to remain president.

Earlier on Monday, Georgia Secretary of State, Republican Brad Raffensperger, commented publicly on Trump’s hour-long phone call to him on Saturday, in which Trump tried to get him to overturn the Georgia November 3 2020 presidential election results.

In the call, the audio of which was obtained and published by The Washington Post, the president asks that votes be “found” to change the outcome. He tells Raffensperger: “There’s nothing wrong with saying, you know, erm, that you’ve recalculated.”

During the call Raffensperger tells Trump he has the wrong data. He told the media on Monday that “the data that he (Trump) has is just plain wrong, he had hundreds and hundreds of people he said were dead that voted, we found two – that’s an example – he has bad data”.

Raffensperger also said Trump believed various conspiracy theories, but “we’ve debunked every one of those theories that have been out there… president Trump continues to believe them.”

Analysts also say it is possible that Trump could have committed election fraud by asking someone to “manufacture” votes.

While Georgia prepares to vote on Tuesday, Washington prepares for Congress’ official certification of Biden’s victory before he takes office on January 20.

Washington DC is also preparing for conflict as Trump supporters heed his call to converge on the city to be part of a #StopTheSteal demonstration against the incoming administration. Streets around the White House will be closed from noon on Tuesday until midnight.

A leader of the alt-right group the Proud Boys was arrested in Washington DC on Monday shortly after arriving in the city. Enrique Tarrio admitted to burning a Black Lives Matter flag during a rally in December and is charged with destruction of property. He was also charged with the illegal possession of two firearm magazines capable of holding more than 10 rounds of ammunition. These are banned in DC. Tarrio lives in Miami and runs a grassroots organisation called Latinos for Trump.

Calling them “the most notorious group of extraordinary gentlemen”, Tarrio said earlier on social media the Proud Boys “will turn out in record numbers on Jan 6th”. DM