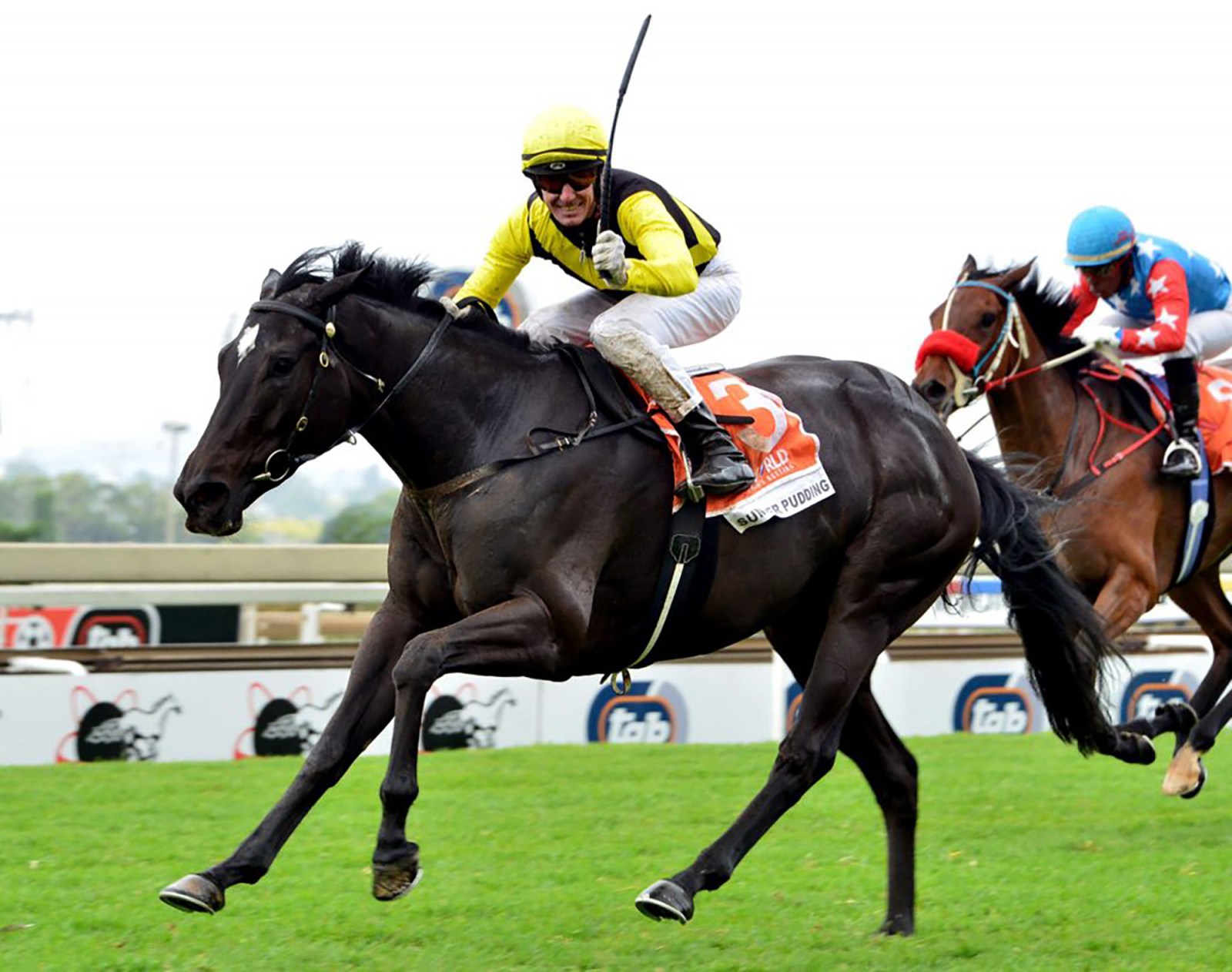 Horseracing in South Africa could be rescued by the Oppenheimer family’s famous wealth – and one of its horses, the cheerfully named filly Summer Pudding, who pundits declare the best since Horse Chestnut.

When Summer Pudding powered to the front of the field with her relentless gallop, surging to a 2020 Summer Cup victory under rainy Joburg November skies, the sun seemed to come out on the collective soul of South African horseracing.

Fans were agog at the filly’s performance at Turffontein in Johannesburg. The big girl overcame male opposition for the first time, from a wide barrier draw, under a hefty weight disadvantage and with sketchy preparation. Fuelling the excitement was a big fat stat: nine wins from nine starts in a run that included a rare Triple Tiara triumph and two Grade 1 trophies.

She’d already been dubbed “our darling” by several hard-bitten racing pundits, but, as she walloped tough, older colts and geldings in the Cup, one of them exclaimed, “The best since Horse Chestnut!”, invoking comparison with a colt who landed the 1999 Triple Crown, went to the US and won – and was widely regarded as the best horse to grace the South African turf.

Horse Chestnut, winner of nine of 10 starts, was owned by industrial magnate Harry Oppenheimer and his wife Bridget. Summer Pudding is owned by Mauritzfontein stud, whose nominee is Harry and Bridget’s granddaughter Jessica Jell, and races in the family’s famous black and yellow silks.

Augmenting the familial connection is the fact that Jell’s mother, Mary Slack (nee Oppenheimer), is key to the current business rescue process in racing.

Champions draw wide media attention, boosting the popularity and economics of any sporting code. Racing desperately needs one and Summer Pudding has obliged.

In the flush of his Summer Cup victory, South African champion jockey Warren Kennedy said she was “definitely the best” horse he’d ridden and “one of the best I’m ever likely to ride”.

Her trainer, Paul Peter, a down-to-earth racing man forged in the classic mould of Joburg’s southern suburbs, says he is “honoured and privileged” to be associated with such a galloping talent.

Summer Pudding’s next target could be the Grade 1 Paddock Stakes at Kenilworth in Cape Town on 8 January, after which a tilt at the Sun Met three weeks later seems logical. Two more victories will tie the South African record of 11 races unbeaten, set by colt Home Guard – a run that ended in the Durban July of 1969.

Peter says a crack at next year’s Durban July is on the table, with the filly’s connections having opted to miss the 2020 edition after a tough Triple Tiara campaign of wins in the Gauteng Guineas, the SA Classic and the Oaks – and a trip to Durban for the Grade 1 Woolavington, a preserve of female champions down the years.

The Triple Tiara has only been achieved twice before, by Igugu, an Australian import, and Cherry On The Top, Summer Pudding’s aunt, who was bred by none other than Bridget Oppenheimer at the Mauritzfontein stud that Jessica Jell now runs.

Cherry On The Top was trained by Ormond Ferraris, 89, who retired 18 months ago and is now an advisor to Peter, his onetime barn neighbour at Turffontein.

The younger man attributes Summer Pudding’s success to this grand old master of the turf. “It’s all down to Mr Ferraris,” declared Peter after the Oaks. “He’s been coming to the track every morning to watch my horses gallop and give advice. After all those years, Mr Ferraris can’t stop. He gets up every day at 3am and what’s he going to do at that time? We are so lucky to have him. He can read horses’ minds; he knows exactly what they need.”

This was proven during the two-month shutdown of racing in lockdown. Trainers grew panicky about keeping horses ticking over fitness-wise and Peter noticed Summer Pudding had “hit a flat spot” in her exercise. Unflustered after 60 years of handling horses, “Mr” Ferraris tweaked the filly’s routine and she bounced back to her best.

Racing to the rescue

This narrative might suggest Oppenheimer family members have enjoyed generational dominance of South African racing, but, while they have been significant players for more than 70 years, they haven’t been all-powerful in a pretty diverse game.

If such dominion existed, it was disgraced businessman Markus Jooste who exercised it.

The Steinhoff boss was racing’s kingpin, owning hundreds of horses and controversially controlling key bodies for years before his empire crashed. Indeed, there was little warmth between the Oppenheimer dynasty and upstart Jooste.

Racing was much reduced from the glory years of the latter half of the 20th century, but after Jooste’s fall in December 2017 things declined quicker and faster. Lockdown in April 2020 was the killer, with the biggest operator, Phumelela, entering voluntary business rescue in May.

Phumelela controlled five of seven racetracks, training centres, many betting licences and outlets and television rights to the South African racing action. So, the entire industry was suddenly under dire threat.

To the rescue came Mary Oppenheimer Daughters (MOD), a company set up by Mary Slack to amalgamate the business interests of her and her daughters Victoria, Rebecca, Jessica and Rachel.

If anything, Slack is more passionate about thoroughbreds than her famously racing-addicted late mother Bridget, who was known as the “Queen Mum of racing”. And Slack’s daughter, Jessica, owner of Summer Pudding, has the bug badly, too.

MOD initially handed over R100-million to help the business rescue practitioner sort out Phumelela’s books. Then it offered a further R500-million to restructure and rehabilitate the operation – which creditors readily voted for, effectively handing ownership to the Oppenheimer women. (This followed MOD’s R1-billion contribution to the coronavirus Solidarity Fund.)

Last week, Phumelela delisted from the JSE and indicated a name change after various assets had been sold off.

Will racing and its 180,000-odd livelihoods be saved? No one can answer with certainty, but the game has been seeded with both capital and hope.

Feeding the seed is a young filly with a cute name who captures a public imagination beyond racegoers. DM168