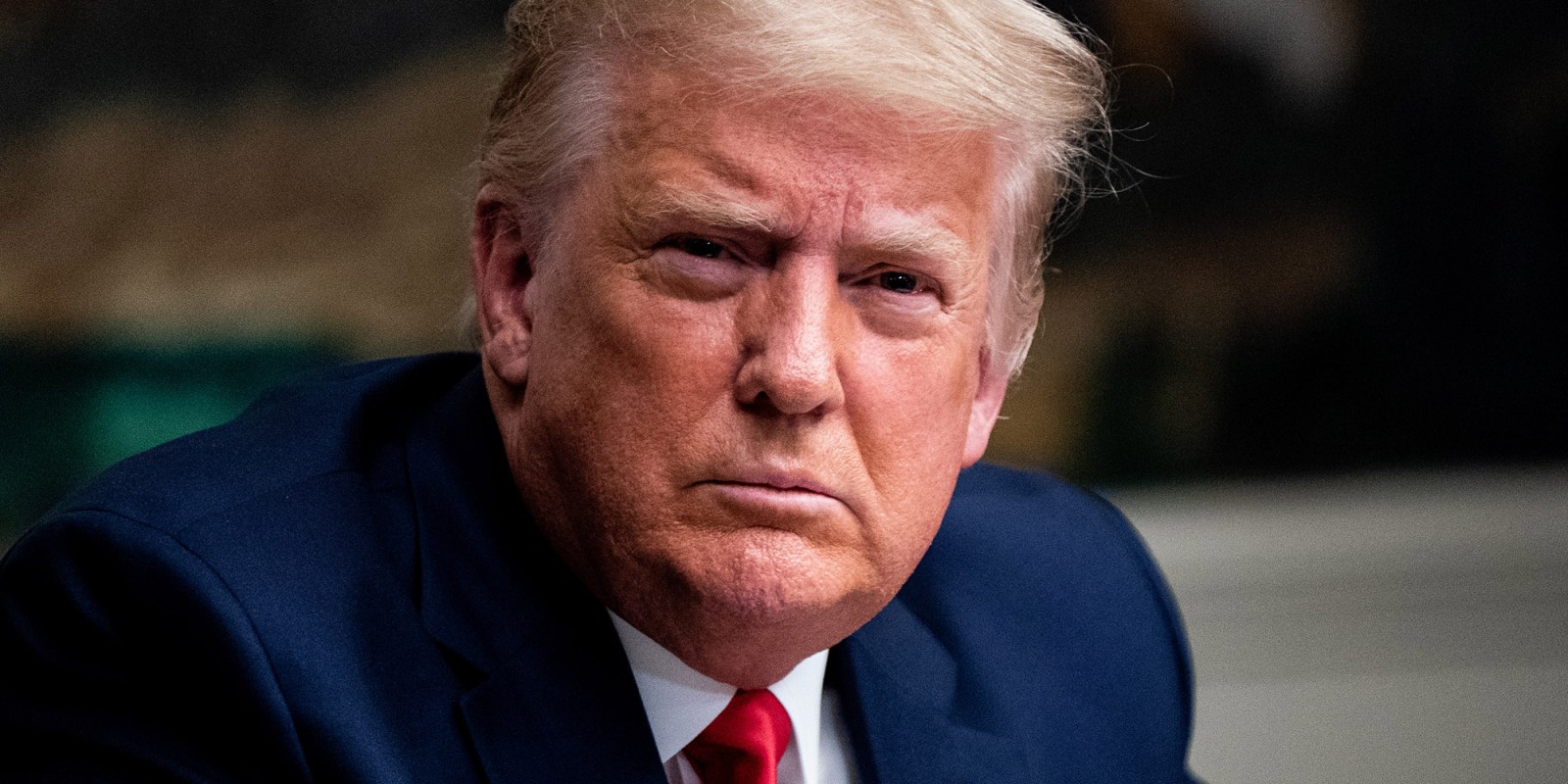 The state of Georgia is on everyone’s mind as they go to the polls on Tuesday, 5 January to vote for their candidates for the US Senate – to decide whether it is Republican run or if the Democrats have the upper hand.

With US President Donald Trump hitting the headlines on Sunday afternoon for all the wrong reasons – again, Americans are ready for a bumper political week, with all eyes on Georgia.

News of Trump’s latest attempt to overturn the Georgia vote overshadowed House Speaker Nancy Pelosi retaining her position when the House voted on Sunday. Voting started at about noon, as the House worked around physical distancing and other Covid-19 restrictions. This will be Pelosi’s fourth term after first donning the Speaker’s mantle in 2007.

The new Congress was sworn in on Sunday and re-elected Pelosi – the Democrats have a smaller majority than in the previous four years, having lost eight seats in the November election.

President-elect Joe Biden congratulated Pelosi on her re-election, calling her “a trailblazing leader” and adding: “I look forward to working closely with the speaker.”

Meanwhile, Trump was exposed on Sunday for trying to manipulate the November 2020 election numbers in Georgia. This follows a phone call he made on Saturday to pressure Georgia’s secretary of state into changing the numbers for the state. The audio of the call was obtained and published by the Washington Post.

The hour-long call has Trump scolding and cajoling Brad Raffensperger, saying: “The people of Georgia are angry. The people in the country are angry, and there’s nothing wrong with saying, you know, that you’ve recalculated.” Because what Trump would really like Raffensperger to do is: “I just want to find 11,780 votes.”

Raffensperger can be heard telling Trump that he is working with incorrect data. But the outgoing president will not be dissuaded, very clearly believing he will get a last-minute reprieve and remain president for another four years: “You know the people of Georgia know this is a scam.”

On Sunday, Trump also tweeted that he had spoken to Raffensperger about voter fraud and found him “unwilling or unable to answer questions… He has no clue!”

I spoke to Secretary of State Brad Raffensperger yesterday about Fulton County and voter fraud in Georgia. He was unwilling, or unable, to answer questions such as the “ballots under table” scam, ballot destruction, out of state “voters”, dead voters, and more. He has no clue!

Speaking at a drive-in rally in Savannah, Georgia, Vice-President-elect Kamala Harris said Trump’s phone call to Raffensperger “was certainly the voice of desperation” and a “bold abuse of power by the President of the United States”.

Harris is in Georgia ahead of the runoff election on Tuesday, to drum up support and get voters to turn out for Raphael Warnock and Jon Ossoff, who are up against Republican incumbents Kelly Loeffler and David Perdue. Biden was expected to put in an appearance in the state on Monday to urge voters to choose blue.

These rallies are focused on getting voters to the polls as about three million Georgia voters have already voted early.

The presence of both Harris and Biden in Georgia attests to the importance of winning the runoff for the Democrats – if they do, they control the House and the Senate. Polls show Warnock and Ossof have razor-thin leads over the Republicans who may need Trump to help get red voters to turn up at the polls. It is, however, not clear whether Trump’s attack on Georgia Republicans will make him a help or a hindrance. Voters also may be confused by his mixed message – why must one vote, if the vote is rigged/stolen, etc?

Senate confirmation of the Electoral College votes is scheduled for Wednesday, 6 January. This “event” is usually mostly a formality but this time looks set for a confrontation, with a number of Republican senators announcing over the weekend that they planned to join Missouri Senator Josh Hawley and object to the certification of Biden’s win.

Led by Texas Senator Ted Cruz, the 11 senators announced on Saturday they would object to certifying state Electoral College votes, saying that “deep distrust of our democratic processes will not magically disappear. It should concern us all. And it poses an ongoing threat to the legitimacy of any subsequent administrations.”

This follows an announcement on 30 December 2020 by Hawley in which he blamed the election outcome on an “unprecedented effort of mega corporations, including Facebook and Twitter, to interfere in this election, in support of Joe Biden”.

About 100 Republican members of the House are expected to add their support to the objections.

Trump supporters are expected to take part in protest marches on the day, with the president himself retweeting tweets inviting people to participate in #MarchForTrump and #StopTheSteal protests on Wednesday.

We are excited to announce the site of our January 6th event will be The Ellipse in the President’s Park, just steps from the White House!

Join us January 6th, doors will open at 7am & you’ll want to get there early!

Trump supporters are planning a huge rally on Wednesday to protest against Congress certifying Biden’s win. Trump started the ball rolling last week, announcing and retweeting details and times. DC police are reportedly bracing for a possible repeat of the knife fights and street battles that followed the announcement that Biden had won the election in November. DM