How Covid put the boot into the beautiful game 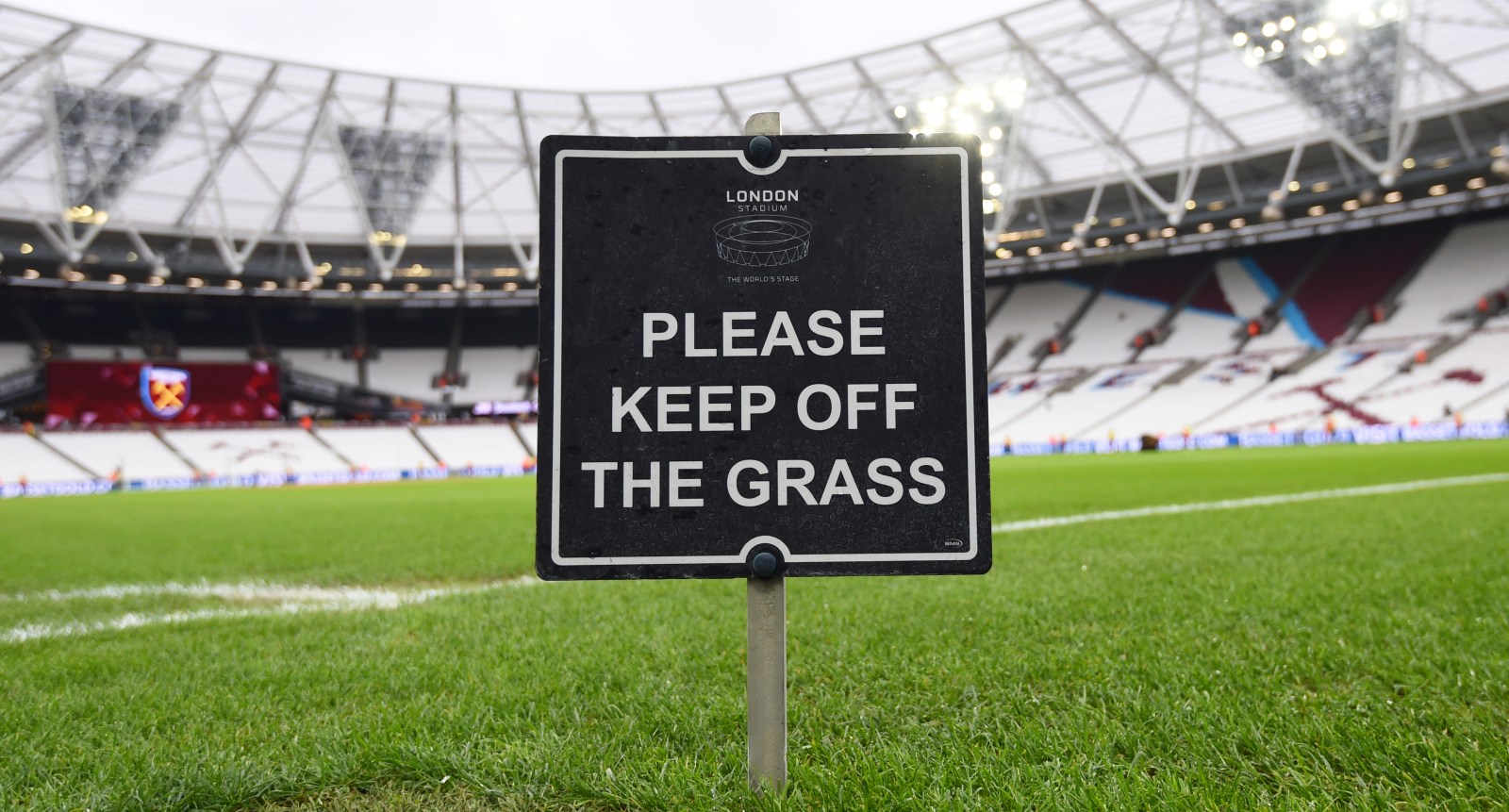 View of the pitch at the London Stadium ahead of the English Premier League soccer match between West Ham United and Arsenal FC in London, Britain, 12 January 2019 (re-issued on 13 March 2020). The Football Association (FA) on 13 March 2020 confirmed that all English Premier League soccer matches have been suspended until 03 April 2020 amid the coronavirus COVID-19 pandemic. EPA-EFE/FACUNDO ARRIZABALAGA

The pandemic brought unprecedented challenges for football in 2020, with livelihoods threatened, and leagues and tournaments thrown into disarray.

In 2020 the unthinkable happened: It became a norm for football to be played in empty stadiums, with obscenities of frustration and exhilaration replacing the roar of raucous fans.

Leagues were suspended worldwide and some even cut short. International tournaments such as the European Championship and Olympic Games were postponed, all due to Covid-19.

The Premier Soccer League (PSL) suspended action in March 2020 after the government declared a national state of disaster and shut down non-essential activity in the country.

There were fears the season would be curtailed, with runaway log leaders Kaizer Chiefs eyeing their first league title in five years.

But the season was salvaged as the PSL executive worked with the South African Football Association (SAFA) to ensure teams returned to a safe playing environment.

It led the way for contact sport to come up with a safety plan that Sport Minister Nathi Mthethwa said met and “in some instances exceeds the required protocol for a safe return to training and to play in a biologically safe environment”.

As much as the safety of players and staff at clubs was important, the PSL had to also ensure it delivered a product to its primary broadcast partner, MultiChoice.

Had the season been called off, it would have lost out on millions in broadcast fees. And with teams already feeling the financial pinch, and keen on cutting player salaries, that would have been disastrous.

As PSL chairperson Irvin Khoza said at the time, it was about “balancing so many sensitive areas of lives and livelihoods”. They did it well, with teams conducting rigorous tests before entering the “bio-bubble”.

Once inside the bio-secure environment, in Gauteng, there were no Covid-19 scares, with the only mishap coming when Orlando Pirates pair Thembinkosi Lorch and Justin Shonga breached the enclosed environment’s protocols.

Some teams struggled more than others in the bio-bubble, including pre-lockdown leaders Amakhosi. In the end they were punished as Mamelodi Sundowns pipped them to the title to claim their third league crown in a row.

The Brazilians went on to win a historic treble, with no fans around to rejoice with them.

The most popular football league in the world, the Premier League, also saw a team celebrate a historic victory in an empty stadium.

Liverpool won their first league title in 30 years in 2020, but due to fans being banned at stadiums in the UK, the players and coaching staff were not able to savour the moment alongside tens of thousands of screaming supporters at Anfield stadium.

However, the Premier League did allow for the Reds players’ family members to be in the stadium as they lifted the trophy.

“It’s an amazing feeling to be able to share it with your family. They are the ones that mean the most,” said Liverpool defender Trent Alexander-Arnold at the time.

“We play for the fans but they [families] are the people that have helped you along the way from a very young age and they are the ones that have seen the dark times and the good times, and it’s amazing to be able to share a night like this with them.”

Since the conclusion of the 2019/20 season, and start of the 2020/21 one, the British government has allowed up to 4,000 fans into stadiums, although cities have different restrictions according to the gravity of Covid-19.

The London clubs have announced they will refund fans who bought tickets for the new season, with the English capital being moved to Level 3 lockdown due to higher transmission levels. Fans are only permitted in areas that are under Level 2 (2,000) and Level 1 (4,000).

While the German, Spanish and Italian leagues joined the English league in picking up the pieces and playing to a conclusion after lockdown restrictions were eased, in other leagues the log positions of teams before Covid-19 were declared final.

The Dutch League was the first major European league to be called off in April. No one was crowned champion, with Ajax Amsterdam and AZ Alkmaar level on points and nine games left to finish the season. No teams were relegated or promoted either.

Ajax, by virtue of their superior goal difference over Alkmaar, received direct passage into the 2020/21 UEFA Champions League though.

The French league was also halted when the government shut down the country. Log leaders Paris Saint-Germain were crowned champions and the two bottom sides, Amiens and Toulouse, relegated with 10 games outstanding.

The relegated sides, as well as Lyon who had hoped to secure a place in European competition, challenged the decision to declare the season in court. Their application was dismissed and the league’s decision stood.

“It is the biggest crisis that football faced in history,” UEFA president Aleksander Ceferin said at the time.

“We all know that this terrible virus that is all across Europe made football and all life in Europe quite impossible. We knew we had to stop the competitions.”

The Olympic Games – in which senior women’s national teams and under-23 men’s sides compete for medals – were also postponed to 2021.

It is still unknown what the gravity of the virus will be in 2021, but the hope is that it will be under control enough for the world, and football, to return to some semblance of normality. DM168