Ultramarathons are in – but are they good for you? 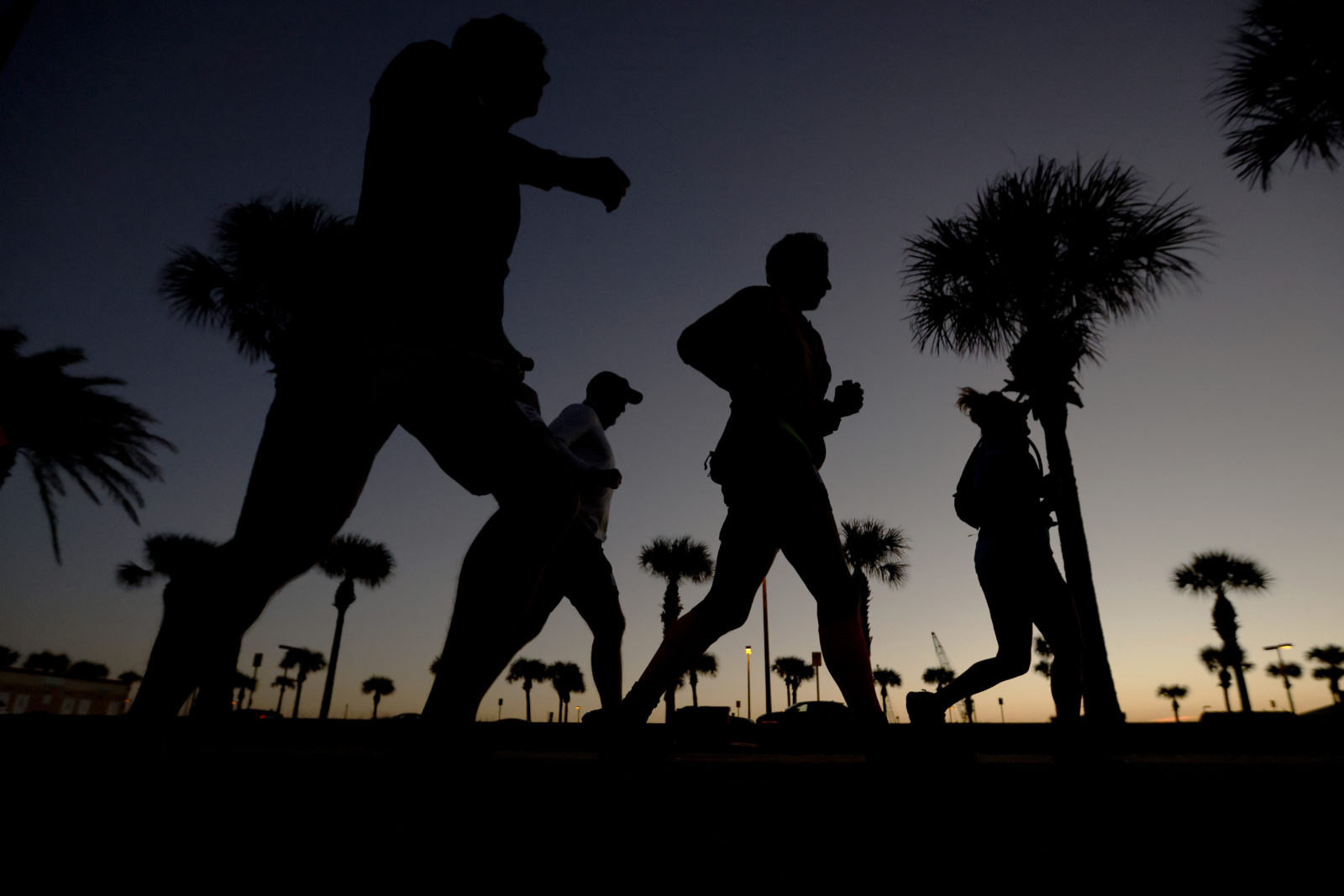 Ultra-marathons are fast gaining popularity, and the more brutal and extreme the better. Should you join the race?

For many marathoners any distance longer than 42.2km is now the benchmark, whether it is trail running or road running. Two of South Africa’s most popular ultras, the iconic 90km road-running Comrades Marathon and the K-way SkyRun100 trail run, have recently had a huge increase in participants.

According to Comrades race director Ronwyn James, numbers have increased by 60% in the past five years. In 2015, 16,630 runners took part and in 2020 it went up to 27,626. Media coverage had helped make it a race to aspire to a bucket-list event.

Most runners do it because they want to prove they are capable of completing South Africa’s most prestigious ultra race, which is also known as the ultimate human race. Recently, the number of female runners has also increased exponentially.

Michael Haast, race director of the self-navigated SkyRun mountain trail, says entries for its 100km flagship race have risen about 50%. Bookings are sold out within an hour of opening; entries are capped at 500.

Haast says most runners do the SkyRun to discover who they are and to push their boundaries to the edge. He finds that women tend to do far better than men as the distance proves that ultras are more about mind over matter, and often women seem to have a higher pain threshold. Running ultras means surviving isolation, coping with high altitudes and unpredictable weather and running non-stop for 30 hours. Haast says the immense highs and lows transform runners and reboot their minds.

But are they good for you?

Dr Jeremy Boulter, head of the Comrades medical team, says running ultras is essentially good if one you prepare properly.

There isn’t enough long-term research on the general population to say that it is bad for the joints and problems can occur if runners don’t do the necessary training, have underlying conditions or haven’t fully recovered from a viral infection.

Running with residual inflammation of the organs puts additional strain on the leg and heart muscles and can be dangerous. So, agreeing on Christmas Eve to run the Comrades six months later is extremely risky.

You need at least two to three years’ training and preparation; running is beneficial – depending on your general health – if you build gradually, which allows the body time to adapt. The most common problems during the Comrades are exhaustion and dehydration.

An ultra is not more intense than a marathon, the difference is that runners need to sustain it much longer; it requires longer and proper preparation. Underlying health conditions such as high cholesterol, which could cause blocked arteries, could surface during a race if the body is put under additional strain, especially the heart. Although running doesn’t cause it, it could manifest during a run. If a runner feels any chest pain or becomes abnormally out of breath they should stop or walk until it disappears.

Any runner or even walker who thinks they have an underlying problem should have it checked before they exercise.

Dr Marcel Jooste, sport physician at Semli (Sport, exercise medicine and lifestyle institute) at the University of Pretoria, says the benefits of exercise are immense for mental and physical health. People who exercise regularly live longer and have a lower risk of developing chronic diseases. The health benefits of running are evident with as little as five to 10 minutes of running, six times a week. Shorter runs at higher intensity and longer runs at lower intensity are pretty much the same.

The benefits increase exponentially up to a certain point as duration and intensity increase, then too much exercise may become counter-productive. The exact point at which exercise becomes dangerous has not been established and will most probably vary according to their genetic make-up and years of running experience. Ultramarathon runners who do not have medical problems and who don’t increase their load too much, should not have any serious complications.

Running strengthens the heart muscles, brings the heart rate down and increases the size of its cavities. Only runners who train more than 100km per week could experience irregular heart rhythms or hardened arteries.

Dr Jooste says most runners participate because of the wonderful escape it provides. They want to test their limits and continuously increase their distance as they progress. The exhilarating effects of endorphins that are released during running are incredible. Any runner who plans to train excessively should undergo a thorough medical check-up to identify possible risk factors. If there are none then the benefits far outweigh the risks.

Bongumusa Mthembu is one runner who thrives on ultramarathons. He has won the Comrades three times and the 56km Two Oceans ultramarathon once. Mthembu said he switched to ultras because he always wanted to test his limits. It was through pushing himself beyond this that he discovered he not only had speed but excelled in longer distances. Ultramarathon running gave him a purpose and it eventually became his life and profession. He now looks at life differently. Running ultras has given him self-respect as well as a deep gratitude for his family who supports him unconditionally in good and bad times. He knows that no matter how well you prepare, things go wrong and you just have to persevere. His success has made it possible to create a life he never imagined, and his family’s appreciation humbles him. He says he will never be able to give up running.

Anouk Baars is passionate about trail runs that exceed 100km. She is a mother of 42 and runs trails here and abroad. Baars, who has been doing ultras for six years, says one of her highlights was winning the Tor des Glaciers in 2019, a 450km non-stop trail run, in Italy. Before a race she visualises every possible scenario and decides how she will cope in the face of adversity. She knows every race brings its own problems no matter how well you prepare. Running 450km non-stop will hurt. It will test your mental and physical limits. Physical exhaustion and sleep deprivation can strip runners of everything, until it is only their spirit that keeps them going. Experience has taught Baars that bad times usually pass after 45 minutes. Eventually your inner strength and consciousness take over. It is ultimately more about being present, keeping on and finishing rather than winning. To deal with the disappointment of not finishing is far worse. Overcoming setbacks makes her grow and become stronger. It is her longing to be the best she can be that inspires her to run ultras.

She admits she is not a natural runner but trains consistently; she hopes her success will inspire other women to realise that ultramarathon running is a mental game and that they can do it, too, if they put in the training. Running has also brought her immeasurable joy. The adrenalin and ecstasy she feels when she reaches a peak is indescribable. It is then when she feels a deep gratitude to be alive and to experience the spectacular landscapes in places few people have been.

Baars says most ultra runners have a story about why they run; if she was forced to stop she would sink back into her deep darkness. Even if she was advised to give it up, she would continue as long as she felt healthy and strong.

Another committed ultra runner who also has a full-time job is Ben Pellegrini. He is a 35-year-old environmental consultant who says his journey into running started in 2011 when he ran his first 8km club time trial. Initially his goal was to run the 56km Two Oceans and the Comrades within 12 months. At the time he was battling an addiction and had come out of a failed relationship. Running was an escape from anxiety and pain. It filled the void and gave him a sense of accomplishment. After completing his first two ultras his next goal was the 100km SkyRun and then the Karkloof100 miler.

Asked why he continues to subject himself to these punishing distances, he says: “I experience massive highs and exhilaration.” He has learnt that huge highs are often followed by post-race blues. To prevent this he sets new goals continually.

And how does he cope when he reaches breaking point? “Well, something I borrowed from my addiction recovery days is that I cannot rely on my emotions, even physical sensations, to dictate how I approach a situation. Emotions are really temporary, and the body and mind can endure a lot more than one believes them capable of.”

His journey with ultras has taught him that he can go much longer than he ever imagined possible. For Ben it is not about the race as such, but the training and the camaraderie among runners. It is the challenge of juggling work, managing injuries and always pushing harder that inspires him to set new goals. Asked if he would stop if it was bad, his answer is short and sweet: “No, I don’t think so!” And that is the case for the majority of ultramarathon runners. Once they have experienced the exhilaration of ultras there is no going back. DM/ML