Our Burning Planet Hero of the Year: Fikile Ntshangase 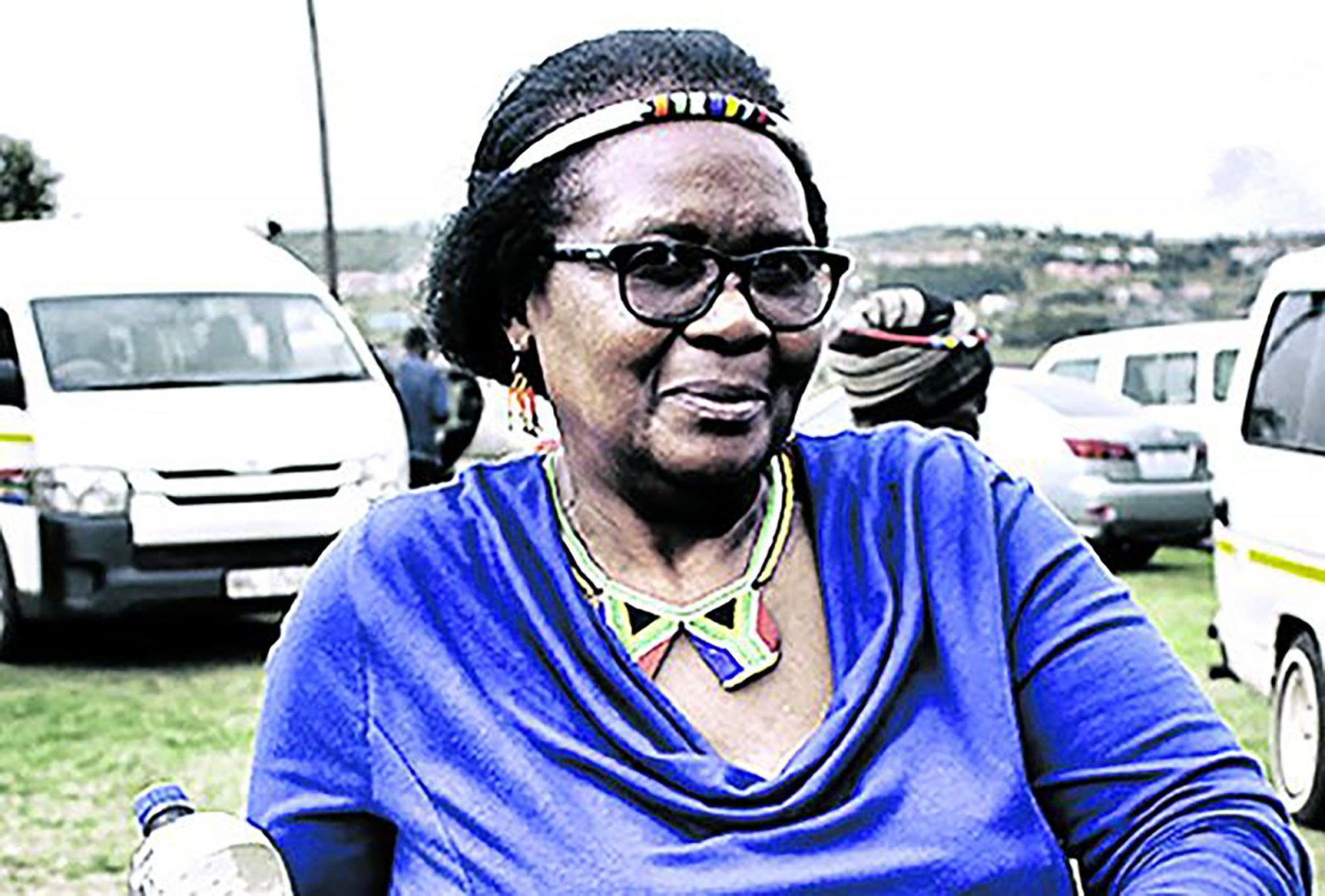 Brutally slain at her KwaZulu-Natal home in October, this environmental defender’s life and murder represent every activist’s fight in an age of high stakes.

First you might dangle some carrots in front of an impoverished rural community. Then you might pin potential job losses associated with those carrots on the environmental activists who oppose, say, the mining company claiming to offer those jobs. This might have consequences.

In the case of Our Burning Planet Hero of the Year Fikile Ntshangase, attorney Kirsten Youens and several environmental organisations have suggested that this, at least, was a strategy employed by a coal miner operating alongside rural communities in northern KwaZulu-Natal. Representing the interests of families living on Hluhluwe-iMfolozi Game Reserve’s eastern border, Youens accused coal miner Tendele of inciting violence among a “deeply divided” local people. Tendele has repeatedly denied this accusation.

In late October, just such a death would rock a Zululand village and the environmental-justice community at large. Fikile Ntshangase’s vicious murder followed in the wake of her stand against the mining ambitions that she insisted were destroying her people and their traditional livelihood.

“At about 6.30pm on 22 October, four gunmen arrived at Ntshangase’s house, where she lived with her 11-year-old grandson, about 500m from the site of the impending mine expansion,” Kockott and Hattingh wrote for Daily Maverick sister publication GroundUp. Living in the village of Ophondweni, near Mtubatuba, “she died of multiple gunshot wounds at the scene”.

Kockott and Hattingh also drew attention to the picture of a pastoral way of life, as captured by documentary maker Anna Prichard for her short film Divided We Dance. “Cows, fields and natural water from the streams…” had been many of the villagers’ heritage for generations before the relocation of people for the mine’s creation in 2007.

It was this ancestral land that Ntshangase, 65 at the time of her murder, had fought for during her brave and principled life as a fighter for environmental justice. “I refused to sign. I cannot sell out my people. And if need be, I will die for my people,” is what she had said, according to a press release by a series of prominent environmental organisations mourning her killing.

Mama Ntshangase, as she was known, had been involved in a court challenge by the Mfolozi Community Environmental Justice Organisation (MCEJO), formed to protest opencast mining and speak for families resisting relocation. She was vice-chair of a subcommittee of this group, which had applied to set aside Tendele’s mining rights for a 222km² area in the Zululand area next to the reserve, granted for the period from 2016 to 2046. The review was due to be heard by the North Gauteng High Court in 2021.

The environmental organisations also accused the coal miner of “pushing” the community lobby group to sign “an agreement” in which it would commit to withdrawing its court challenge of Tendele’s expansion ambitions.

Refusing to sign the “memorandum of understanding”, Ntshangase rejected an alleged offer of a R350,000 bribe, even as seven of her fellow subcommittee members had, in the first week of September, acceded to pressure and signed that document.

“Days before her brutal killing, Ntshangase stated her intention to write an affidavit, revealing that subcommittee members had spoken to her of a payment of R350,000 in return for her signature,” the environmental organisations said.

Reacting to Mama Ntshangase’s murder, Tendele issued its own statement. The statement called, in capital letters, for “CALM AND LEADERSHIP”. It also expressed “sadness and concern” over what it described as a “terrible crime”. It “reiterated condemnation for any forms of violence and intimidation…”

Warnings of “hardships” and “the potential for violence in the area” rang throughout Tendele’s statement. Such outcomes, if job-creating expansion of the mining area was not secured in light of already-depleted areas, could be dire. While MCEJO – traditionally subsistence farmers – had created “not one job”, the statement pointed out, Tendele was something of a benevolent benefactor. It had generated 1,600 jobs “in an area where unemployment is rife”. Besides, the statement held fast, actual operational expansion would be in “less than 10km²”.

“And here’s the irony. I do not need this mine. People who are highly trained, like [mine business development manager Nathi Kunene] and many others do not need this mine. We’ll be fine. The 70 people who have created new businesses may be okay,” Tendele CEO Jan Du Preez told the GroundUp reporters, “but the people shouting and screaming on the sidelines will have nothing; 20,000 people we have trained and [who have] benefited from the mine, will have nothing.”

On the website of its holding company Petmin, Tendele says it takes “compliance to environmental regulations very seriously”. That “extensive measures are in place to manage the environmental impact of our operations”. That it is “regularly audited by the regulators and we have never been found to be polluting the area”. On matters of blasting, surface water, ground water and dust monitoring, it is “committed to operating in an environmentally responsible manner in accordance with its regulatory approvals”.

And while Du Preez and his partners may “be fine”, it is also possible that the Zululand heritage for which Ntshangase sacrificed her life may not. Already, the environmental organisations have claimed that the mine has bequeathed “untold destruction” to the area outside the iconic game reserve.

In their article, Kockott and Hattingh report on alleged social and environmental ills issuing from the mining operations, including villager complaints of noise and coal dust. Blasting is said to have rendered cracks in the walls and windows of villager homes.

These concerns echo the findings of a report produced by the state. Authored by Jenny Longmore, senior planner for provincial conservation agency Ezemvelo KZN Wildlife, it expressed concern over impacts resulting from the mining operations.

“The noise and visual intrusion … into the iMfolozi Wilderness Area is significant in that it is constantly noted by visiting trailists … and Ezemvelo staff,” writes Longmore. She also cites a section closest to the mine as a “hotspot” for poaching rhinos.

“Night-time lighting from the mine has increased the ‘window period’ available for rhino poachers,” she adds.

Ntshangase was also the National Freedom Party’s district co-ordinator. She was one of many environmental activists who in recent years have been intimidated, jailed and killed in the war against unsustainable extraction, industrial pollution and fossil fuel production.

Human Rights Watch researcher Katharina Rall recently reported for Business Day that community activists on the reserve’s border had told her in 2018 that “they had been threatened, physically attacked and their property damaged after speaking out about the health risks of coal mining”.

She further highlights a 2019 Human Rights Watch report in which it “documented how activists in mining-affected communities … have experienced threats, physical attacks or property damage…”

The March 2016 murder of Sikhosiphi “Bazooka” Rhadebe at his Eastern Cape home in Xolobeni is another tragic local statistic. His fight was against the Australian titanium mine Transworld Energy and Mineral Resources, and concerns over ecocide.

On the international front, advocacy group Global Witness has estimated that “some 212 land and environmental defenders were killed in 2019 – an average of more than four people a week”.

Indications are that the faultlines will deepen between activists and industry in a coming decade of critical environmental stakes, and this is unlikely to exclude a country like SA — the biggest carbon emitter in Africa. And when those coal versus climate faultlines deepen, more Mama Fikile Ntshangases and Sikhosiphi “Bazooka” Rhadebes will surely follow. DM168

Our Burning Planet Hero of the Year: Fikile Ntshangase