Hitmaker of the Year: Jiving to ‘Jerusalema’

Creator of the hit song Jerusalema, Kgaogelo Moagi, better known as Master KG, inside his studio at his home in Midrand. (Photo: Phill Magakoe)/Undated: Nomcebo Zikode, whose collaboration with Master KG on the hit song Jerusalema has shattered records. Most recently, it has become the worldâ€™s most identified song on the music app Shazam. (Photographs by Open Mic Productions)

A music year like no other: 2020 has forced South African musicians to not only be creative and think outside the box but also to find different ways to reach their audiences. Online performances became a go-to for local artists, especially as the country went into a nationwide lockdown.

DJs have been at the forefront of the livestream concert trend with artists like Black Coffee, who committed to a residency of virtual shows – the Home Brewed series – alongside the Solidarity Fund to raise money for Covid-19 relief. After raising about R400,000 in a month through crowdfunding, he was applauded by the United Nations Foundation on Twitter for his efforts. The last edition of the Home Brewed series was in May.

House music DJ Shimza collaborated with Channel O for the Lockdown House Party, where viewers could enjoy DJ sets from their homes. The six-hour biweekly show ran from the end of April until September. Young House DJ DBN Gogo featured on the show and credited it as being the first time her mother watched her perform. The show was easy to access for House music fans who don’t have the means to stream shows online but could view it on Channel O. 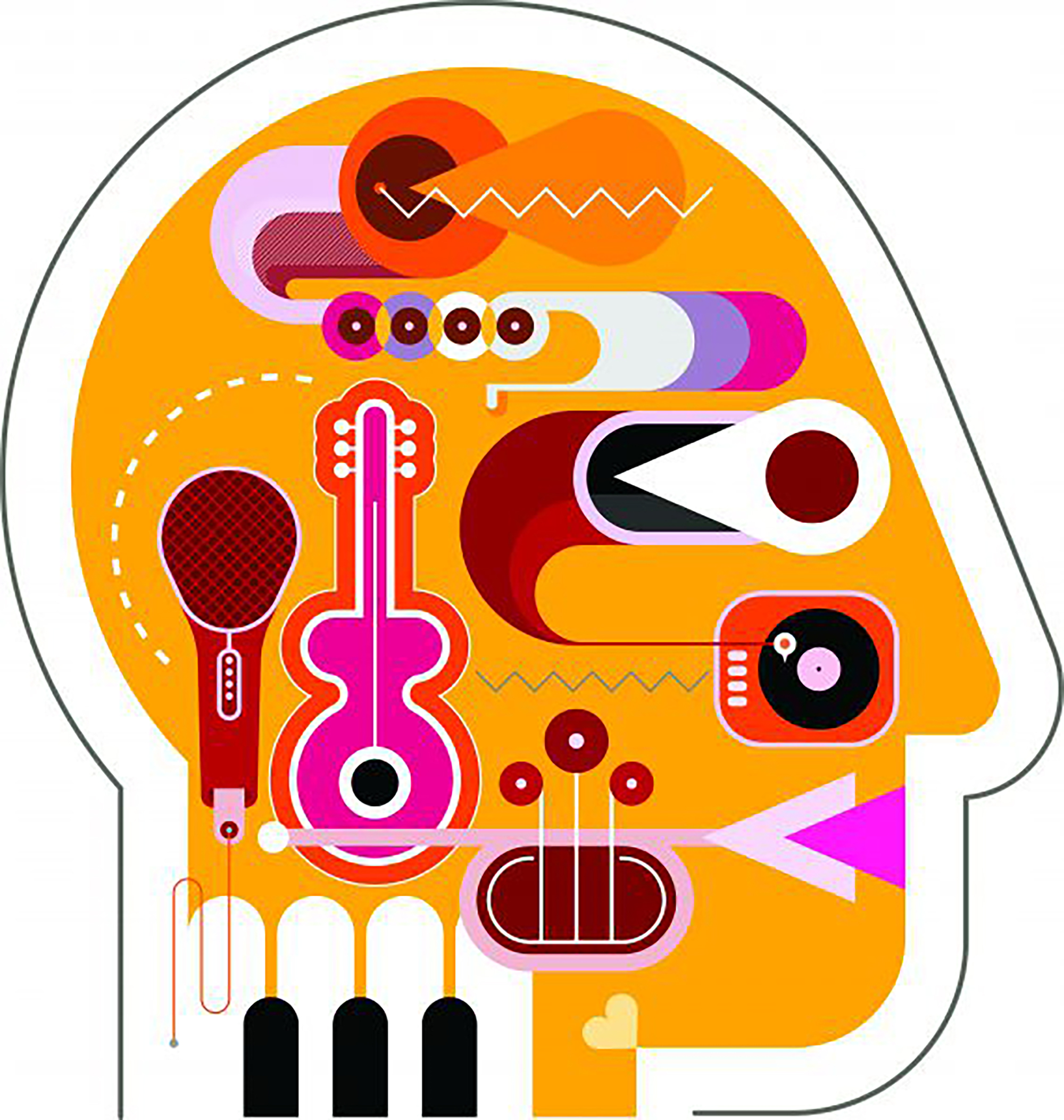 DJ Zinhle hosted a series of virtual lockdown “PJ Parties”, that went from her Instagram live to MTV Base for a wider audience to enjoy. On the weekly line-ups, she prioritised female DJs – both up-and-coming as well as experienced figures.

The artists came together virtually, singing from their homes on a nine-way video call stream. The almost four-minute song included artists Lira, Majozi, Kahn Morbee from The Parlotones, Arno Carstens, Karen Zoid, Early B, Jack Parow, Francois van Coke, Loyiso Bala and Zolani Mahola fromerly (from Freshlyground). Woolworths shared its approval of the song on Twitter by retweeting it and it received a cheeky response from competitor Pick n Pay saying: “Glad you like it. Want a copy to play in your stores?”

The song almost sounded like a festive season jingle; simple, heavy on the acoustic guitar with the artists singing in unison like Michael Jackson and friends’ We are the World.

Pop vocalist, singer and songwriter Majozi launched a series of posts under the hashtag #LockdownMaj in May to give people a reprieve during the peak of the lockdown. In the posts, the musician shared with his followers how he was dealing with the lockdown in entertaining, sometimes silly, often compelling posts. He would be seen cleaning his flat and narrating it like a commercial; “Handy Andy for a handyman,” he would say, and would show off his goofy smile and questionable dance moves. He also shared other mundane activities like going shopping, learning new dance moves, exercising, baking and writing a song with his girlfriend.

Hitmaker of the Year Winner: Nomcebo Zikode and Master KG

“Nomcebo Zikode’s vocals in Jerusalema chill the spine and curl the hair on the back of your neck. It is largely due to her vocals that the song, and Master KG’s empathy and genius, shimmer up in a slow tempo before doubling up into a fiery dance anthem,” says Bongani Madondo in a Maverick Life article about the Jerusalema song’s impact, published in August 2020.

Behind the vocals is 34-year-old songstress Nomcebo Zikode, simply known by her first name, who has been in the industry for more than a decade. In 2019 she was nominated alongside DJ Ganyani for a South African Music Award (SAMA) for Record of the Year for Emazulwini.

It’s also been a breakthrough year for Kgaogelo Moagi aka Master KG, the producer of the crossover House and gospel number Jerusalema. The almost 25-year-old Tzaneen-bred artist has been streamed more than 140 million times on Spotify so far this year, across 92 countries.

His 2019 hit was catapulted into international fame after an Angolan dance group, Fenómenos do Semba, started the #JerusalemaDanceChallenge in February this year. The gospel song is in isiZulu, with House music sounds mixed, giving it a slowness that can be slightly unusual for a popular South African dance tune.

Moagi has been active in the industry since 2016, the same year he released his first single, Situation. The song also features on his 10-track debut album, Skeleton Move, released in 2018. His work on his debut album won him an award at the All Africa Music Awards (AFRIMA), for Best Artist/Group in the African Electro category.

This year, Master KG also walked away with a staggering four awards at AFRIMA in the Artist of the Year, Song of the Year, Best Collaboration and Best Male Southern Africa categories. Most recently, a French music station NRJ awarded him with a Best International Song for Jerusalema.

The deluxe version of his sophomore album, Jerusalema, was released on 18 December. The album features local House music mogul DJ Tira, vocalist Makhadzi and international Afrobeats star Burna Boy on the Jerusalema remix. The remix was recently included on Jay-Z’s Tidal Top 40 Songs 2020 list. The accolades and records are plenty for this song and it almost goes unnoticed that it got snubbed by the SAMAs this year.

And the Runners up are:

Singer and composer, Zolani Mahola known as the frontwoman of world music band Freshlyground and who went solo last year, collaborated for an online concert with the Good Things Guy, an online news site that prioritises sharing good news that comes out of the country.

Mahola’s concert started The Sessions for South Africa back in April 2020, and the initiative aimed at helping local artists deal with the blow of the pandemic – which not only disrupted the live music industry but also left many creatives without a job or a way to earn a living. Tickets were priced at R10 and proceeds went towards supporting artists as well as the South African Solidarity Fund.

Her work during lockdown didn’t end there – she also became an ambassador for the #GiveHerACrown campaign, which is aimed at empowering South African women and fighting gender-based violence. She wrote a song for the campaign entitled Remember Who You Are, which was released at the end of November. In her ethereal vocals, she’s defiant in her message that reminds women of their value. “We are more than these bodies/We are more than these stories,” sings Mahola.

In May, Cape Town-based electronic music DJ and producer Max Hurrell released Zol, a single that quickly went viral. In it, the musician mixed a snippet of Cooperative Governance Minister Dr Nkosazana Dlamini Zuma’s speech where she justifies the tobacco and cigarette ban, with different catchy beats. It’s a down-tempo song with an almost deep House aesthetic, which makes the mocking of Dr Dlamini Zuma’s explanation of how easily the virus can be transmitted through sharing normal and rolled-up cigarettes even more striking and comical.

Hurrell posts funny skits on his Instagram account regularly and the Zol song wasn’t the first time he’s turned a moment in South African politics into a song that his fans can laugh and dance to. One of his many remixes includes a sort-of compilation of the EFF’s outbursts during the State of the Nation Address, or beats following former president Jacob Zuma dancing, or supporting Mmusi Maimane as he vehemently criticises the ANC.

Ironically, and showing a certain sense of humour, Dlamini Zuma responded to Zol in a tweet: “Well done on entertaining the nation during this difficult period while maintaining respect for your trade. I hope you will continue to use your platform to empower and inspire others now more than ever. Good luck!”

The song reached number one on Apple Music in the “Top 100 most played songs in South Africa” and reached similar success on the Spotify charts, where it was streamed more than 2.7 million times this year, according to Spotify’s #2020ArtistWrapped.DM168