The trials, tribulations – and treasures – of a trip to the UK to meet our first grandchild 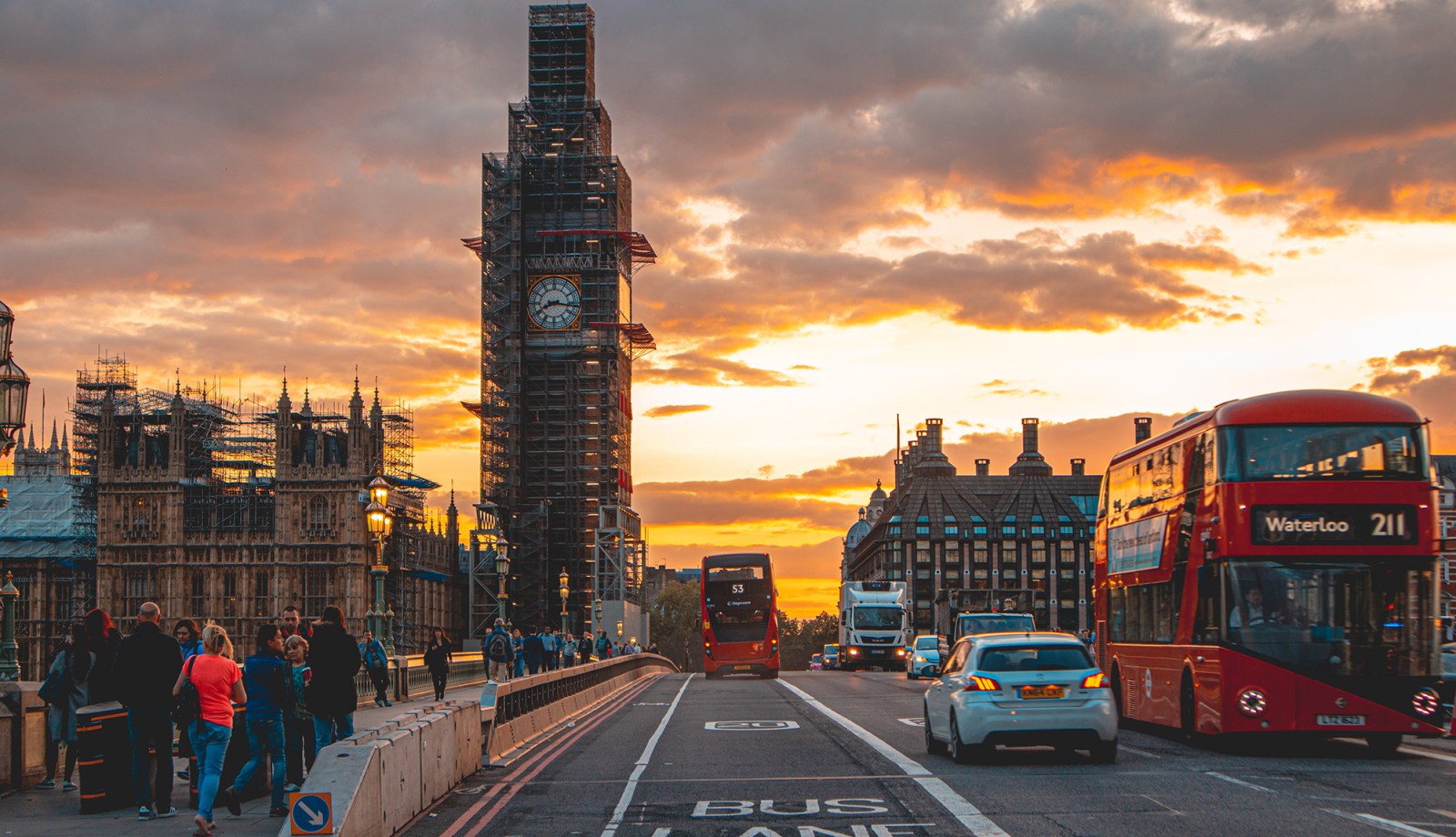 Photo by chan lee on Unsplash

Our trip to visit our first newborn grandchild Mia in the United Kingdom in April was thwarted due to the arrival of the Covid pandemic. Eight months later, we finally set off from South Africa to meet Mia in a family trip that coincided with the Christmas-New Year break. Here we have been blindsided by the chaotic force of the second wave, where South Africans have been labelled ‘pandemic pariahs’.

On April 7, 2020, Mia Nicola Hyson was born in London. This little event was cause for some celebration to us in far away Cape Town: she was our first grandchild.

We booked to fly to the UK later that month but that, of course, never happened.

Instead, we kept track of Mia’s growth via photographs and videos from our daughter and WhatsApp video calls.

Over eight months we watched from a distance as she got her jabs, discovered her voice (loud and bold), started scooting around on her bum and then crawling tentatively. We fell in love with her over our phones.

International travel started again and we booked to fly to the UK, a trip that would span Christmas Day and New Year’s Eve. Daughter Kate and her partner James had moved into the country now and we imagined ourselves eating a sumptuous Christmas lunch – beef, turkey, lashings of gravy, veggies in a cheese sauce, jugs of mulled wine and so forth – next to a raging fire as the snow piled up outside. And, of course, lots of bonding with the baby Mia. We would also get together with our two younger children, who live in London, and hopefully enjoy a lunch or two in the lovely English pubs.

As the December 12 departure date loomed there were some unfortunate harbingers – Covid19 numbers in both South Africa and the UK were on the rise.

Perhaps foolishly, we pressed ahead.

The departure from Cape Town international was unsettling.

There was, unusually, no queue in customs: a single official in one of the lines of booths welcomed us with a smile, asked us to take off our masks so he could match us to our passport photographs, stamped the documents and waved us through.

I’ve travelled a bit and no customs official, anywhere in the world, has smiled at me before: I am used to them being self-important, officious and impatient.

The departures lounge was mostly empty and about half the shops were open, the others shuttered and in darkness. Shop assistants ambled about listlessly and a few people drank beer or ate toasted sandwiches in the restaurant.

We bought Mia a cuddly toy lion at the duty-free shop and boarded our flight. The back rows were called first to avoid queues, then others towards to the back, those in the middle and so forth. I liked that the business/first class types at the front were called last and we did not have to walk their smug gauntlet on the way to our cramped quarters.

The plane was only 40% full, so we in the cattle quarters could in fact spread out and sleep a bit more comfortably (although the designers of the Boeing Triple Seven might want to do something about the bulky seat belt housings, which dig into your ribs when you have three seats to yourself and stretch out).

The next morning we landed at a very quiet Heathrow Airport. By the afternoon we were in the countryside and had met the gorgeous Mia. She laughs easily and seemed to welcome us with her warm blue eyes, but took a few days to get used to the strange couple who directed a never-ending stream of ridiculous baby babble at her.

Kate and James live in Shellingford, Oxfordshire, a village of only 173 people and one church – there is not a single shop or cafe or pub. It is about an hour’s drive from Oxford and nestles in the Vale of the White Horse, a beautiful part of England.

We took walks in the muddy countryside and admired the ancient, grey houses decorated with delicate Christmas lights that glowed white and red in the dark and cold evenings. A sort of electric frost.

Then, about a week before Christmas Day, Kate started feeling ill. Her body ached as it sometimes does before flu and her eyes were sore: as if her eyeballs were ‘swollen’.

She and James took a Covid19 test. Mia seemed a bit niggly too.

Our younger children had busted out of London as it was about to go into a Tier Four lockdown. We moved with them into a guesthouse about 400m from Kate and James and Mia.

A night or two later we watched, horrified, as UK health secretary Matt Hancock told the world via television news channels that a new, particularly virulent strain of the virus had been introduced to the UK from South Africa. Anybody having contact with South Africans who had travelled to the UK within the past fortnight should isolate for 14 days, he said.

We were pandemic pariahs. Common sense dictated anyway that we lie low, but we tried out Australian accents … just in case.

Kate and James got their results back: both were positive. They were required to isolate – as were we for having been in their proximity – so our Christmas Day family reunion was doomed.

December 25 arrived and we were stuck in our guesthouse. An artificial Christmas tree flickered lazily in the corner. Its lack of any seasonal zest made it seem like it was mocking us.

All masked up, I fetched our portion of the uncooked Christmas meal from Kate and James and we later watched on Zoom from our respective households as the other opened presents. Mia – by now back to fine health – made merry with the colourful Christmas paper and ignored the presents they had contained.

In the evening we cooked and ate our Christmas meals in the two venues and shared photographs on WhatsApp. Not quite what we had planned, but it was fun anyway.

Meanwhile, Hancock announced that all flights from the UK to South Africa had been stopped. We had no idea – and still don’t – whether we would be flying home on January 7, as scheduled.

Could it get any worse? Yes, as it happens. Grandma Nikki had started getting flu-like symptoms. Our two younger children, Kirsten and Robynne, were not feeling that chipper themselves. I was feeling extremely lethargic and one night slept from about 7.30pm to 9am.

We ordered a test, which arrived via Amazon, and were soon prodding the swabs into our noses and throats. Not a great experience, but we got it done and posted them back.

Two days later we got the news from the UK’s National Health Service (NHS): Nikki, Kirsten and I had Covid19. Somehow Robynne tested negative in spite of being in close proximity to us all for several days.

Now we must quarantine until not long before we hope to go back to South Africa, and then get another test to see if we are negative and allowed home.

All of which has turned our much-anticipated holiday into a mess.

But there have been compensations. The biggest has been getting to meet wonderful Mia. Would we do it again if this was the only upside? Yes.

A minor – and no doubt petty – plus is that in spite of Hancock’s outing of the horrible SA variety of the virus, we must have picked ours up here in the UK. We would have been mortified to add evidence to any suggestion that we are a nation of super spreaders.

And then an unexpected one: like other South Africans we had been worrying about the trajectory of the country after the PPE tender scandals, and irritated that racism and race-baiting seem to have again become an everyday part of the national conversation.

A break would be a good thing, we thought.

It would be silly to judge the UK on the basis of our unfortunate experience, but lying around watching endless newsreels on TV in between sleeps has given rise to some contemplation and new perspectives about our home country.

And right now I cannot wait to get back, ride my bicycle in the beautiful mountains and breathe that fine African air. DM