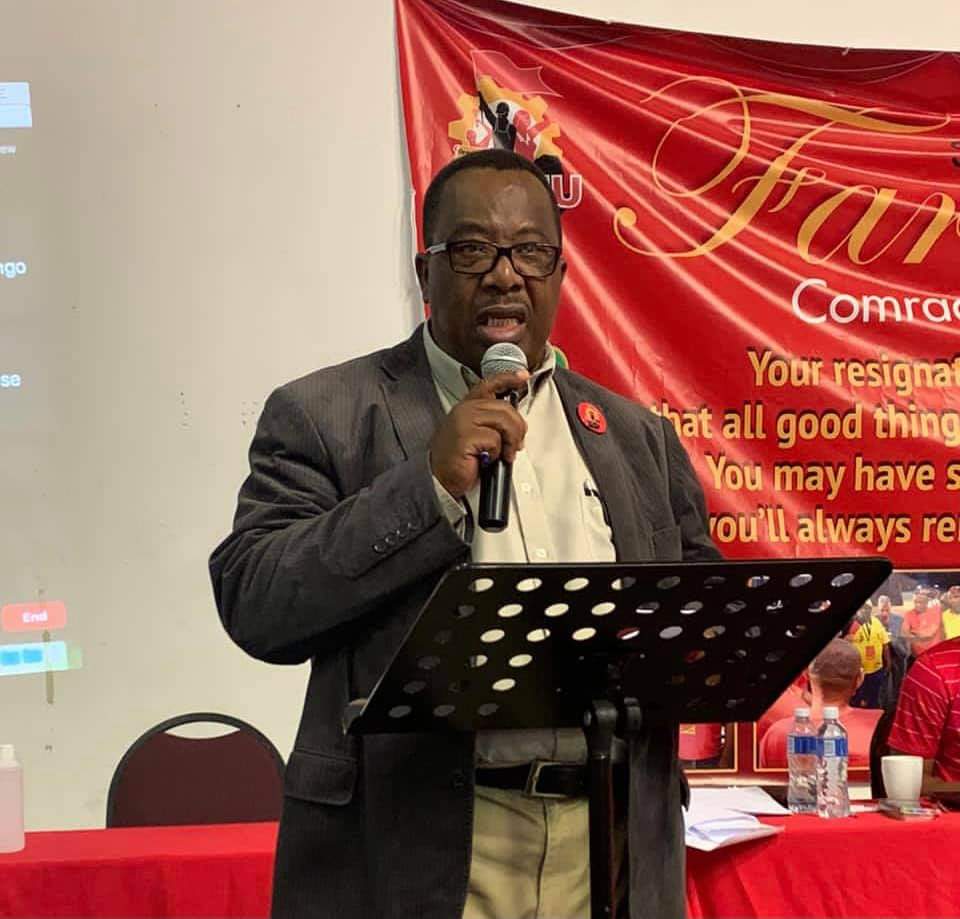 During the early hours of Christmas Day, 25 December 2020, the life of Patrick Bayo Mkhize came full circle; marking both the birth and death date of this iconic trade unionist, and struggle and contemporary grassroots activist.

A 60-year-old black consciousness movement (BCM) stalwart, Mkhize succumbed to the Covid-19 virus, exacerbated by pneumonia, while hospitalised at Durban’s St Augustine’s Hospital. Mkhize was the serving general secretary of the Transport Retail and General Workers’ Union, an affiliate of the South African Federation of Trade Unions.

According to Mkhize’s daughter, Tracey Fared: “The Mkhize family would like to implore community members to remember our social obligation to our communities to protect and shield our elders and vulnerable members from the Covid-19 pandemic which is devastating our close-knit communities. We all have a social responsibility to practise social distancing, follow prescribed protocols and avoid risky behaviour that may increase infection.”

Mkhize, who lived in the heart of Wentworth, located in the Durban South Basin, was part of the vanguard of the Auswent Civic Association, which advocates the upliftment of the community of Wentworth, ensuring the provision of much-needed social infrastructure, including the Austerville Community Hall and Collingwood Tennis Court. Mkhize was recognised for his bold activism directed at healing community divisions, fighting racism, and eliminating race and class inequities.

At the age of 16, Mkhize was involved in the 1976 uprising during which black learners clashed with apartheid security machinery to protest against Afrikaans being enforced as the compulsory language of instruction. This young firebrand soon became a target for the apartheid security police.

It was during this period that Mkhize’s political activism drew him to the BCM ideology – to which he remained true to throughout his life – even at great personal cost. While Mkhize was a Bachelor of Law (LLB) student at the former University of Durban-Westville, he was forced to abruptly terminate his academic pursuits due to the retraction of his student bursary. This was directly linked to his political activism, aimed squarely at dismantling the apartheid state.

Mkhize was an intellectual who joined forces with Steve Biko, Strini Moodley, Khotso Seatlholo and other like-minded revolutionaries. At the age of 25, Mkhize was a seasoned political leader – he was detained without trial at Westville Prison alongside the late Keith Joseph. While imprisoned, Mkhize and Joseph worked to politically conscientise fellow inmates and spearhead prison reform.

Mkhize will be remembered for his unwavering commitment and leadership towards social justice, labour rights, the bridging of inequities and the empowerment of grassroots community structures. He is survived by his wife and comrade Thandie, daughter Tracey and son Leon. DM