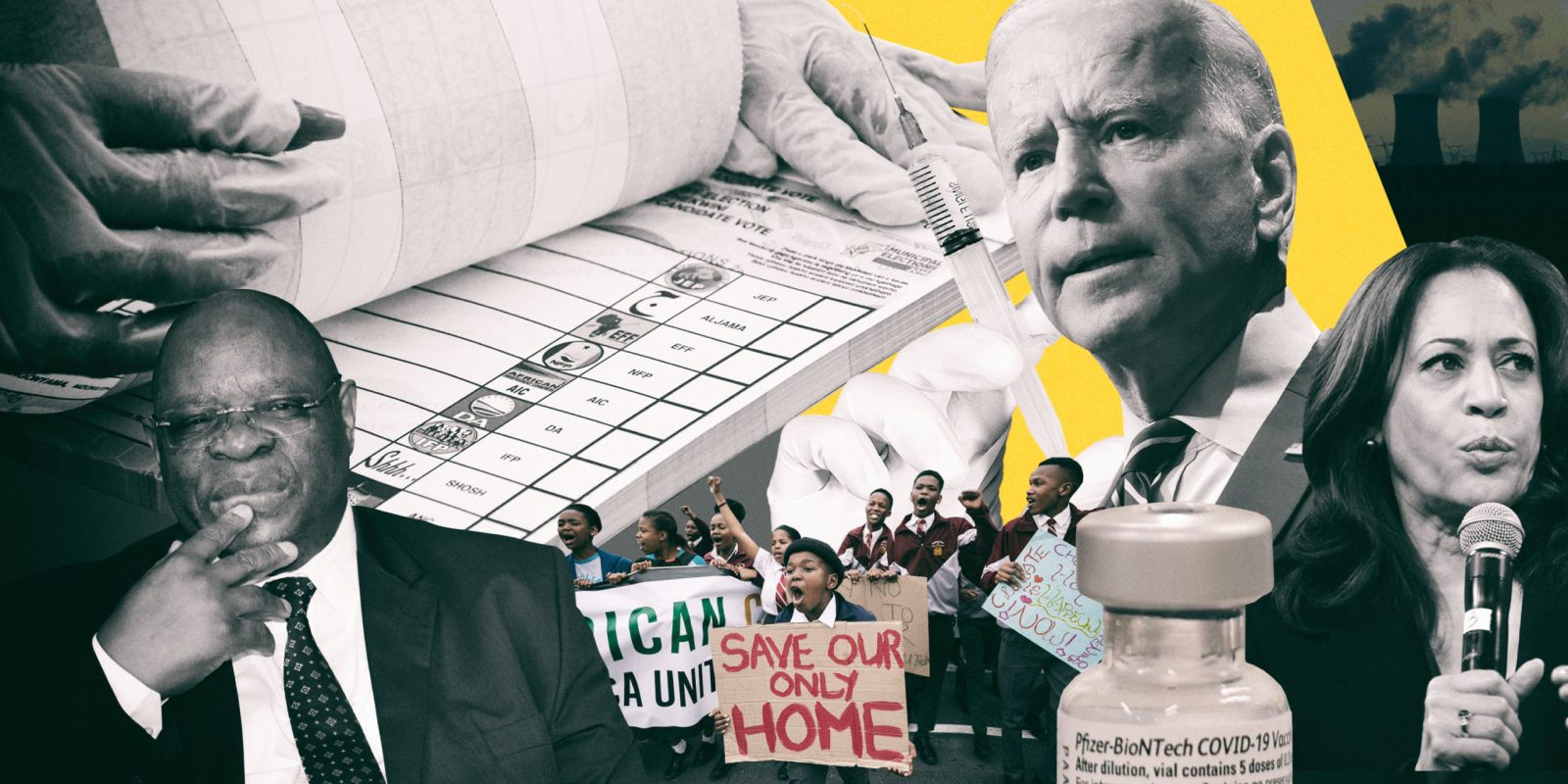 While we all wish 2021 would start with a clean slate, it won’t. Many key themes from annus horribilis 2020 will be with us well into the new year.

It’s clear that the global scramble for vaccines will be decided along economic rather than moral lines, and there is controversy about the number of doses already snapped up by rich Western nations. (Canada has already bought enough to vaccinate every citizen five times.) There are huge economic advantages to getting populations vaccinated as soon as possible. But almost nothing about the process is going to be simple for South Africa. Rolling out the vaccine is expected to be prohibitively expensive – R5-billion to almost R17-billion to inoculate 60% of the population – and there are logistical challenges to inoculating rural populations. Many of the details of South Africa’s access to the vaccine are still unclear, but the Health Ministry expects to receive doses for “at least 10% of the population” by “the second quarter of 2021”. Hopefully, the jab arrives before winter with its increased disease burden.

If things were looking dicey for South Africa before Covid-19, it’s no exaggeration to say the pandemic has left things positively perilous. An estimated 1.7 million people lost their jobs during lockdown, and scores more positions were casualised. Experts say that how well and fast the domestic economy pulls itself out of the doldrums depends largely on how soon “normal life” can resume, but with a second wave of Covid-19 and access to the vaccine months away, normality will probably not return any time soon. The tension between Treasury and unions over the bloated public service wage bill (a whopping R639-billion annually for 1.2 million employees) looks set to continue, as does union opposition to job cuts at the ailing state-owned entities. If Finance Minister Tito Mboweni can’t push through the fiscal reforms he has promised, South Africa can expect to be punished again by ratings agencies.

This year has taught us not to count on anything being set in stone, but as things stand, local government elections will be held between 3 August and 3 November 2021. It’s a good bet that none of the major political parties is very excited about it: the EFF and the ANC wanted the polls postponed, and the DA’s drubbing in recent by-elections suggests it needs all the extra time it can get. Then there’s the notorious cost of election campaigning, at a time when many are feeling the pinch: the ANC has repeatedly struggled to pay salaries in 2020, and the EFF is known to be short of cash, too. However, the IEC predicts the municipal elections will be the most hotly contested to date, with possibly about 76,000 candidates nationally. In past municipal polls, the ANC has underperformed and opposition parties gained ground. But the real question is voter turnout. Even in “normal” times, in 2016, voter turnout was only 58%.

Like it or not, America’s actions affect the rest of the world. The Biden administration will take positive action almost immediately by returning the US to the Paris agreement – the legally binding international treaty on climate change. There are hopes, too, that he will soothe tensions with Iran, relaxing some sanctions and opening the door to new nuclear talks. He will try to build bridges with the Muslim world, including overturning Donald Trump’s travel ban on citizens from Muslim-majority countries. Biden is also expected to return the US to the World Health Organisation and repair relationships with bodies such as Nato. But conflict with China may persist; the president-elect has talked tough on the need for China to be held accountable for unfair environmental and trade practices. It is hoped the Biden administration will give rise to calmer economic waters globally, which would help South Africa.

Every year is laden with public expectation directed at the head of the National Prosecuting Authority (NPA), perhaps more in 2021 because of the number of important cases that may play out in court – from the corruption trial of ANC secretary-general Ace Magashule, to the corruption trial of seven top executives from the collapsed VBS Bank, who are expected to be joined by others. Then there’s the endlessly deferred (15 years and counting) corruption trial of former president Jacob Zuma. Magashule’s case has heightened expectations for more high-profile arrests soon: two former cadres who should be feeling the heat are former mineral resources minister Mosebenzi Zwane and former water and sanitation minister Nomvula Mokonyane. Batohi will be under pressure to produce something special in 2021, since the NPA’s conviction rate has dropped on her watch.

COP26, the 2020 annual UN climate summit, had to be postponed due to Covid-19. Now it will take place in Glasgow in November 2021, giving campaigners more time to cajole governments into more impressive emissions cuts. One silver lining of the pandemic is that global CO2 emissions dropped by about 8% as a result of reduced economic activity and global travel. Those levels will almost certainly bounce back as economies rebound, but optimists might hope the general sense that “business as usual” cannot prevail will extend to the climate. The Economist notes that several countries, including Canada and France, have imposed climate-related conditions on bailouts to other nations. But others, such as China, have recovery plans to which coal is central, and have declined to join the commitment to reach net zero emissions by 2050. Biden has vowed to make the US an international leader on climate change, and there will be many anxious eyes on him in 2021. As Extinction Rebellion likes to remind us, the clock is ticking.

The Commission of Inquiry into State Capture, helmed by Judge Raymond Zondo, has until 31 March 2021 to finish its work. No more runway is likely to be given: in the court ruling granting the commission an extension until the end of March, Judge Wendy Hughes said: “In my view, further extensions would not be warranted.” (Although, Hughes was handing down judgment before the pandemic.) There will be enormous pressure on Judge Zondo to produce a final report that will justify the commission’s timeframe and bill. But given the commission has no prosecutorial powers, its conclusions, however harshly worded, probably won’t meet much satisfaction unless they are rapidly followed by legal action. There is also the lingering problem of Zuma’s refusal to cooperate with the commission, which has been kicked to the Constitutional Court to rule close to yearend. If the commission has to conclude without proper testimony from Zuma or the Guptas, can it be said to have thoroughly probed State Capture?

While going out and socialising remains a perilous business amid Covid-19, many of us have turned to TV for entertainment and escape. Hollywood and other film industries around the world have been pretty much closed for most of 2020, which means you can expect to wait a lot longer for new series. Vanity Fair reports that “only a fraction of film and television projects have resumed production”. In the first quarter of 2021, in particular, new quality TV entertainment is likely to be thin on the ground. Get ready for a lot of old shows. But all is not lost. The archaic form of escapism known as reading is still very much alive. In fact, record sales were reported in 2020 as people rediscovered the comfort of a good book. TV is so last season. DM