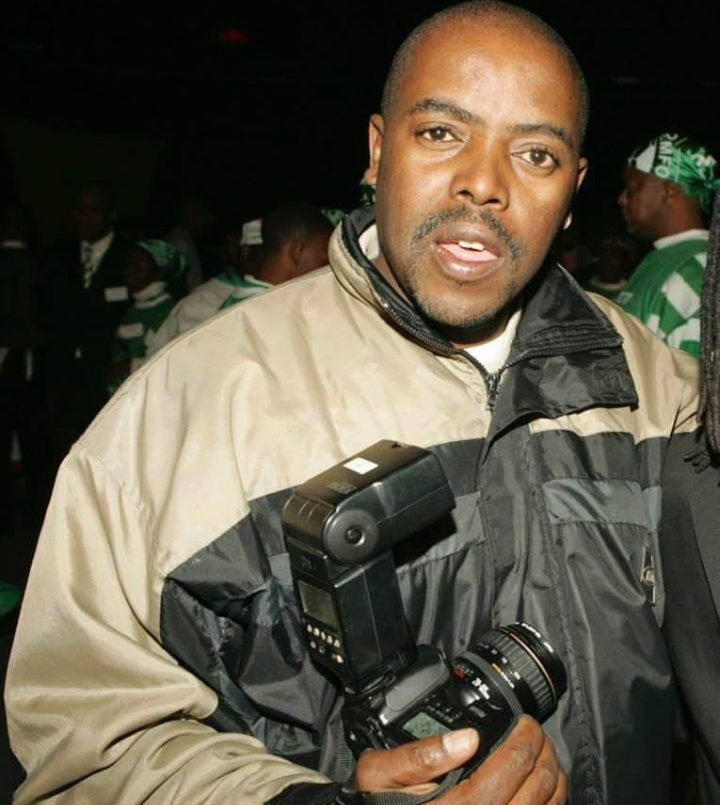 Nxumalo lost his battle with cancer on Sunday evening after a long struggle against the disease at his Orlando East home in Soweto, where he grew up, surrounded by his family. He had just turned 51 on December 2 2020.

“We have known and loved Lucky for his incredibly positive and exuberant attitude, and genuine and kind spirit, that touched all of us. It shone ever so brightly in his work through his lens. The journalism industry is poorer without his contribution. He will be sorely missed by the Daily Sun family and our deepest condolences go out to his wife Tumi, his six children and his family. Funeral details will be shared in due course,” said Daily Sun’s editor-in-chief, Mapula Nkosi.

Nxumalo first picked up a camera in his teens, earning money as a street photographer. His journalism career as a photographer started in the mid-1980s with several freelance gigs at local magazines and newspapers.

Having excelled in covering various beats, including entertainment, hard news and sports, he was one of a rare breed of journalists who had a talent to connect with people from kings to hawkers with admirable ease. Nxumalo nurtured all these relationships that turned his contact book and sources from all spheres of life into the envy of many journalists. Young journalists who worked with him over the years were, as a result, mentored and eased into journalism using his impeccable sources.

Colleagues speak in awe of his unlimited kindness, where he would always end up helping the subjects in the stories he had covered and would keep in touch with them for years to come. In his early years, he loved documenting Mzansi’s showbiz stars, particularly documenting the life and times of Brenda Fassie and other iconic showbiz trailblazers of the 1990s.

“Lucky knew a lot of people and he had good contacts. I remember he was invited to Kenny Kunene’s 40th birthday party in Sandton and the ‘King of Sushi’ ate sushi off a bikini-clad model. City Press was the only publication that had the picture on that Sunday and Lucky had taken it,” former Sowetan and City Press picture editor, Ruth Motau, recalled some of his exploits.

The Sushi King and that iconic picture have since become part of the history of an intriguing moment in Mzansi’s popular culture.

Photographer Neo Ntsoma described Nxumalo as “an exceptional photographer, a true friend, and a gentleman who always made sure that female photographers felt safe around him, even when out in the field covering assignments that were somehow compromising our safety”.

“He would often shield us from possible danger or even offer to carry our camera gear just like a true big brother whose main concern was to protect the lives of those he cared for the most. The industry has lost a true lensman. Lucky Nxumalo was a legend in his own right. He was truly dedicated to his craft. What a loving soul we have lost. I feel blessed to have crossed paths with him in his lifetime,” said Ntsoma.

Outside showbiz, Nxumalo kept pace with his many police contacts, covering raids and arrests, and he was equally at home on the political frontlines, recording the turbulent 1990s protests, or at the Soweto Derby, covering soccer. A former colleague, Antonio Muchave, recalled how Lucky practised for weeks to master the art of taking sports pictures. This turned him into a regular feature at all the big soccer matches during the 1990s and 2000s.

At the time of his passing, Nxumalo had been Daily Sun’s photographer for the past 12 years since 2008. He also did most of the photographic work for Sunday Sun. Before working for Daily Sun, Nxumalo had worked for the Sowetan and City Press, and was also a freelance photographer at Bona magazine.