Blue Flag award no guarantee the water is clean 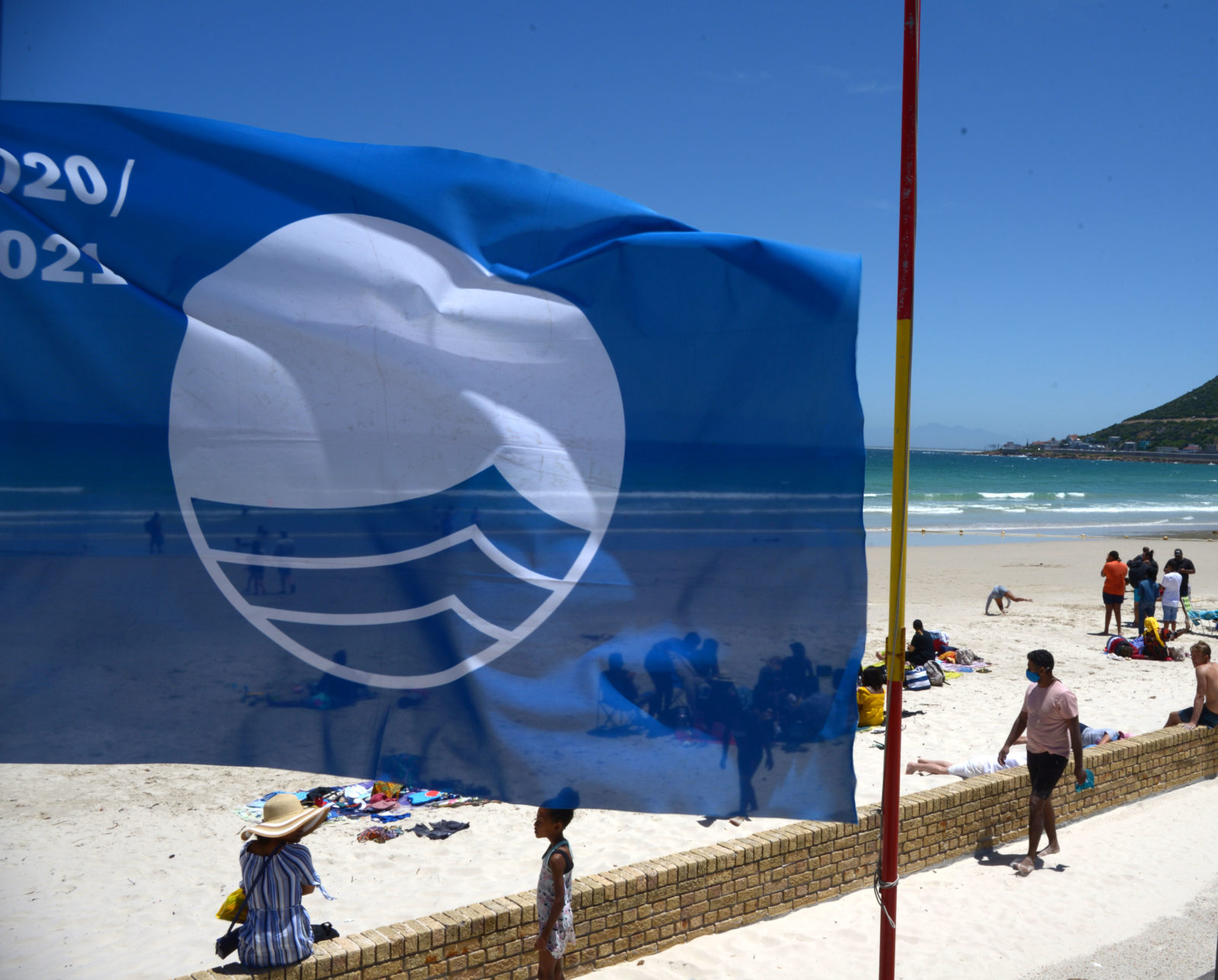 Flapping in the wind… The Blue Flag awarded to beaches is criticised as having little relevance to the health of the marine environment. Photo: Steve Kretzmann

The validity of the coveted Blue Flag status, which has been awarded to 48 beaches this summer season, has been brought into question as three of Cape Town’s ten Blue Flag beaches suffer from chronic water pollution.

The Blue Flag is awarded by the Wildlife and Environment Society of SA (Wessa) and with its promise of clean beaches and user-friendly facilities, is seen as a tourism drawcard over the summer holiday season.

The City of Cape Town celebrates its receipt of Blue Flag awards, and has directly spent R420 000 this season on preparing for, and complying with, the Wessa programme, according to the City’s community services and health mayco member Zahid Badroodien.

But the City of Cape Town’s own fortnightly coastal water quality tests shows three of False Bay’s Blue Flag beaches are listed as suffering from ‘poor’ water quality for over a year.

Fish Hoek, Muizenberg Pavilion, and Mnandi beaches, all of which were awarded Blue Flag status on 27 November, are also red-listed on the City’s Coastal Water Analysis Report, where results are updated every two weeks and averaged over a rolling 395-day period.

Although the continually updated report does not reveal what the parameters for the status of “poor”, “sufficient”, “good”, and “excellent” are (although the City has since committed to including them), all three beaches are in the red and were so in 2019 as well.

Fish Hoek beach water quality is listed as “excellent” for 2018, but listed in the worst category, “poor” in all the preceding years back to 2015.

Tests at Mnandi are listed as Mnandi East and Mnandi West, and quality results at both are equally problematic.

While water quality – in terms of the number of e.coli and Enterococci bacteria measured in samples – is only one of 33 Blue Flag criteria, meeting international guidelines for safe bathing water quality is a stipulation, not an option. But Wessa’s own tests at the beaches, taken just once a month over the summer season, and in very specific areas, show these beaches pass muster.

“We are very concerned about the pollution of Fish Hoek beach and False Bay,” says Youngblood.

The Blue Flag designated swimming area is effected by at least one of two main stormwater culverts which spew polluted water from the informal trading area and train station precinct.

He said the FHVRRA’s own tests by an independent laboratory reveals this, and another stormwater culvert flowing onto the beach, are contaminated by faeces.

He calls the veracity of WESSA’s tests in question: “Wessa is responsible for the collection of the water samples (for Blue Flag criteria), but it doesn’t have laboratory facilities to perform the requisite tests for clean water. We have asked Wessa and the City if we may accompany them when they take samples, but this has never been acknowledged. If they are, we suspect the Wessa samples are collected far from our polluted stormwater culverts. “

He said the two-month duration of the Blue Flag programme, from 1 December to 31 January, “does not result in long-term reduction in coastal water quality pollution for the remainder of the year”.

As a result, the FHVRRA no longer views Blue Flag status as a symbol of clean water.

Senior Stellenbosch University lecturer and epidemiologist Dr Jo Barnes said even though the City’s water quality data was averaged out when the real health risks lay in the pollution peaks, the beaches still failed the minimum guidelines, and when it came to an indicator of water quality, the Blue Flag was “totally meaningless”.

Beyond pollution of the open water, Barnes said tests in Camps Bay – which has also received Blue Flag status although millions of litres of sewage are pumped into the bay daily from the Camps Bay pump station –  revealed that faecal contaminants, as well as more concerning manufactured chemical compounds, build up in the sand in the inter-tidal zone.

“Children love digging holes in the sand and then it’s great fun when the water seeps in, but that’s the worst,”, she said.

Senior University of the Western Cape chemistry professor, Leslie Petrik, said the Blue Flag water quality testing criteria were not rigorous and it seemed they did not look at the City’s long-term figures.

The whole of False Bay is terribly polluted with chemical compounds, including pesticides, pharmaceutical and industrial compounds, and although the long-term water quality data existed, it seemed Wessa ignored it.

“It’s just a tourist trap to attract people to the beaches, the Blue Flag people don’t bother their heads with long term pollution of our beaches,” said Petrik.

City of Cape Town spokesperson Luthando Tyhalibongo, said Wessa only tested the water quality once a month during the summer holiday season, and samples were taken in the precise area demarcated for swimming. Additionally, the sea water was generally cleaner in summer as less rainfall meant less pollutants were washed down through the storm water drains.

Nonetheless, Wessa spokesperson Vincent Shacks said water pollution led to the Blue Flag status being temporarily suspended three times at Fish Hoek last season due to sewage spills and a failed testing sample. The flag was lowered once at Mnandi last season when the water quality test was below par.

Shacks said the water samples were tested at an SA Bureau of Standards laboratory. DM