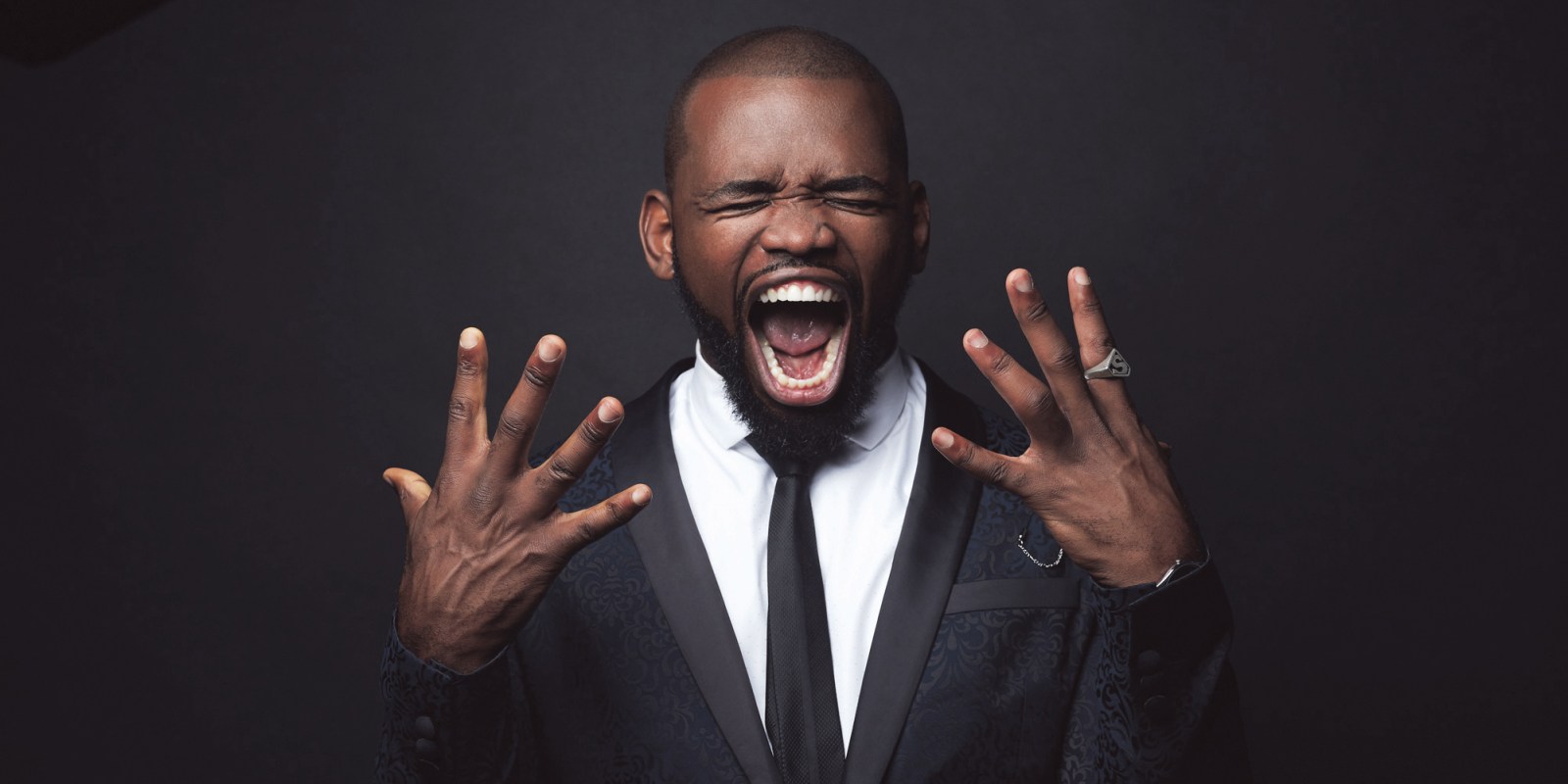 Siv Ngesi is no stranger to the spotlight. A GQ best dressed man, Cosmo sexiest man (2015) and award-winning actor and comedian, Ngesi is – to use the social media cliche – #livingmy(his)bestlife. Find him on twitter @iamSivN but be warned, he is not for faint-hearted followers. He may have a career in entertainment but he is not your average influencer as he says what he wants and does not care who likes it and who does not.

The 35-year-old actor, television presenter and comedian with the big laugh and thick skin – have a peek at his social media – is also proof that there are very few ‘overnight’ success stories. Ngesi has been entertaining from the time he was young enough to count his age on his fingers and was touring internationally at age nine, as Gavroche in Les Miserables.

You may have seen him on Strictly Come Dancing a few years back on the SABC, showing his skills on the dance floor. Or recently you may have watched him on both big and small screens, perfecting his craft as an actor. Ngesi has always done what moves him and a few years ago started his own charity, which is not related to entertainment, but is part of his personal journey and development.

Cape Town born and bred, Sivuyile Ngesi loves travel and as an actor has been in demand in both local and foreign films and television productions.

“I started very early, there was no Plan B… from the first day at school they said ‘Siv is very disruptive in class he should go on Ritalin’ but my mother said no – put him into sport and drama.”

Sport and drama enriched and grounded him and he says he never looked back. When he finished matric he decided to take a gap year and travel the USA as an adventure:

“I went there, I was cleaning toilets, I was doing everything and anything … housekeeping, just to be able to travel around America as much as possible … LA, San Francisco, all over California, New York, DC, ski resorts … everywhere.”

What was the best place he visited there? “New York,” he says without hesitation and explains that there was no worst place because everything worked together to combine into “just a great experience”.

“I loved New York, I loved LA, I loved all of it. For me it was just about challenges – I didn’t like cleaning toilets but I did it… I learnt a lot about me and I was humbled by the States. I’ve always known that I was special but I think I needed to go to America and realise there’s many more special people, and that humbles you.”

Despite touring internationally at the tender age of nine, Ngesi says Les Mis was not his first job.

“My first job was on a commercial after a child (who got the part) said he could swim but then could not and nearly drowned.”

This opened the way for Siv, who did the commercial the next day and “a week later I had to go and audition for Les Mis and the person who took me said I could go home after the first round because I wouldn’t get picked – and then I travelled the world with Les Mis as a kid.” And the rest, as they say, is history.

“My mom has always been very supportive and has been my biggest influence.” He says she has always encouraged him to “go for gold” and not hold back and “I am really honoured to have her in my life.”

Besides his mom being a very central part of his life, a quick whip around his social media shows Ngesi to be very much a man’s man – lots of sport, work, male bonding and masculine high jinks as well as a good few ‘here is my body, have a good look at it’ posts. Especially when he is dieting down and working out for photoshoots or roles that may require some ‘muscle’ on display.

So how did he become a champion of getting sanitary items to women and girls who cannot afford them?

“I have two older sisters, so it has always been part of life and you never realise that (for some women) it’s a normality and I never thought about how other women are not able to afford it.”

Then, about four years ago: “I was speaking to this lady who had just arrived on the street (became homeless) and I ended up thinking ‘oh my God, what does she do when it’s that time of the month!’”

“I realised I had to open up a charity.” Which he did. Called MENstruation, with a tagline that states: ‘If men bled once a month, sanitary products would be free. Period!’

MENstruation has been busy during the pandemic lockdown, getting sanitary products to women struggling to make ends meet and access these necessities.

Ngesi says his vision for his charity is that it becomes obsolete because:

“My vision is that sanitary pads should be free … I really want the charity not to be needed … We hand out about 15,000 to 20,000 sanitary pads a month and that’s nothing … We need the government and the private sector to get involved.”

MENstruation plans to build a sanitary towel factory that will employ local women and create very affordable sanitary projects. Then, Ngesi says he wants to concentrate on children in need because:

“That is my soft spot. My biggest dream is to have an educational space that kids can go to school from Grade 0 to matric, and even to university.” DM168

Find more details of the charity and how to assist at www.emsap.co.za

What is the image on your phone’s home screen?

Charlie Chaplin in a Superman shirt.

What is the worst piece of advice you have ever taken?

That you can’t do it.

What’s the thing you most wish you had learnt earlier in life?

That I am more than enough and people’s opinions have nothing to do with me.

What three books have changed your life?