Are we starving great whites to death? 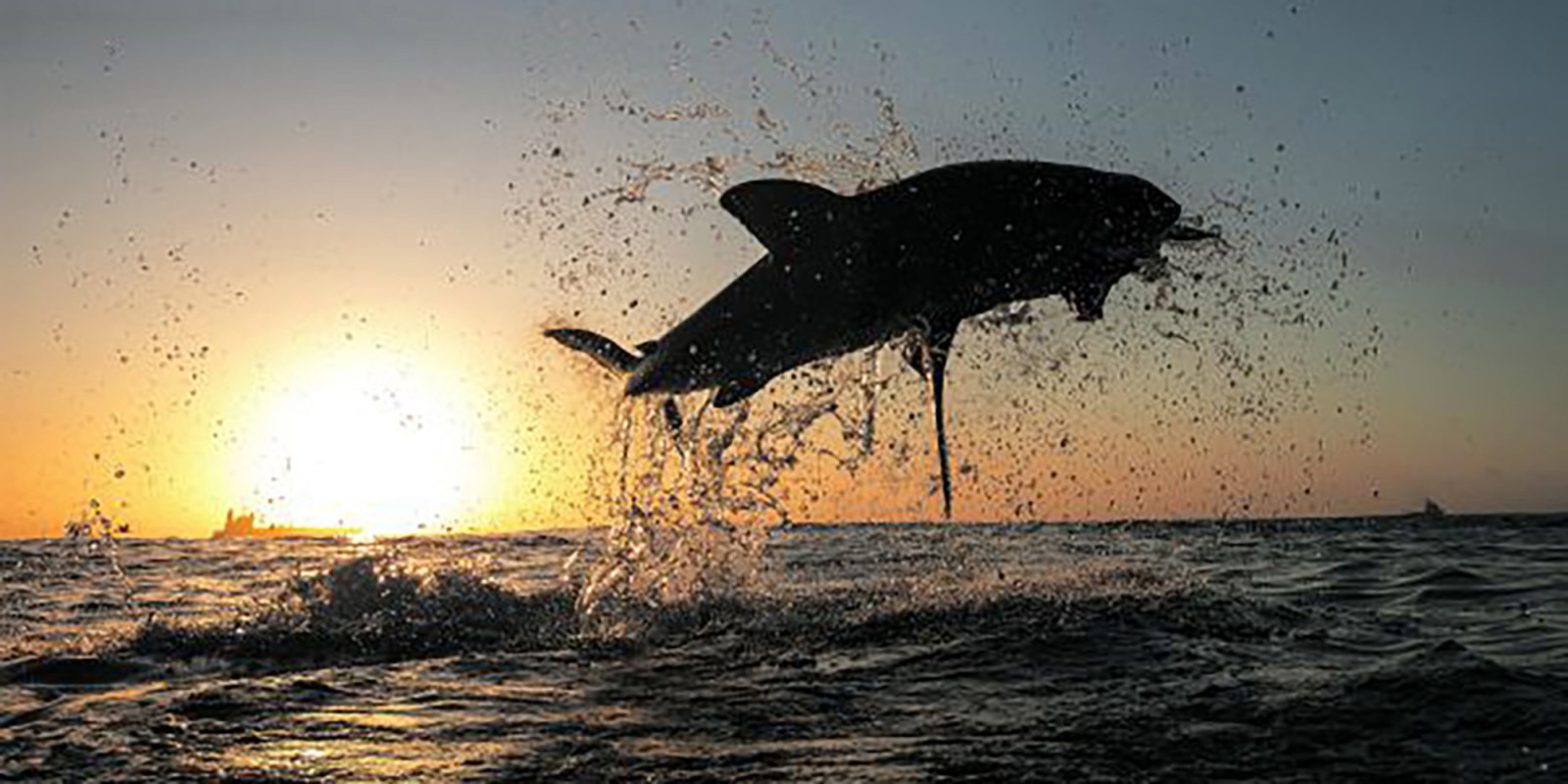 Ever since the film ‘Jaws’, with its creepy music, sharks have had bad press as nightmarish super-predators. But sharks are important for the health of the sea. And we’re wiping them out.

Sharks are declining worldwide and great whites have all but vanished from cage dives in southwestern Cape waters. A High Level Panel (HLP) appointed by Environment Minister Barbera Creecy to develop a shark management plan says whites left because orcas chased them and not because we target sharks like smoothhound and soupfin, a large part of their diet.

But here’s what scientists are asking: if it’s just about marauding orcas, why did whites not return to local bays when the predators moved off? Why did orcas not permanently displace sevengill and bronze whaler sharks which they were also seen hunting?

The Save our Sharks coalition and shark scientists insist the panel has missed the point. Smaller sharks, they say, are great whites’ primary food for much of their life cycle and we’re fishing them out of existence.

Permitting the killing of endangered soupfins and smoothhounds, says Dr Enrico Gennari of Oceans Research Institute, “is like DEFF [Department of Environment, Forestry and Fisheries] allowing hunters to go in the Kruger to … kill 100 black rhinos in a single trip”. Smoothhound are listed as endangered and soupfins critically so.

“If the Environment Department was serious about shark conservation,” says Save our Sharks, “what’s needed is to stop targeted fishing for sharks by the shark longline fishery. A few commercial shark boats are wiping out a billion-rand shark tourism industry and affecting the balance of entire marine ecosystems.”

Stellenbosch University marine biologist Dr Sara Andreotti is most concerned by the panel’s assumption about why white sharks moved away from False Bay and Gansbaai.

“Great whites’ numbers likely plummeted because of diminished food resources, paired with decades of poaching, bycatch and KwaZulu shark board legal shark cull,” she says. “Making their feeding grounds once again rich in food resources by reducing our impact on other smaller sharks could be a step in the right direction to give this species a chance of recovery. The HLP based its findings on preliminary, not published nor peer-reviewed research.”

There’s no doubt smaller sharks are being hammered. Shark scientist Dr Charlene Da Silva of the DEFF showed South Africa’s soupfin shark stock had collapsed due to overfishing and was likely to be extinct in South Africa within 20 to 30 years.

Between 1991 and 2016, smoothhounds in SA waters declined by 43%. Over the next three generations the decline was predicted to be 63%. For soupfins the percentages are 51% and 85%. Great whites all but disappeared in False Bay and Gansbaai, former epicentres of shark cage diving.

“If soupfins are listed as critically endangered globally by the IUCN Red List,” says Save our Sharks, “why did this panel not find it alarming that this species remains one of the two main, permitted, target species of shark fisheries in South Africa? When in doubt, use the precautionary principle.”

The panel did express concern over soupfin and smoohhounds, noting the size (slot) limits were reduced in March 2020, and “the catch has to be reduced by an order of magnitude across all fleets to achieve a turnaround in the trajectory.” However, the limits have yet to be implemented for longlining.

It said sharks above or below the new limits had to be released, on-board observers needed to be taken on trips and sharks must land with heads and fins intact. But it found no evidence that these smaller sharks were a significant part of the great white diet.

This argument has a backstory. In 2013, the Department of Agriculture, Forestry and Fisheries drew up a National Plan of Action (NPOA) for shark conservation and management. It was a sobering assessment and contained warnings of a looming crisis for a number of shark species. In May 2020, Creecy appointed the High Level Panel to review the action plan. After months of deliberation, its report came out in October with a road map for action.

Save our Sharks specialists say it’s full of contradictions, cherrypicked references and biased opinion from government-appointed scientists and managers.

The 2013 NPOA report had focused primarily on smoothhounds, soupfins and great whites. Between 2016 and 2019, about 90,000 smoothhounds were killed in our coastal waters by longliners, way higher than recommended by DEFF’s scientists. Most were fished by two demersal shark longlining (DSL) boats named White Rose and Mary Anne. (White Rose owners will appear in court in February for fishing in a marine protected area.)

The shark decline is not surprising. DSL permit holders operate without catch limits, with no seasonal closure and no buffer zones around marine protected areas. The 2013 NPOA noted that there were no observers on most boats and so no monitoring of catches, no mandatory reporting and observers often don’t know one shark from the next.

Landed catches are not weighed, by-catches cannot be quantified. There are huge information gaps about shark lifestyle and history as well as unknown ecosystem effects of removing such predators.

This is what the High Level Panel was tasked to consider, and come up with a plan. It noted stakeholder concerns regarding the disappearance of white sharks from several aggregation sites, declines in abundance of demersals, a perceived lack of habitat protection and spatial management for sharks, conflicts among shark tourism and fishing industries, and concerns related to the shark fisheries. But the panel dialled back, saying the NPOA proposals were too ambitious in extent and timeframes.

It saw its brief as limited to assessing threats to shark populations, ensuring catches were sustainable, evaluating vulnerability of certain species, minimising by-catches and discards and improving data collection.

It noted a decline of white sharks from tourism hotspots, but said this was recent orca predation and dismissed it, without supporting evidence, or other possible causes, including human predation of their food supply by commercial fishing.

It said commercial shark fisheries and shark ecotourism were important but admitted they were largely incompatible – one industry killing sharks while another values them alive. Shark habitats needed to be conserved and human use managed, specifically with regard to smoothhound and soupfins. But, puzzlingly, it refused to recommend closure of these massively overfished stocks.

Save our Sharks said the panel had concerned itself with “fishery resources” and income rather than conservation of sharks or income from shark tourism. This view was consistent with the DEFF’s view of wildlife “seen as nothing more than an exploitable commodity for harvesting”. With this bias, having orcas being the problem of disappearing great whites and not overfishing supported their thinking.

In False Bay, white shark numbers began to gradually decline and then disappear. It has been two years since these sharks have been observed at Seal Island in False Bay and similarly in Gansbaai.

Shark specialist Chris Fallows says the population of great whites in SA was decreasing as far back as 2012, long before the presence of the orcas Port and Starboard.

Save our Sharks has called on the DEFF to reallocate the licences of the six registered DSL fishing boats and integrate them into other less damaging fisheries with no job losses. DM168

Are we starving great whites to death?