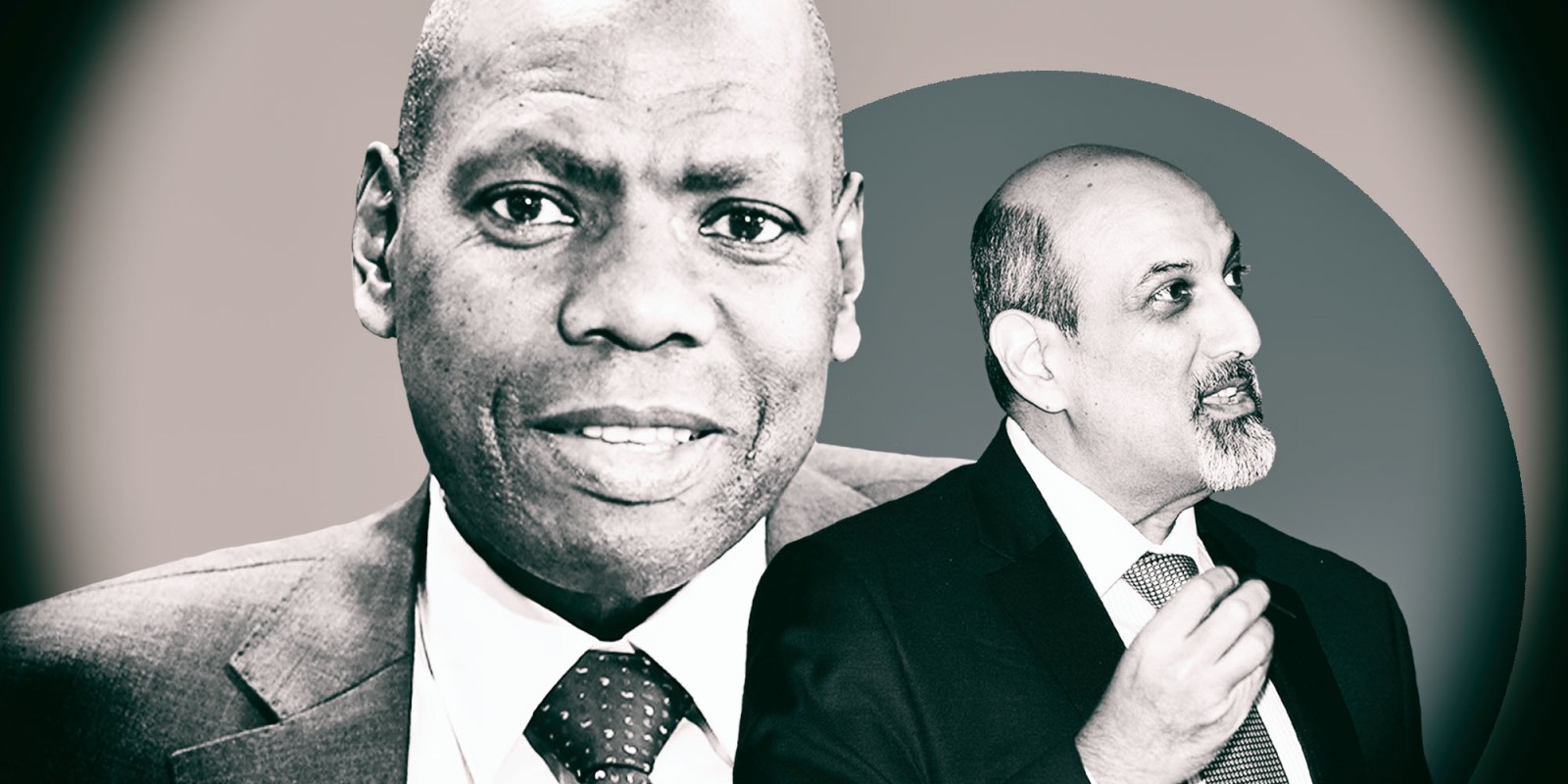 This evening, with much of South Africa having shifted from lockdown to holiday shutdown, Health Minister Zweli Mkhize and members of the Ministerial Advisory Committee on Covid-19 called an unexpected press conference ‘to inform and present to the public new scientific developments and evidence that has been discovered on Covid-19’.

The briefing on Friday, 18 December, was addressed by Mkhize, Higher Education, Science and Technology Minister Blade Nzimande, Prof Tulio de Oliveira (director of KwaZulu-Natal Research Innovation and Sequencing Platform, or KRISP, at the University of KwaZulu-Natal) and Professor Salim Abdool-Karim, both members of the Consortium of Genomic Scientists.

It focused on Mkhize’s announcement that “a variant 501.v2 has been identified here”, which has now been sequenced at various clinics.

Abdool-Karim, who co-chairs the Ministerial Advisory Committee on Covid-19, revealed that they were confident that the second wave could be ascribed to this new variant which appears to be more potent and transmissible, although it is unclear whether it will cause higher mortality rates or more severe illness.

He said he was confident the vaccines in development would be effective in controlling this strain, while Mkhize assured that he had signed the guarantees for South Africa to procure its vaccines via the Covax partnership and that the money would reflect within the next two to three days.

Abdool-Karim was at pains to point out that this was a new variant or lineage, and not a new strain.

Mkhize reported that linked to the discovery of the variant is evidence of “a shift in clinical and epidemiological picture, with more young people with no comorbidities presenting with serious illness in the course of the second wave”.

South Africa’s announcement follows a similar variant having been recently discovered in the United Kingdom (see here and here) and significant similarities that have been found with the South African variant.

Mkhize reported that the scientists had already briefed President Cyril Ramaphosa, but were yet to brief the Cabinet and members of the National Command Council.

Starting his presentation, Abdool-Karim called it “not good news” but said that it did not require a change in prevention strategies or diagnostic tools “at this point”.

According to De Oliveira there is now evidence of a “very rapid spread” of the 501.V2 variant. He called it a “new lineage of the virus that very quickly starts dominating the other lineages” – up to 90% of sequences were now dominated by this one.

De Oliveira says that “genomic surveillance is a critical component of the public health response”. Surveillance up to now suggests that the variant started in Nelson Mandela Bay (for reasons not yet known), but has now been detected in KwaZulu-Natal (in  seven of 11 districts) and Cape Town.

“We are quite confident that our sampling is random (and therefore accurate), said De Oliviera. He called it “concerning” that more rapid mutations (more rapid than normal in viruses) may cause a “functional difference” in that the virus behaves differently, causing different clinical manifestations and a disease course.

“We don’t know the answer at this time. But this is being monitored.”

According to both speakers, “the full significance of the variant is yet to be determined”. But scientists are worried about the possibility that the variant may affect the “binding of antibodies and vaccines on the virus”; that there is hard evidence of increased transmissibility, which means more infections and therefore more illness.

Abdool-Karim, presenting on recent epidemiological surveillance, noted how the second wave “well and truly overshot the peak of the first wave in the Western Cape”. He said he was concerned that a higher viral load being picked in nasopharyngeal swabs may mean higher transmissibility.

Abdool-Karim cautioned that this was not a new strain, but a variation – an issue that has far less implications for diagnosis, treatment and vaccine development.

On the question of whether the 501.V2 variant leads to increased pathogenicity (whether it causes more severe illness) the scientists are “not sure”. Referring to mortality surveillance by the Medical Research Council going right up to early December, Karim said “There is no evidence yet … no red flags”.

Finally, the possible implications for the efficacy of Covid-19 vaccines which have been based on the current genome of the virus is an area for further research and monitoring.

Mkhize concluded that it was “not a reason to panic” and that “we must loyally stick to non-pharmaceutical interventions”. These are mask-wearing, hand-washing and physical distancing; in other words, no gathering of significant numbers of people. He appealed to the media and scientists to handle this new development responsibly.

Abdool-Karim assured that the findings would soon be published in a respected scientific journal. MC/DM