Trade unions to fight on after losing battle over salar... 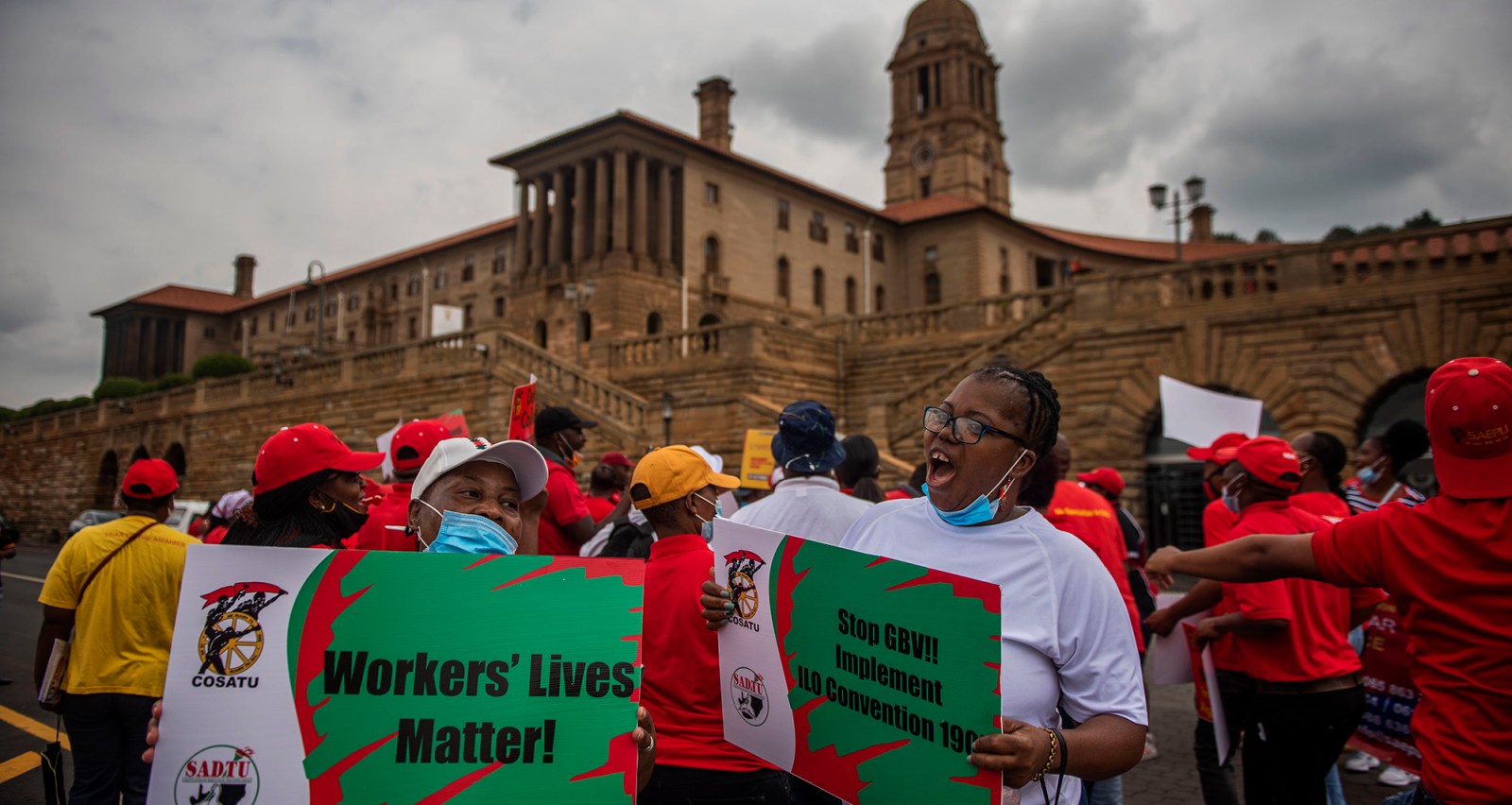 Trade unions representing SA’s 1.2 million public servants are not giving up without a fight and weighing up two options that will further put a strain on their relationship with the government. (Photo: Gallo Images / Alet Pretorius)

A general strike by South Africa’s 1.2 million public servants or a Constitutional Court challenge might be on the cards. Either way, SA and the taxpayer will be the biggest losers.

Since the Labour Appeal Court handed the government a major victory earlier this week by shooting down inflation-busting salary increases for public servants, the political fallout from vexed trade unions has happened fast.

Trade unions representing SA’s 1.2 million public servants are not giving up without a fight and weighing up two options that will further put a strain on their relationship with the government.

The first option includes trade unions approaching the Constitutional Court to appeal against the Labour Appeal Court ruling, which declared that the enforcement of a 2018 wage agreement was “unlawful”.

The second option might throw SA into chaos because trade unions – including the Public Servants’ Association (PSA) and the South African Federation of Trade Unions (Saftu) – have threatened a strike by public servants. Saftu’s threat was more specific: “Saftu is calling on all the public servants to mobilise for [a] February 24 [2021] general strike as the most effective challenge to this travesty of justice.”

A strike will be disastrous for SA during its fight against Covid-19 because some public servants are frontline healthcare workers, including nurses and doctors. The worst of new Covid-19 infections (or second wave) is yet to come over the next few weeks and a strike by public servants will likely hobble SA’s response to the pandemic.

The 2018 wage agreement, which spans three years, proposes salary increases of between 4.4% and 5.4% for public servants from April 2020. However, the government refused to implement salary increases, which prompted trade unions to drag it to the Labour Appeal Court.

The court ruled that the government is no longer bound by the wage agreement because it cannot afford to offer public servants salary increases, which would cost the fiscus an extra R37.8-billion for the 2020/21 financial year. The government expects to spend R639-billion in 2020/21 to compensate public servants, which is the single largest component of the state’s consolidated expenditure at a time when public finances are deteriorating due to the Covid-19 pandemic.

Reuben Maleka, the PSA’s assistant general manager, is not sympathetic. “If the Cabinet didn’t have the mandate to sign the resolution [for wage increases], then why only declare Clause 3.3 [dealing with salary increases] unlawful instead of the whole resolution that has other conditions of service such as housing benefits, which the employer implemented in 2020? We are on the other side dealing with crooks called Cabinet, that is immoral and unethical [sic],” he said.

Trade unions agree that if the court ruling is left unchallenged, it will have major implications for collective bargaining, an essential labour tool for negotiations between an employer and employees. SA Democratic Teachers’ Union general secretary Mugwena Maluleke, who speaks on behalf of all Cosatu-aligned public sector unions, said in principle, disputes relating to compensation or terms of employment should be left to the employer and employees to resolve, not the courts. “Collective bargaining is an economic tool that must be respected because it balances the power between the employer and employees,” Maluleke told Business Maverick.

Saftu supported Maluleke’s views. “The judgment is a direct attack on the right to collective bargaining. It represents a wrecking not just of a wage agreement but the very integrity of the collective bargaining system…[and] workers seeking to improve their living conditions… The precedent set by this judgment will result in more employers using the spectre of bankruptcy to pull out of agreements providing for hard-won improvements in wages, working conditions, and job security.”

But the court said it can be the arbiter of the wage agreement dispute because at the heart of the matter is the agreement’s constitutionality. The court ruled that the wage agreement contradicts Sections 213 and 215 of the Constitution and Sections 78 and 79 of the Public Service Act. These sections require the government to enter into collective agreements only if it can afford to do so.

“Under the present financial circumstances, it does not appear to be just and equitable to order government to expend significant and scarce financial resources on employees whose jobs are already secured, and salaries have been paid in full, particularly in circumstances where the imperative exists for the recovery of the economy to the benefit of millions of vulnerable people,” the three judges of the Labour Appeal Court wrote in their ruling. DM/BM