Robert Lewandowski the frontrunner for footballer of th...

Robert Lewandowski the frontrunner for footballer of the year 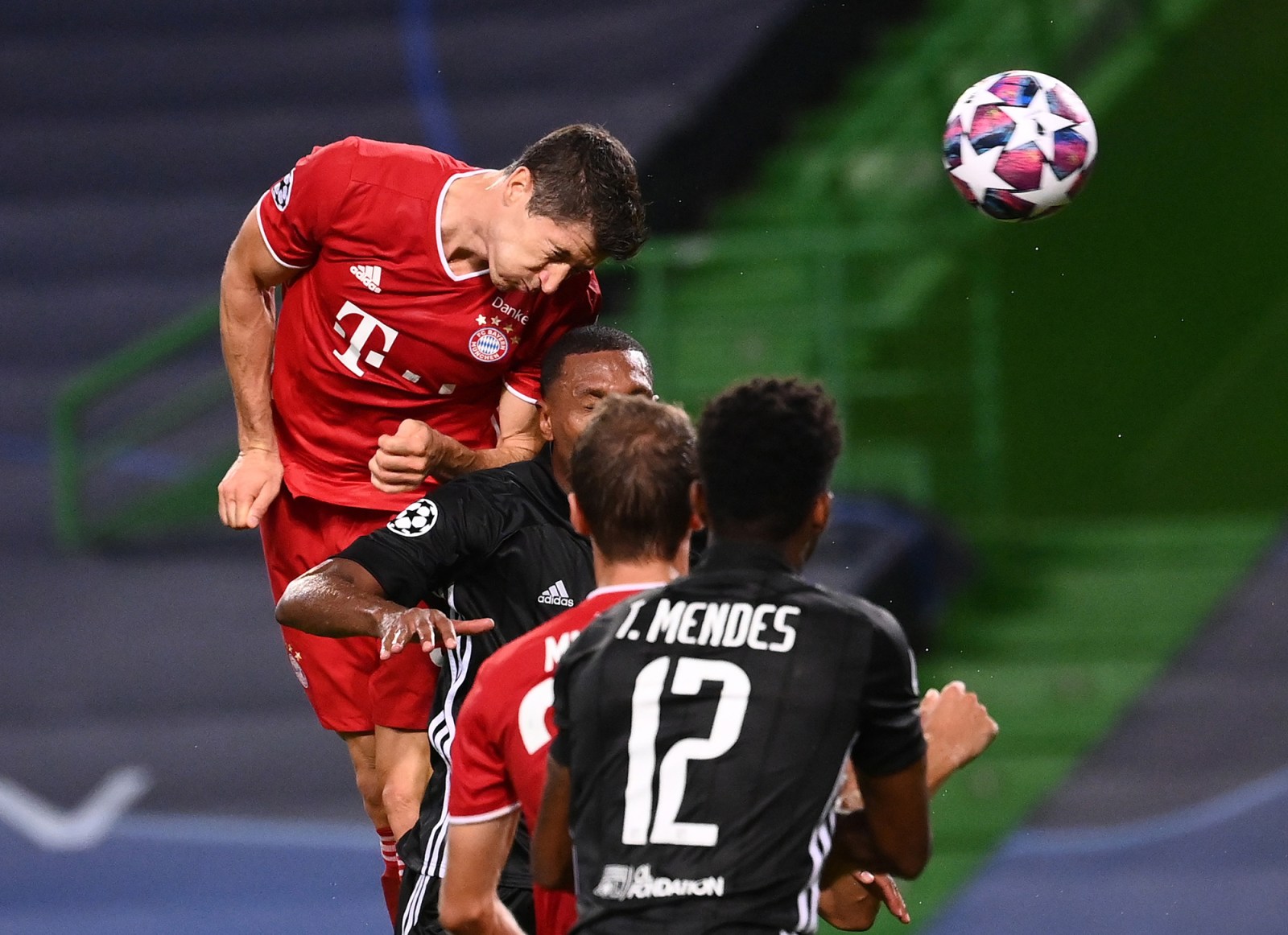 The Polish poacher is a clear favourite as world football’s governing body gets set to honour exceptional players.

As 2020 draws to a close after bringing unprecedented challenges globally due to Covid-19, including for sport, Fifa prepares to host its annual Fifa Best awards.

In the men’s section Robert Lewandowski is nominated alongside Lionel Messi and Cristiano Ronaldo, who are serial Footballer of the Year winners. Their dominance goes back to when the award was still fused with the Ballon d’Or before separation in 2015.

There is no doubt that Lewandowski was one of the best players over the past 12 months, if not the best. He was instrumental as Bayern Munich won a quintuple in 2020, and had the best individual season of his career to date. He scored 55 goals from 47 matches in all competitions, laying on a further 10 for his teammates.

“If you scored a lot of goals and won everything and were at the top, I don’t think there’s anyone I can compare myself to,” said Lewandowski of his award chances.

“I just focus and think about the next challenge, and so on. If I win the award of course I will be happy because I know everything I did, that it was for the team, and I know that it will be a decision of the fans and the journalists who vote.”

“For me it can only be Robert Lewandowski. It’s clearer than it’s been in recent years. He won every title, scored lots of decisive goals and was top of the scoring charts. He’s got everything you need to give a player this award. Nobody comes close to him, neither in Germany nor in Europe. He’s now got qualities that set him apart even more than before,” German football legend Lothar Matthaus told Fifa.com.

Then there is the matter of Ronaldo and Messi, and whether they merit being alongside Lewandowski, or whether they are there purely because of the magnificent legacies they’ve built over the past 12 years or so of their friendly rivalry.

Ronaldo, 35, was once among the goals again last season. He scored 31 as Juventus won the Scudetto and became the first player to strike 50 times in the Premier League, LaLiga and Serie A.

Still, he did not revolutionise things at Juve. After all, they had won the league seven times in a row before he arrived from Real Madrid in 2018. And that’s all they managed to win last season.

The trophy the Italian champions have coveted in recent years, and undoubtedly one of the biggest reasons they acquired the Portuguese legend’s services, is the UEFA Champions League. But they were left disappointed after being knocked out in the round of 16.

The Argentinian did finish as La Liga’s top goalscorer with 25 strikes, while also topping the assists charts (21), but his tally of 56 goal involvements in all competitions (31 scored, 25 assisted) represented his worst season since 2013/14.

It could be said he is a victim of his own past brilliance.

This is, after all, the man who scored a mind-boggling 91 goals in a calendar year in 2011. But he has regressed over the years and Barcelona’s boardroom shenanigans last season were not particularly helpful to player performance.

That said, players such as Sadio Mane, Mohamed Salah (who were integral as Liverpool won their first league title in 30 years) Neymar, Kevin de Bruyne and Thomas Mueller can count themselves very unfortunate for missing out on the top three over Messi and Ronaldo.

Neymar and De Bruyne will feel particularly aggrieved at missing the final cut.

The Belgian playmaker was named English Premier League Player of the Season for his 13 goals and a record-equalling 20 assists in the league.

Neymar won the domestic quadruple with Paris Saint-Germain and was a vital cog as the club reached the Champions League final for the first time in their history.

In the women’s category the competition is tight. Lucy Bronze, Pernille Harder and Wendie Renard are all vying for the ultimate prize.

For Manchester City star Bronze this is her second consecutive appearance in the final three. In 2019, she grabbed the bronze spot behind winner Megan Rapinoe and runner-up Alex Morgan.

But Danish playmaker Harder, one of the most highly rated female footballers around, is a favourite for the award.

“In my opinion Pernille is one of the most complete players we’ve had the pleasure of witnessing, especially in the attacking third, where you really attract attention by registering goals and assists. She has enormous technical quality, she’s really good in that area. The same goes for her anticipation, awareness and feel for the game,” Wolfsburg coach Stephan Lerch said of the 28-year-old.

Harder won the Women’s Bundesliga and reached the final of the Champions League with Wolfsburg before moving to Chelsea at the start of the current season.

The transfer fee of £250,000 (R4,996,419,88) the London side reportedly paid for her is a record for women’s football. And just like the men’s favourite for the award, Lewandowski, she was named UEFA Women’s Player of the Year a few months ago.

The awards will take place on Thursday, 17 December in a virtual ceremony. DM