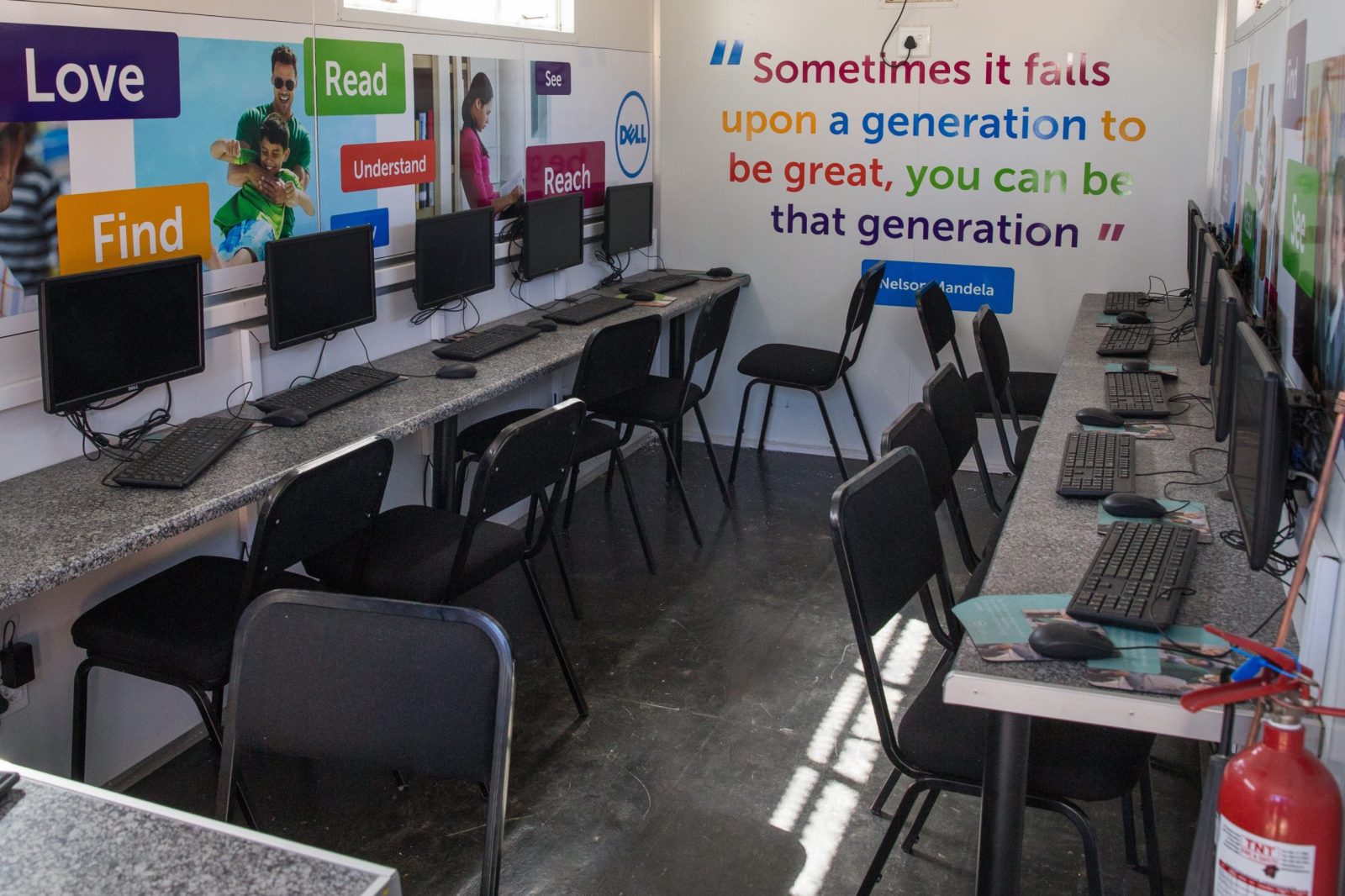 The Solar Learning Lab in Barrydale aims to provide students with learning opportunities where there is little or no access to the internet. (Photo: Ashraf Hendricks)

A lab has been set up in a container in Barrydale to bolster the learning and computer literacy potential of learners who lack internet access.

A solar-powered computer lab in the Overberg town of Barrydale has opened up new opportunities for learners and students who have little or no access to the internet.

The lab was set up in November by Net vir Pret, in partnership with the University of Cape Town’s Students’ Health and Welfare Centres Organisation (SHAWCO) and sponsored by Dell Technologies. Net vir Pret will become a satellite campus of the Robertson Community Learning Centre.

Sponsored by Dell, these solar computer labs can be found in countries across the world including Mexico, Colombia, Morocco, Kenya and Ethiopia. In South Africa, similar solar classrooms are at a primary school in Nyanga, the SHAWCO offices in Kensington, the Waverley Girls’ High School in Johannesburg and Zithulele village in the Eastern Cape.

In Barrydale the lab fits into a standard shipping container, with ten computers, a server, and air-conditioning. It is solar-powered, although there is access to electricity if needed. The setup is like a “mini internet cafe,” said Judith Cornell, interim director of SHAWCO, which focuses on health and education in developing communities. Cornell said trainers from the Robertson Community Learning Centre would come to Barrydale to conduct training in the lab and students from SHAWCO would also run short programmes during holidays.

Classes are expected to start in early 2021.

Net vir Pret administrator Derek Joubert said 30 people had already registered for various courses in Barrydale. The youngest is 15 and the oldest is 34. When the classroom is free, he said, other students could come in to work on their assignments.

“There are people who have dropped out of school … so this gives them the opportunity to go back,” said Joubert, who also runs a programme aimed at getting Barrydale learners into tertiary studies.

“The computers we have are really overused,” he said. DM