O Shakespeare, Where Art Thou?

Macbeth and the US presidential elections 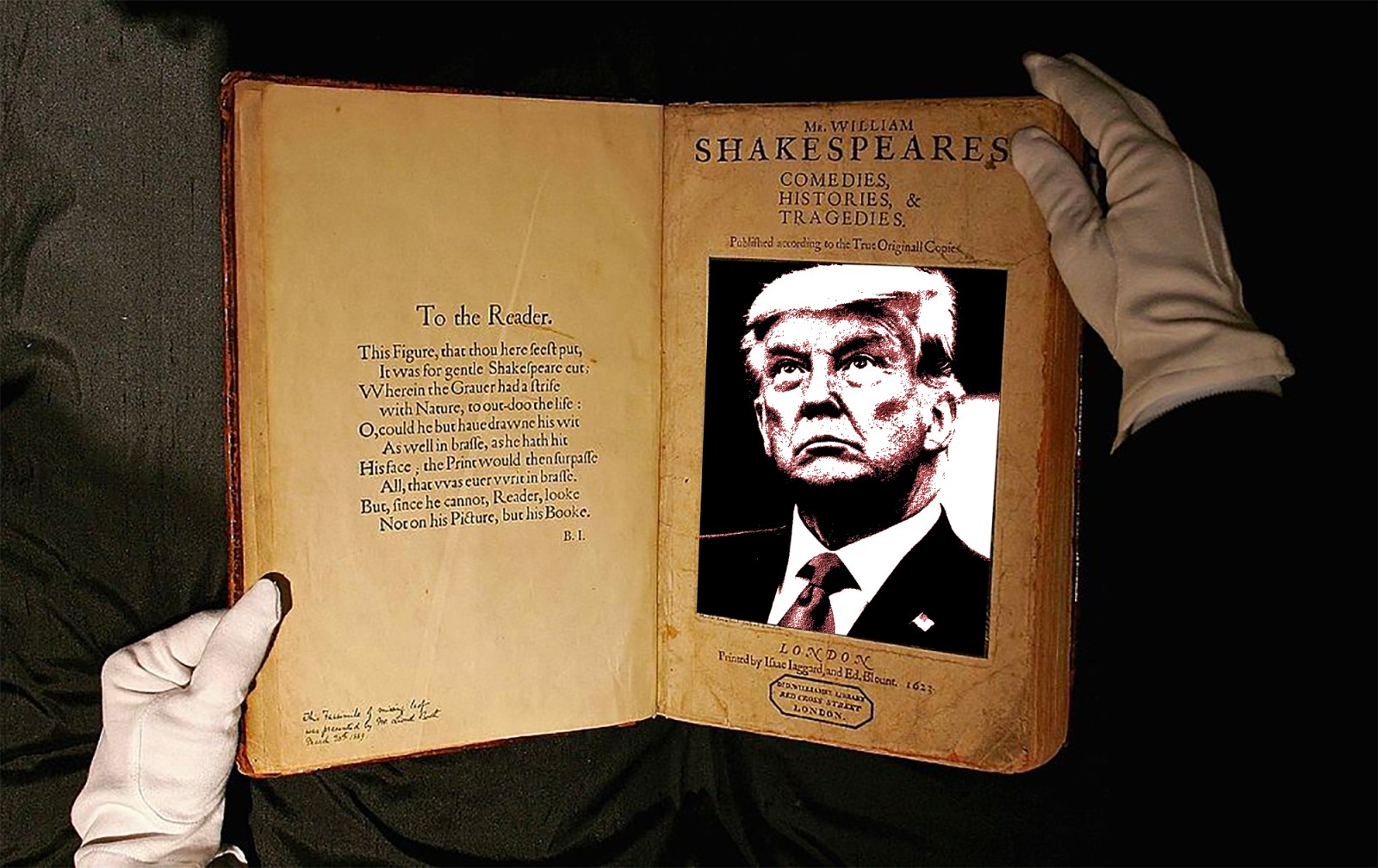 It’s hard to let go of one’s Stratford Series collection of Shakespeare’s plays, especially when one of those plays is so apposite to the events 0f 2020, and in particular the US presidential elections.

Our household was recently purged by means of a process called decluttering; a Covid-related activity prompted by a slew of Netflix home-organiser series.

Apparently, it is good for one’s soul to dispose of one-third of one’s possessions – thankfully more lenient than the religious injunction to give everything away.

Much of our household’s one-third consisted of several hundred books that had already been read, were never going to be read or were too tatty to read. On this pile I was horrified to see my precious 20-volume Stratford Series collection of Shakespeare’s plays. I could not truthfully deny that I might never read them again (and it didn’t help to admit that some I had not yet read for the first time), so I had to come up with a better reason for keeping them.

And here it is (hopefully).

One must admire the prescience of William Shakespeare, who more than 400 years ago wrote a series of plays, apparently with the express purpose of baffling and bewildering generations of modern scholars, or, as we call them now, learners.

Perhaps you were one of these learners and possibly your teachers justified their choice of Literature by referring to the many things to be gained from your Shakespeare studies: increased vocabulary, better comprehension skills, some sense of being educated, but chiefly that Shakespeare’s characters had to deal with situations and emotions common to many today: a poor relationship with a step-parent, betrayal by our best friends, a romance disapproved of by the grown-ups, a deal is a deal, the disaster of raising one’s children to be brats, the fatal consequences of jealousy, to mention a few. Indeed, Shakespeare was, in the words of his contemporary, Ben Jonson, “not of an age but for all time”.

This is nowhere better observed than in Macbeth, also known as The Scottish Play to superstitious folk.

Macbeth was written in 1606, in a world plagued by problems that we are all familiar with in the world today:

If you haven’t read Macbeth yet, no need, as Roman Polansky’s 1971 film graphically captures the essence of the play, with many of the best lines retained.

So, on to the reason for keeping my Stratford Series – the relevance of Macbeth to 2020, all in a series of applicable quotes, with the recent US presidential election and in particular Donald Trump in mind.

The run-up to the 2016 presidential election

By the pricking of my thumbs,
Something wicked this way comes
&
Things bad begun make strong themselves by ill

Reasons for being president

I have no spur
To prick the sides of my intent, but only
Vaulting ambition, which o’erleaps itself
And falls on th’ other.

Methought I heard a voice cry, “Sleep no more!
&
… function is smothered in surmise,
And nothing is but what is not.
&
…a false creation,
Proceeding from the heat-oppressèd brain?

Removal of Confederate monuments and memorials

Stones have been known to move, and trees to speak

Appeals to the extreme right

Early polls show Biden leads – or possibly Shakespeare refers to responses to the coronavirus, he’s not clear on this point.

Why hath it given me earnest of success,
Commencing in a truth?

How is’t with me, when every noise appals me?

Or have we eaten on the insane root
That takes the reason prisoner?

Republicans accept Biden’s victory, William Barr can find no fault and White House staff are reported to be looking for other jobs, despite this being against the terms of their contract. If Trump had studied the play, he would have known that this was coming.

Then fly, false thanes,
And mingle with the English epicures

Irrational belief that he has actually won the election

But he knows that he has lost

False face must hide what the false heart doth know.
&
Stop up th’ access and passage to remorse

But in these cases
We still have judgement here

When our actions do not,
Our fears do make us traitors

The last month-and-a-bit of the presidency

Now does he feel his title
Hang loose about him, like a giant’s robe
Upon a dwarfish thief.

In particular the rush (against a 130-year-old precedent) to push through Federal Executions – only three since 1988 and none since 2003 – before the end of his term.

I am in blood
stepped in so far that should I wade no more,
Returning were as tedious as go o’er

Life’s but a walking shadow, a poor player
That struts and frets his hour upon the stage,
And then is heard no more. It is a tale
Told by an idiot, full of sound and fury,
Signifying nothing.

And finally, a bit of advice, with a particular Trumpian twist, in a line that has been misread in a thousand classrooms:

But stick your courage to the screwing place. DM/ ML