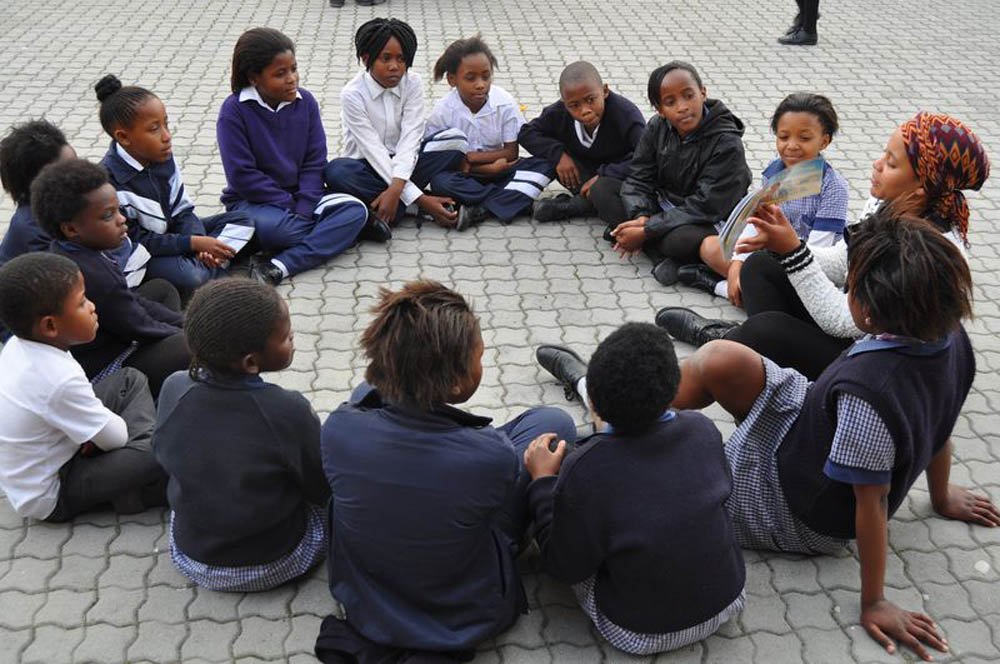 Shifting donor priorities in the wake of Covid-19 puts library initiative at risk.

Learners who have already lost many months of schooling because of the Covid-19 pandemic are being dealt a second blow, as donor funding shifts away from literacy initiatives at a time that schools need these most.

Lunga Nqadolo, managing director of The Bookery in Cape Town, says donors have understandably been focused on school nutrition and protection against Covid this year. Yet this is a time learners need books, libraries and literacy initiatives more than ever, to help them catch up lost time.

“We need to feed them and then teach them,” she says.

The Bookery, founded in 2010, has been building and stocking libraries at poor schools in the Western Cape, Eastern Cape and Gauteng. So far, it has opened more than 80 libraries and distributed more than 300 000 books countrywide. But this year, says Nqadolo, like other similar organisations, The Bookery has not been able to use traditional fundraising.

“Last year we had a big Mandela Day Carnival. That was a big fundraising event where a lot of corporations and foundations participated.” This year only 35 people showed up.

Because funds are tight, the organisation has had to retrench staff.

The Bookery recruits young adults from the school’s community, trains them as library assistants and pays them a stipend for three years. They are taught not only how to administer the library and check books in and out, but also how to create a reading club, how to run library classes and how to work with teachers so that the library becomes the centre of the school.

After three years the school gradually takes over the payment of the stipend. “We continue supporting the school, whether it’s with books or training,” Nqadolo said.

Library assistant Amanda Nzeku who has been at Intshayelelo Primary School in Khayelitsha since 2018, says there are many creative ways to encourage young children to read. For grades R to 3, Nzeku says: “We normally take the best parts of the story and make a song. In some cases, I give them pictures and they look at the picture and write down what they think the book or story is about.”

Intshayelelo is one of nearly 90 disadvantaged schools to have benefited from The Bookery’s library initiative.

“We need individuals and corporations to support us, financially or by donating books, or taking time to come and cover books and to work with the kids,” says Nqadolo.

“Kids need access to a wide variety of books: age-appropriate books, representative books, culturally-relevant books and books that foster a love for reading,” says Bookery trustee Zephne Ladbrook, who is also chief executive of the Otto Foundation. The foundation partnered with The Bookery in 2017 and focuses on improving early literacy and fostering a love of reading among learners from poor communities.

Ladbrook said children must be able to identify with the characters in a book to develop a love for reading. “If you give a ten-year-old boy a fiction book with a character he can’t identify with, he’s not going to read it. We cannot say he’s not a reader. That’s not fair. We need to find out what he likes reading,” Ladbrook said.

A study by educational researcher Dr Stephen Krashen found that children who read for enjoyment have better academic outcomes and better results in reading, vocabulary, grammar, writing style and spelling.

Referring to a 2016 International Reading Literacy Study report which showed that 78% of grade 4 learners cannot read for meaning, and listed South Africa last out of 50 countries, Ladbrook said: “These kids are being excluded from being active citizens if they can’t read basic things around them like a road sign or a newspaper headline or instructions at a hospital. It’s frightening.”

Kannemeyer Primary School in Cape Town also partnered with The Bookery in 2017. According to principal Ridwan Samodien, the library now has a catalogue, scanner and monitoring system, and a library assistant.

Every teacher also has a billboard outside their classroom with a photo and a quote on why reading is important. Quotes are also placed along the corridors. The idea, says Kannemeyer, is that the learners are “bombarded with words” — the names of roads, the school’s values. The words, he says, are on doors, in the toilets, “everywhere they go”.

“As they walk across the school, they are bombarded with words… just to instil a love of reading and to get them to read.” DM