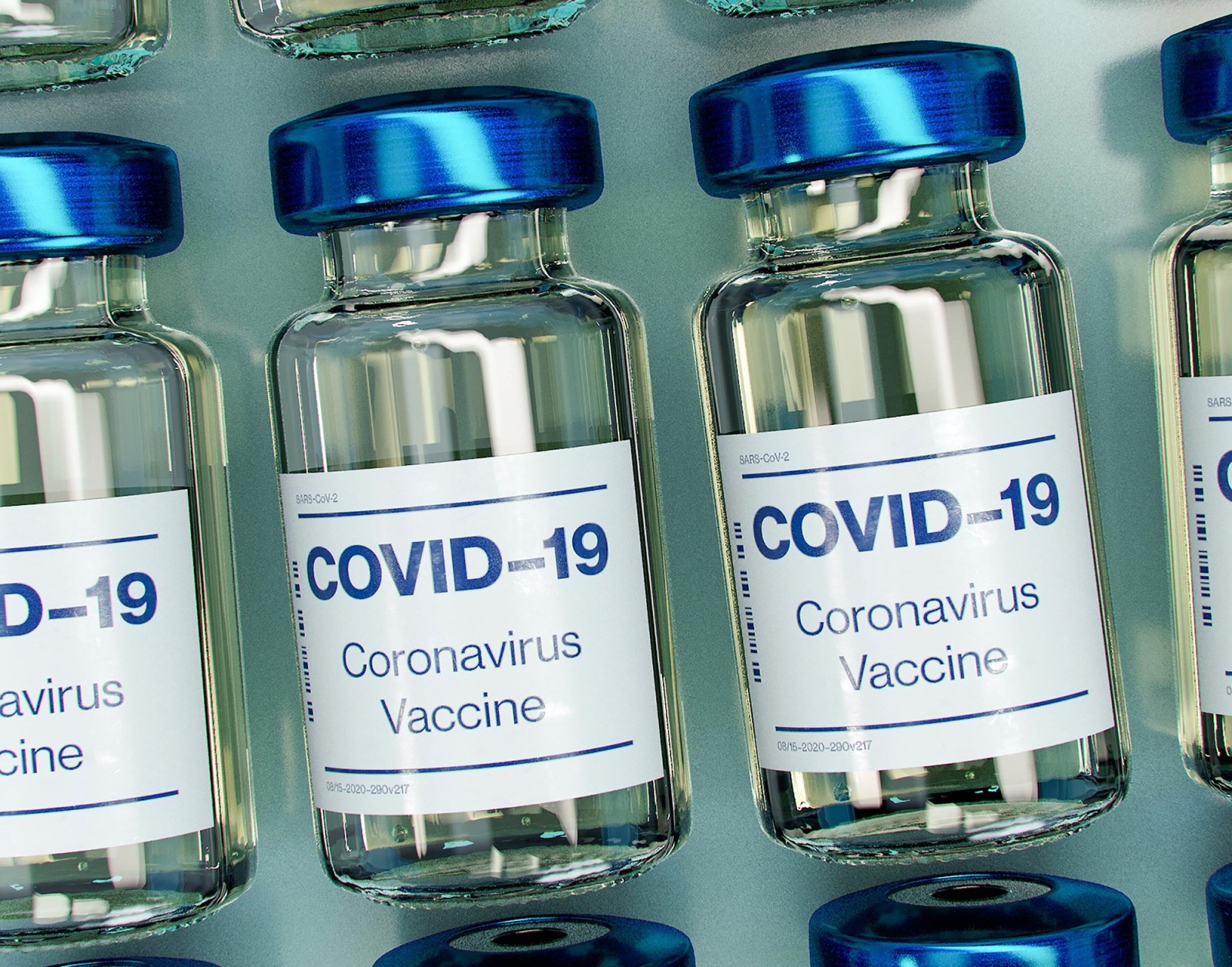 Vaccines go through several different stages from the time they are formulated until they reach clinic shelves. The most complicated phases involve actually creating the vaccine solution. (Photo: Daniel Schludi, Unsplash)

South Africa is set to produce its first vaccine in 25 years, but it won’t be a Covid-19 jab. Plans are, however, in place to ‘fill and finish’ Covid-19 vaccines in South Africa.

Aspen Pharmacare will not produce Johnson & Johnson’s Covid-19 vaccine itself in South Africa. Instead, Aspen will be one of six sites globally responsible for putting the vaccine into vials and packing the jabs for distribution, Johnson & Johnson Chief Scientific Officer, Paul Stoffels, confirmed late on Tuesday.

Vaccines go through several different stages from the time they are formulated until they reach clinic shelves. The most complicated phases involve actually creating the vaccine solution. The last and final stage, in which prepared vaccines are filled into vials and packaged for delivery, is often called “fill and finish”.

No plant in South Africa has produced a vaccine itself in 25 years, Biovac Institute CEO, Dr Morena Makhoana says. Biovac is a public-private partnership created in 2003 to revive vaccine production in South Africa after the country stopped producing vaccines locally in the 1990s.

Instead, Aspen and Biovac have historically focused on procuring and distributing jabs or filling and finishing them — as Aspen will do for Johnson & Johnson’s candidate vaccine. The duo is the only two firms working in the vaccine field locally.

Stoffels explains that building new Covid-19 vaccine capacity in South Africa and elsewhere would have taken three to five years. Instead, to quickly meet the demand for the vaccine, Johnson & Johnson will produce the vaccine at three existing plants before shipping it to six centres across the world, including Aspen’s Port Elizabeth factory, for fill and finish.

Johnson & Johnson’s experimental Covid-19 vaccine is in the late stages of human testing, which includes trials in South Africa. Stoffels says the firm expects to know in late January 2021 whether the jab works to protect people from becoming infected with the new coronavirus or developing serious Covid-19 disease.

Stoffels says that about half of Johnson & Johnson’s costs to develop its Covid-19 vaccine have been covered by the United States government, which is one of the reasons the firm will offer the jab at cost during the emergency phase of the pandemic. It has also set aside 500 million doses for the COVAX initiative.

There are almost 350 experimental Covid-19 vaccines in development, according to the United Kingdom’s science analytics company, Airfinity. The World Health Organisation (WHO) says only about four dozen jabs have entered human clinical trials.

Airfinity CEO, Rasmus Bech Hansen, says Covid-19 vaccines fall into one of four main categories. Some jabs like Johnson & Johnson’s vaccine use harmless viruses to deliver proteins into the body and hopefully trigger an immune system response. Others — such as the Novavax vaccine trialled by Wits University — pair sterilised coronavirus proteins or parts of proteins with an immune booster to help the body create Covid-19 fighting antibodies. This kind of vaccine is sometimes called a protein sub-unit jab.

Aspen and the Biovac Institute executives say that one day their firms could produce three out of the four main types of Covid-19 vaccines.

Biovac, meanwhile, could potentially one day produce Covid-19 jabs such as Novavax as well as the Pfizer/BioNTech vaccine, which uses genetic material produced in labs to trick the body into thinking the coronavirus is present and developing an immune response.

The Coalition for Epidemic Preparedness Innovations (CEPI) is working to secure poorer countries’ access to vaccines via an initiative called COVAX. CEPI has identified Biovac as a potential vaccine producer but has not entered into any formal agreements with the institute, CEPI told Spotlight.

Actually producing a Covid-19 vaccine on local soil will mean that larger pharmaceutical companies such as Johnson & Johnson will have to share some of their vaccine-making know-how with local companies, a process called technology transfer.

No quick and easy path to local production

It has taken the Biovac Institute almost 20 years to produce a vaccine from start to finish in the country. It can take anywhere from three to five years and as much as R8.9-billion to build plants to produce certain types of vaccine solutions and Makhoana says financing has been an issue.

But Biovac announced in November that it would soon begin locally producing drug firm Sanofi Pasteur’s six-in-one vaccine to protect children against illnesses such as polio, tetanus and hepatitis B.

The move follows eight years of work with the vaccine’s developer, Sanofi, to transfer the technology needed to produce the six-in-one jab in South Africa and for the local market, Makhoana says.

Johnson & Johnson has entered into a technology transfer agreement with Aspen to fill and finish its Covid-19 vaccines. Aspen declined to release details on the deal.

However, Doctors Without Borders (MSF) Access Campaign Advocacy Officer, Candice Sehoma says the agreement is more of a manufacturing deal than a meaningful transfer of technology that would bolster local production. And, she says, the deal may not guarantee South Africa better access to a Covid-19 vaccine.

“Yes, Aspen will be doing the fill and finish, but at the end of it, Johnson & Johnson still holds the intellectual property rights on that vaccine. They get to determine who, where and how their vaccine is distributed,” she told Spotlight. “Knowing that high-income countries have secured most of the [world’s] vaccines, it really leaves much in question as to… will whatever is being filled and finished locally stand to benefit South Africa and the continent.”

The United States, European Union and India alone purchased more than four billion doses of experimental Covid-19 vaccines before any jab had been shown to work, according to an analysis by Duke University in the United States.

Meanwhile, South Africa and India have submitted a joint proposal to the World Trade Organisation (WTO) that would allow countries to waive some intellectual property rights on Covid-19 medicines, vaccines, masks, ventilators and other materials for the duration of the pandemic. Some similar provisions already exist in international trade law, but are difficult to use in practice.

However, the WHO-backed proposal — expected to be discussed at the WTO on Thursday — is facing stiff opposition from countries and the pharmaceutical industry.

The United States, United Kingdom, and Japan — who were among the first countries to buy massive amounts of Covid-19 vaccines — were among nations opposing the patent waiver by October.

Stoffels says that there are more immediate barriers to scaling up access to Covid-19 vaccines than technology transfers or patents. He explains it has been difficult to even ensure Johnson & Johnson’s manufacturing plants have the new technology needed to produce its experimental Covid-19 vaccine.

“We are developing a new production technology and scaling up [production] all at the same time,” he says while adding that the technology is still evolving. “We don’t even have enough people to do our own tech transfers to our own manufacturing facilities. We have had to find the people,” he says.

“Maybe there’s time for [that kind of tech transfer] in the next five to 10 years but at the moment, we’re focused on getting the technology stable ourselves to make sure we can supply next year.”

“Nobody is under any naïve pretence that if there was no intellectual property then everybody is going to be able to produce vaccines,” Elder said in October. “Let’s be clear: It’s difficult to develop vaccines, and it’s difficult to manufacture them… but there is tremendous capacity in places like India and Brazil,” she said.

“You can expand manufacturing capacity and [ensure] intellectual property barriers aren’t a hindrance for any manufacturer that has the capacity to produce quality-assured, future Covid-19 vaccines.”

Airfinity predicts that access to vaccines will help curb outbreaks in the United States by March, followed by Canada, the United Kingdom and the European Union later next year. India and China are expected to follow suit in 2022.

“There’s more uncertainty around the rest of the world,” Bech Hansen says. “It really depends on the results of upcoming trials and the availability of large-scale production facilities.” DM/MC