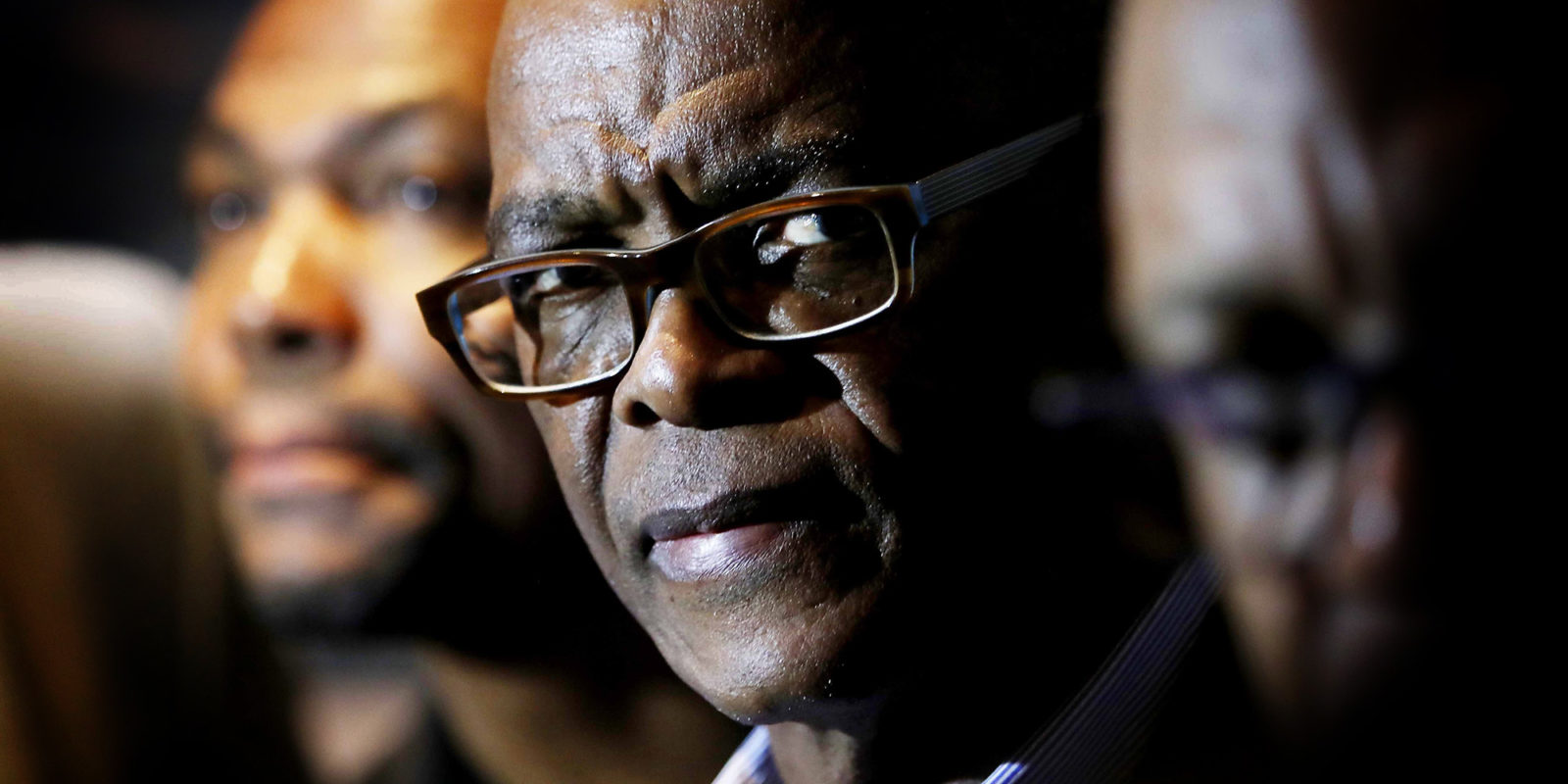 ANC Secretary-General Ace Magashule’s upcoming appearance before the ANC Integrity Commission was praised as an act of courage by ANC spokesperson Pule Mabe at a briefing on the outcomes of the ANC NEC meeting from 6-8 December. Despite calls for Magashule to step aside, he remains the governing party’s secretary-general.

“The secretary-general of the ANC has volunteered to appear before the Integrity Commission. This is an act of courage that he has taken by himself. Something that the entire National Executive Committee, including the president, has commended him for,” said the ANC’s Pule Mabe.

Mabe was addressing a briefing on Thursday on the outcomes of the ANC NEC meeting from 6-8 December.

An embattled Ace Magashule is facing corruption charges after a warrant for his arrest was issued in November in connection with the R255-million asbestos audit contract in the Free State.

Magashule, who is set to appear before the commission on 12 December, briefed the media on outcomes from the party’s final National Executive Committee (NEC) meeting for the year.

Mabe had seemingly stepped in to defend Magashule from journalists’ queries about whether he would recuse himself from NEC meetings in January that would discuss the outcome of his appearance before the Integrity Commission.

Daily Maverick recently reported that Magashule will not step aside as party secretary-general, but will voluntarily appear before the Integrity Commission — a decision agreed upon by the NEC. This is despite the party’s rule, introduced at its 2017 National Conference, that members facing corruption charges or such allegations should both step down from their positions and “present themselves” to the party’s Integrity Commission.

The call was reiterated in a bold statement by President Cyril Ramaphosa to the party in August.

The NEC resolved that guidelines to implement the step-aside rule should be considered and adopted by the committee in early 2021. Until then, it seems Magashule will remain in his position.

“The National Executive Committee reaffirmed that as a voluntary organisation, the ANC follows its constitution, rules, conference resolutions, NEC decisions and must under all circumstances operate within the Constitution of the Republic of South Africa and the laws of the land,” said Magashule.

Three legal opinions tabled at the meeting said that the party could not force leaders to step aside as this went against the constitutional legal principle of being innocent until proven guilty.

But the step-aside rule has been implemented inconsistently. While Magashule remains fixed in his position, the president’s spokesperson Khusela Diko was instructed to step aside after controversial PPE contracts were awarded to her husband, Thandisizwe Diko. ANC MP, Bongani Bongo, on the other hand, has refused to step down after he was accused of corruption.

“The NEC stressed in dealing with all these matters of integrity and corruption, that remedial action should be applied in an even-handed manner to all members at every level of the organisation. It noted that any inconsistent application of the rules and the constitution of the ANC will undermine the unity of the movement,” said Magashule.

The ANC Integrity Commission can confirm that it will be engaging with the Secretary-General of the ANC, Cde Elias Ace Magashule; on Saturday 12 December 2020.

It is important to note that the Commission is a structure of the NEC, is accountable to the NEC, and totally respects its processes and procedures.

We would therefore like to point out the following to the media:

• We will not respond to any media queries or speculative comment before or during the engagement.

• Once the engagement has been completed, we will issue a statement confirming that it has happened and outlining the process that is to be followed.

We would appreciate the cooperation of the media throughout this process.

We understand the level of public interest, not just among the membership of the ANC but in society at large, but are duty-bound to respect protocol and process to ensure an outcome that is in line with our mandate. DM