Dawn Lindberg – The Light has gone out 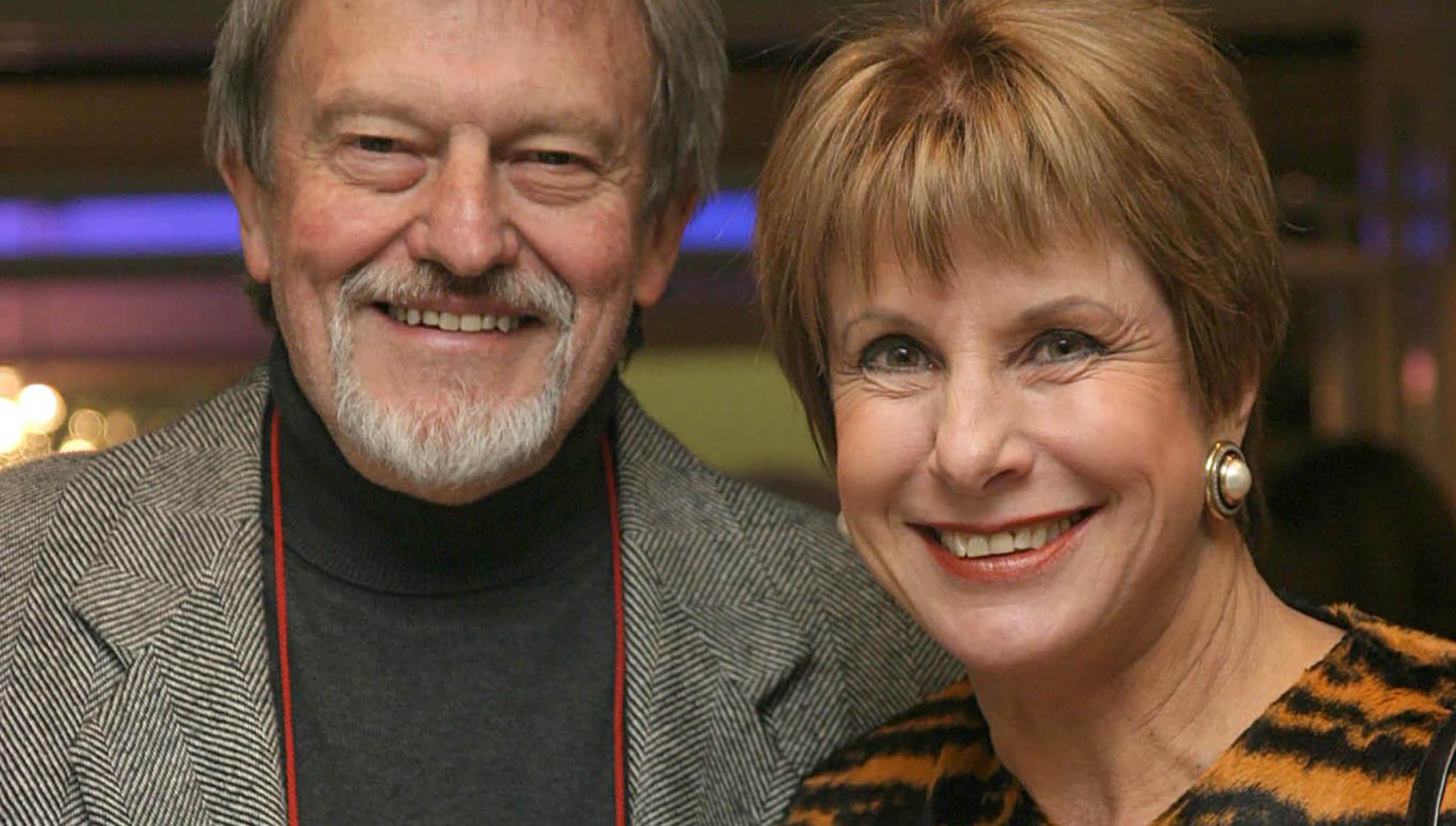 Dawn Lindberg’s death due to the effects of Covid-19 has stunned and saddened South Africa’s cultural world. Her contributions were important and her legacy must be made secure.

Hers was a life in theatre and entertainment that moved from tiny make-do halls, to great theatrical successes, and on to the creation of South Africa’s most important theatre awards programme. Then Dawn Lindberg died on 7 December, yet another casualty of a year – and a disease – that has cost the nation many of its leading cultural figures, among so many other victims.

Before her death, she was the CEO of the Naledi Theatre Awards. The organisation said of her legacy: “She was a legend of the performing arts in South Africa.”

Social media has been filled with other tributes by dozens of people in South Africa’s artistic and cultural community. One prominent filmmaker said of Lindberg, “She was the light.” And now she is gone.

In Lindberg’s video statement of 2 December, as she had been scheduled to join in handing out the most recent round of awards in the midst of the pandemic, she said:

“I was so looking forward to celebrating with all of you tonight, applauding your success and sharing in the joy of your ceremony this evening at the State Theatre. I am afraid Covid-19 has deprived me of the honour of helping to hand over the Naledi trophies to the winners in person. I tested Covid-positive and so I am in quarantine with my husband, Des, locked down in Plettenberg Bay, the latest hot spot.”

Nearly 60 years earlier, in 1962, while she was studying fine art at the University of the Witwatersrand, she first met Des Lindberg, the man with whom she would be linked artistically (and then in their marriage in 1965), until her death. Years later, describing her husband at the start of their artistic relationship, she said: “He was like a gentle Viking, tall, with blond hair falling over his eyes, and a guitar slung over his back.” Prior to her years at Wits, she had been an AFS exchange student in the US and then after Wits, she studied art in Europe as well.

By the time Dawn met him, Des Lindberg was already a rising, popular singer in the light-hearted folk music style of the early 1960s, often based out of the Troubadour Coffee Bar in the largely industrial neighbourhood of Doornfontein, Johannesburg. His big song then, Die Gezoem van die Bye (The Buzz of the Bees), evolved from Harry McClintock’s Big Rock Candy Mountain, that wistful 1920s American hobo’s dream of a paradise:

Where the lemonade springs and the bluebird sings,
In the big rock candy mountain.

Des Lindberg’s version went to number one on the South African charts, where it remained for 20 weeks, establishing his presence on the folk music scene by the time he and Dawn met.

Together, they joined forces as a folk duo and they had a string of hits and albums, most prominently and famously The Seagull’s Name Was Nelson, first released in 1971. With its lyrics about the healing and the release of a wounded seagull found on the beach, it was a disguised lament for Nelson Mandela, then imprisoned on Robben Island, just a few kilometres from the beach where the song’s narrator would have found that injured seagull. It would not have been too difficult a project for listeners to draw the appropriate connections.

For years, as 20th-century troubadours, Des and Dawn toured the nation – and neighbouring countries  – with their music, performing in clubs, restaurants, town halls and pubs. This, of course, was at a time when South Africa was still years from having television broadcasts, when content on radio was strictly monitored and restricted to prevent unsavoury music from seducing the ears of impressionable young people; and, of course, when venues and casts for live performances were strictly segregated in almost every case, all across the country. (The Space Theatre and the Market Theatre were still in the future.)

In fact, in 1967, Folk on Trek, one of Des and Dawn’s albums from that period, was banned, in that case on the grounds of obscenity. The duo appealed against the ban, but lost their case and as a result, all of the copies of the offending album were supposed to have been destroyed, although, not surprisingly, some collectors kept their copies, despite that ruling, making it a bit of a cult classic.

Eventually, the duo decided they wanted to move beyond the life of travelling entertainers and so they searched for opportunities to move into the ranks of theatre impresarios, in a way that via culture they might contribute to changing the country’s apartheid strictures. In 1973, they obtained the rights to the smash-hit Broadway musical Godspell. Given the circumstances of South Africa at the time, the production’s rehearsals took place on the lawn of the Lindbergs’ Johannesburg house rather than in a theatre, and the premiere of the show actually took place at the Holiday Inn in neighbouring Maseru, Lesotho, in a purpose-built venue, before subsequently touring throughout South Africa.

This Godspell is generally seen as the first integrated cast production of a Broadway-style musical in South Africa. But it went on tour in South Africa after having first been banned on the grounds of blasphemy. The Lindbergs took that ruling to the Supreme Court, and after the judge witnessed a one-night run of the production, they gained a reversal of the blasphemy banning order.

Thereafter, it toured for a year and a half before finally closing. Veteran cultural administrator Ismail Mahomed said of this production of Godspell: “It was principled and revolutionary given the time when it was staged. It wasn’t just a protest against the state, but also against the church, which was soaked in apartheid blood.”

Godspell was the kind of huge hit every theatre impresario dreams of achieving. With their earnings, the Lindbergs invested over the years in a number of shows such as Pippin, The Black Mikado (the first West End musical to premiere in Soweto); The Best Little Whorehouse in Texas, (when the title – but not the work – was banned); and The Vagina Monologues. In addition, they purchased a gracious house in Johannesburg’s Houghton where the soirées they hosted on Sundays became an important feature of Johannesburg’s cultural scene.

In addition to established performers, these soirées often gave rising performers opportunities to show off their craft in front of live audiences. Johnny Clegg and Sipho Mchunu performed early on as the crossover duo Juluka, for example. In all, more than 800 Sunday soirées took place in that house, including with actors John Kani and Winston Ntshona in their production of Sizwe Banzi is Dead, poet Oswald Mtshali reading from his award-winning collection Sounds of a Cowhide Drum, the redoubtable singer Abigail Kubeka, the Soweto String Quartet, Hugh Masekela, the Drakensberg Boys Choir and many others. Later on, Dawn would say of those efforts, “Theatre and the arts are much more reflective of our current society and the demographics of the practitioners.” Early on in his time in South Africa, this writer attended some of these soirées, gaining an opportunity to see the new South African culture as it was emerging.

In addition, Dawn was a key part of a sex education project that included both a book and an album of related songs. This was at a time when such products were very few and far between.

In 2004, Dawn founded and then led the annual Naledi Theatre Awards into becoming South Africa’s premier theatre awards. With its intensive judging process, virtually every production staged in Johannesburg, Pretoria and surrounding areas is viewed by panels of judges to select the award winners. Since its inception, it has honoured more than 300 artists and theatre makers, and awarded more than 60 Lifetime Achievement Awards to leading South African performers, directors, and other creatives.

The Naledi awards were close to Dawn’s heart since their inception, and the awards helped draw South Africa’s often-fractious cultural world together to celebrate the country’s artistic successes, innovations and achievements. Throughout her stewardship, Dawn’s role was more than just that of a titular CEO, presiding over a project administered by others. She laboured constantly to find donors and sponsors to underwrite this process and to ensure it took place, despite the often-difficult economic circumstances the nation was enduring. The continuation of the Naledis should be Dawn Lindberg’s great legacy for the future of South African theatre. DM