Surfers fight to preserve the life of the oceans 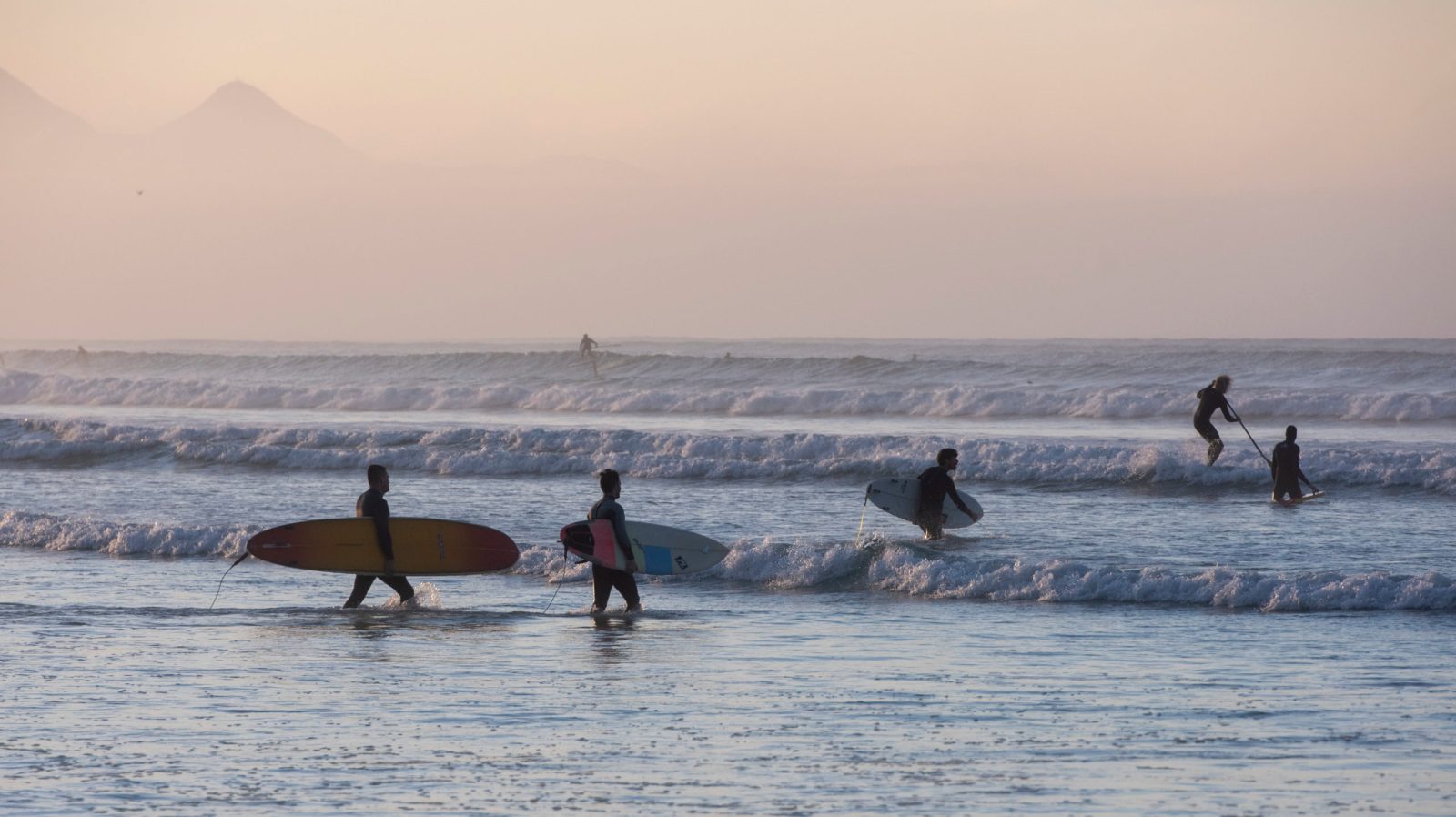 Professional surfers return to the water at Muizenberg corner

Ocean conservationists and surfers are in a race against time to save the seas. They hope that through educating South Africans, the oceans’ fate can be changed.

The barrier reefs are dying, and climate change is putting the ocean and subsequently, the best surf spots, in jeopardy. Australia’s Great Barrier Reef is the world’s most extensive ecosystem, but is one of the World Heritage Sites that is under threat, and has “lost more than half its coral in the past three decades”, according to an article in Al Jazeera.

Reporting for CBS News, Sophie Lewis explains that, “The health status of Australia’s Great Barrier Reef has officially declined from ‘significant concern’ to ‘critical’ for the first time, the International Union for Conservation of Nature (IUCN) announced….”

Australian-based organisation Surfers For Climate (SFC) is dedicated to turning the tide on climate change, and aims to bring surfers, environmental groups, activists and climate scientists together to defend their country’s coastlines as well as the values of a sport focused on the preservation of the oceans and their ecosystems.

The organisation emphasises its appreciation and love for the ocean and nature, and the importance of a healthy ecosystem, and wants future generations to create their own life-long memories of the same oceans they’re fighting for.

A major concern for surfers regarding the climate crisis is the potential rise of sea levels and the resulting socioeconomic and ecological consequences. These include threatened populations in low-lying areas and island nations, and the alteration and degradation of the biophysical properties of beaches, estuaries, and wetlands.

“The rate of sea-level rise is accelerating: it has more than doubled from 0.06 inches [1.4mm] per year throughout most of the 20th century to 0.14 inches [3.6mm] per year from 2006-2015,” says a “Climate Change: Global Sea Level” report by Rebecca Lindsey for the US National Oceanic and Atmospheric Administration (NOAA) in August 2020.

Anyone can be affected by the rise of sea levels, says Lindsey, not just people living on islands or close to the ocean.

The increase in global temperatures has resulted in the melting of ice sheets and glaciers in Antarctica and Greenland and with that, the rise of sea-levels has also accelerated.

“Even with the lowest possible greenhouse gas emission pathways, global mean sea level would rise at least 8 inches [0.2m] above 1992 levels by 2100. With high rates of emissions, sea-level rise would be much higher but was unlikely to exceed 6.6 feet [2m] higher than 1992 levels,” according to a 2012 review on global sea-level projections conducted by a group of NOAA scientists.

Trisos, who is based at the University of Cape Town, also works with the Intergovernmental Panel on Climate Change (IPCC), which is the leading international body for the assessment of climate change.

“The IPCC assesses climate change impacts, vulnerabilities and adaptation options globally. My role is leading the section on Africa. The report is used by policymakers to inform negotiations on international climate agreements, like the Paris Agreement in 2015, to limit global warming,” he explains.

Although Trisos recognises that the South African government isn’t closed-minded about climate change, he feels they should show urgency in using renewable energy that won’t cause damage to the environment.

“The South African government agrees that climate change is happening and is caused by burning fossil fuels. They also acknowledge that it poses a grave risk to the health and well-being of South Africans, for example from increased drought and risk of morbidity and mortality from extreme heat. However, the government needs to act faster to reduce our use of coal and to increase electricity generation from renewables, such as wind and solar power,” he says.

Regarding our knowledge on climate change, Trisos feels the information should relate more to South Africans.

“Surveys indicate that climate-change literacy – defined as having heard of climate change and knowing it is caused by human activity – is low in South Africa,” he says.

“More education materials in local languages that explain what climate change is, the causes of climate change and the risks to local people would be helpful. South Africans can also continue to increase the pressure on politicians and businesses to stop using fossil fuels and invest in renewable energy.”

To increase awareness surrounding climate change and South African oceans, the Save Our Seas Foundation (SOSF) has partnered with the Wavescape Surf and Ocean Festival – which, this year, is screening 22 films over 4 nights, until 12 December – and has set up art exhibits and murals along Cape Town’s Sea Point Promenade.

The first installation, an outdoor photographic exhibition by National Geographic photographer Thomas Peschak, entitled Wild Seas, demonstrates the beauty and fragility of oceans, according to a press release sent by the organisation.

“We work to connect people with the ocean, understand its fragility and how they can help. Cape Town is the perfect location to celebrate coexistence of people and marine life, and Wavescape the perfect conduit to channel this passion. Wild Seas by Thomas Peschak presents a stunning range of iconic imagery that encapsulates the ephemeral beauty of our natural world, and highlights some of the stark realities our oceans face,” says Dr James Lea, the CEO of the Save Our Seas Foundation.

The second installation is an ocean-conscious mural by artist Chris Auret and is also on the Sea Point Promenade.

“Art is an incredibly powerful tool. It can stir emotion and invoke ideas in ways no other medium can. We are delighted to have teamed up with Chris Auret to create this vibrant inspiring mural of our connection to sharks, and how their future really is in our hands,” says Lea. DM/ML