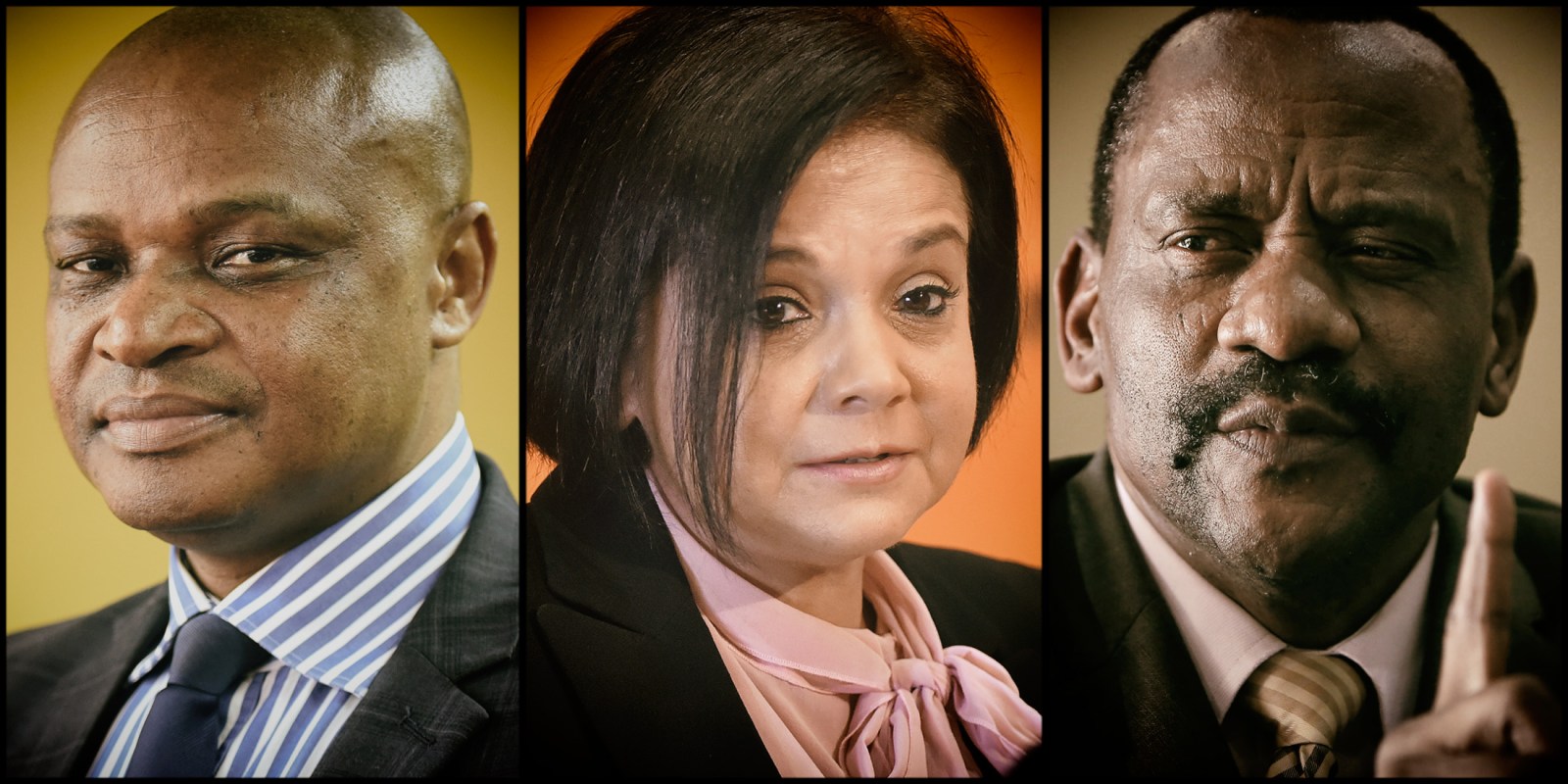 The head of the NPA, with the heads of the Hawks and the SIU, on Sunday described the progress they had made in investigating the ‘unbelievable’ amount of corruption that took place during the Covid-19 pandemic.

Describing the extent of Covid-19 corruption that took place as “unbelievable”, the National Director of Public Prosecutions, Shamila Batohi, said the wave of cases generated by the pandemic hit the National Prosecuting Authority (NPA) when they were still trying to recapacitate the institution.

She added that corruption also showed that South Africa’s risk identifying and risk managing capabilities were not strong enough to prevent public funds from being looted.

Batohi, along with General Godfrey Lebeya, the head of the Directorate for Priority Crime Investigation, better known as the Hawks, and advocate Andy Mothibi, who heads the Special Investigating Unit (SIU), took part in the final of four webinars facilitated by Maverick Citizen editor Mark Heywood and organised by the Health Sector Anti-Corruption Forum.

“We were on a trajectory to recapacitate institutions, then Covid-19 hit us,” Batohi said. “While a lot of work is going on and the wheels of justice are turning, there are huge challenges. What people really want to see is that people are prosecuted and committed to prison.”

She said Covid-19 had prevented the NPA from recruiting as quickly as they had wanted and strong regional offices were needed to take processes further.

Referring to the extent of corruption related to the Covid-19 pandemic and specifically to the procurement of personal protective equipment (PPE), Heywood said that it had “shocked many of us to the core”.

“It has led directly to the deaths of many healthcare workers, particularly if you consider that it is linked to PPE. Two-thirds of expenditure related to supplementary budgets are under investigation,” he said.

“Since the president signed the proclamation for the SIU to investigate these contracts, we have rearranged our resources to meet the demands of this investigation.”

He said the SIU is investigating several state-owned enterprises, including Eskom and Transnet.

“We report to the president every six weeks. The last of these reports took place on 25 November,” he said. “We reported that we have 10 matters valued at R259-million that are under way to be adjudicated at the Special Tribunal for purposes of recovery.”

The Special Tribunal, with nine judges, has been set up as an independent tribunal to hear and fast-track civil litigation relating to the work of the SIU.

Mothibi said that while some significant gains had been made, investigations on 1,541 contracts were still incomplete.

“Investigators are putting in a big effort,” Mothibi said. “It sends out a positive message: We will not relent in dealing with wrongdoing in the Covid-19 pandemic.”

Lebeya said the Hawks is a directorate within the SA Police Service that investigates serious corruption cases and other instances of organised crime and serious commercial crime.

He explained that the fusion centre, a collaboration between the Hawks, the SIU, the NPA and the Auditor-General, was created to deal with corruption related to Covid-19 procurement and specifically PPE procurement.

He said 231 investigations had led to 88 dockets being opened. “We must ensure in these matters that there is sufficient evidence to bring an accused person or persons to court.”

Lebeya said they had taken 11 cases to court with 26 accused persons, and that the Office of the Auditor-General had recently handed over 68 cases arising from its audits.

“Human resources are a challenge. We appreciate the investment that government has done. Last month we recruited more than 100 people. We expect this number to increase so that we can effectively respond to these challenges.”

Lebeya said the majority of their cases was in Gauteng.

“You can expect that we will be visiting the Eastern Cape again. We won’t be leaving Limpopo alone either.”

He said apart from cases relating to the procurement of PPE, corruption in municipalities also featured strongly.

Batohi said that in the context of how much money had been lost to corruption it might not look like substantial progress, but the NPA is still busy building systems.

“For instance, the speed with which the Asset Forfeiture Unit moved in the Covid-19 space was very quick,” she said.

While the SIU is set up to recoup public funds, the Asset Forfeiture Unit (AFU) was created to freeze and forfeit profit made from crime.

“The AFU didn’t escape the tentacles of what happened in the past 10 years,” she said. “It is such an important capability.”

She said the unit had had a series of acting heads, but the position had now been filled.

“It was not doing as well as it should have been doing. Almost a third of our GDP [gross domestic product] has been stolen through corruption. The AFU must play a huge role.”

“The National Anti-Corruption Strategy has been approved and signed off by government to improve on how we do things. It puts a premium on the input of civil society.  The pendulum is turning.”

She said much of the money stolen through corrupt acts had left South Africa.

Mothibi said the SIU was freezing the pensions of state officials who had been found to be involved in irregular activities.

“We make disciplinary referrals. So far we have made 25 of these for heads of departments, directors and chief directors. We have seen this phenomenon in government that people leave when they are subject to disciplinary proceedings. We don’t want hollow judgments [with nothing to recover], so we have started to freeze pensions. It sends out a message that you cannot just resign and leave.”

He added that in their investigations into municipalities, administrators played a role “from time to time.”

“We can say that individuals took the opportunity when the [supply chain management] rules were relaxed about procurement.”

Batohi said that corruption had been enabled because of a lack of systems and proper controls in government entities relating to supply chain management.

“Pre-Covid we had a meeting with the directors-general, and the director-general of Treasury said that is a proactive side where departments and municipalities must do risk identification and risk controls. Now law enforcement is burdened in trying to deal with this. Their risk mitigation was not strong enough to stop corruption from happening.”

Mothibi said consequence management was key to dealing with the culture of impunity around corruption.

“I want to call upon all South Africans to resist the temptation to get involved in corruption.

“Before Covid-19 came in we were already putting in place the fusion centre way of working. But now we focus our resources specifically on Covid-19 cases,” he said.

Batohi said civil society played an essential role in holding both the NPA and government accountable and “also to protect us if we are being attacked”.

“We have only just begun this long journey. There is still corruption in our own ranks and within our entities. It is extremely difficult to work in this environment as sometimes you still don’t know who to trust.”

She said that the protection of whistle-blowers was very important.

“With regard to the NPA, we are trying to strengthen integrity and trying to create a role map for a truly independent NPA that is corruption-proof.”

“The National Anti-Corruption Strategy has been approved and signed off by government to improve on how we do things. It puts a premium on the input of civil society.  The pendulum is turning.

“To those who continue to engage in corrupt activities, I want to say: we are coming for you.” DM/MC