Government runs roughshod over labour legislation. Why is this okay? 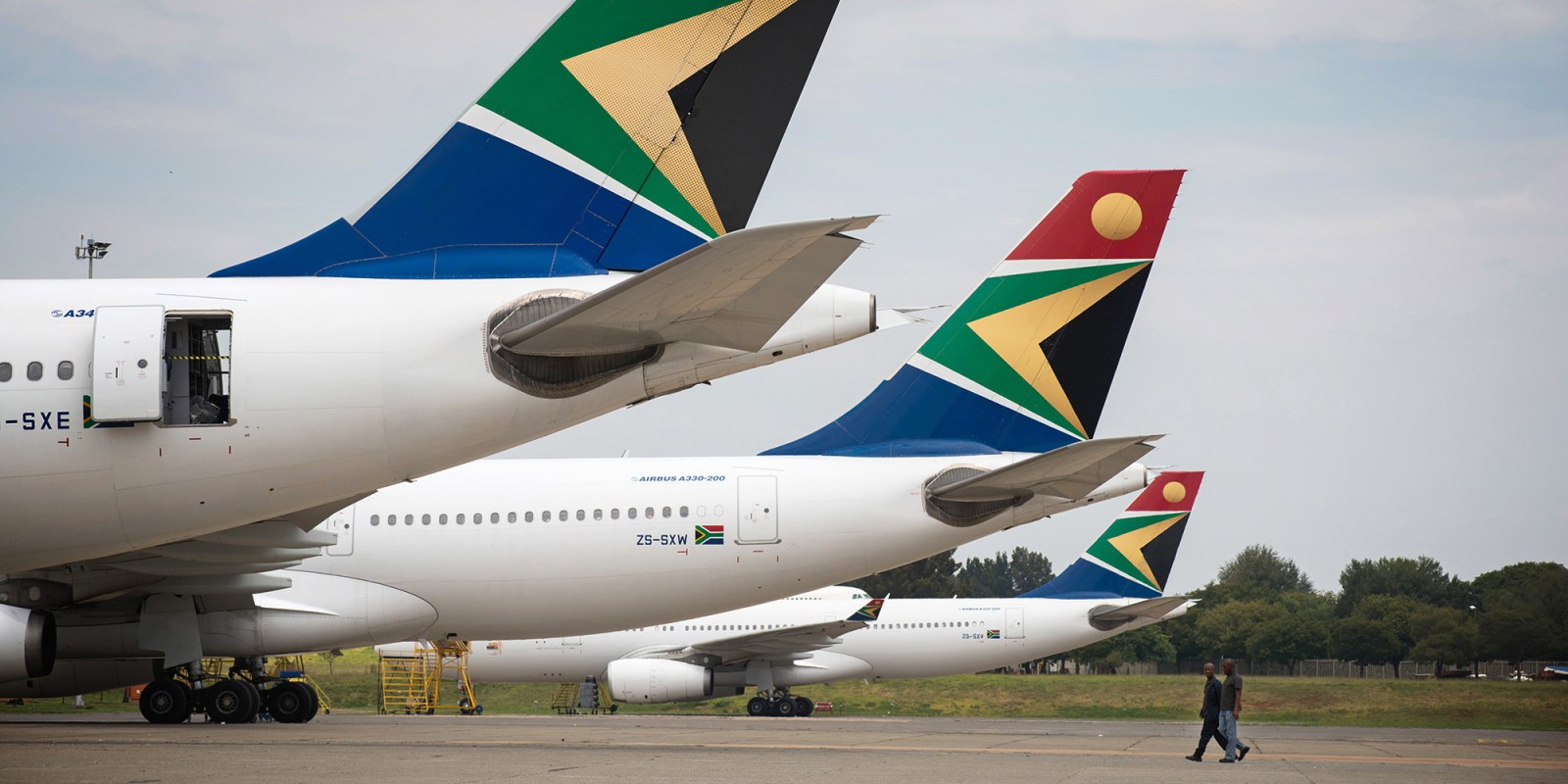 SAA, our national airline, is still in business rescue and, despite the government having made the R10.5-billion available to bring SAA-lite back into the sky, there appears to be no urgency to do so, says the writer. (Photo: Waldo Swiegers / Bloomberg via Getty Images)

Eighteen months ago, SAA pilots were flying high. They were tightly organised, highly skilled and in-demand globally. They were also well remunerated. Today, the situation has changed.

SAA pilots are still tightly organised and highly skilled, but they, along with their global peers, are not in demand thanks to Covid-19. As it turns out, bar a few who flew the repatriation and cargo flights, SAA pilots have not been remunerated since April, along with most employees of the beleaguered airline. Employees who took voluntary severance packages earlier in the year have not been paid out.

Since then, the aviation industry has tentatively opened up, including in South Africa, where Safair, Airlink and CemAir have been making hay. But other competitors are joining in, including Comair and the new entrant, Lift. International flights are also landing in SA, including from Emirates, British Airways and Singapore Airlines. SAA, our national airline, is still in business rescue and, despite the government having made the R10.5-billion available to bring SAA-lite back into the sky, there appears to be no urgency to do so. Instead, the Department of Public Enterprises (DPE) is locked in an intractable dispute with the South African Airways Pilots Association (SAAPA), the trade union representing the pilots, as well as with Numsa and the South African Cabin Crew Association (Sacca).

South Africa’s workplace is governed by labour legislation and company law to protect employers and employees and to avoid costly stalemates. When a stalemate is reached, there are tried and tested dispute resolution mechanisms. As the judgment in Numsa and Sacca vs SAA noted, the rights of employees are protected during business rescue proceedings and collective agreements remain in place unless agreed otherwise.

Yet staff have not been paid since April. This is just one of dozens of examples where the government is ignoring SA’s labour legislation. What we have here is a delinquent employer, one that doesn’t comply with the law and feels no ethical or moral obligation to do so. And in my view, this attitude is reflected by the business rescue practitioners who are earning enormous salaries, but appear to be taking instructions from the director-general at the DPE. Of course, they are obliged to act independently under the Companies Act, but it is debatable whether they are able to carry out their duties independently, given the overshadowing might of the shareholder – the state.

To get the airline back into the sky, the government needs to conclude the retrenchment process urgently. Until this is done, it cannot restart the airline or conclude negotiations with its mystery equity partner.

One sticking point is the regulating agreement that governs the terms and conditions under which SAA’s 700-odd pilots are employed. Public Enterprises Minister Pravin Gordhan maintains that the pilots’ regulating agreement is “unconstitutional and unlawful, and it is imperative that it be terminated”.

Yet this agreement was renegotiated in 2014, was signed by both parties, and employers and employees have the right to renegotiate every year.

Aside from the fact that the agreement is generous to the pilots, which no one is disputing and on which the pilot’s union has made significant concessions, the real issue is transformation. A pilot’s life in most airlines is governed by “seniority” – the day you enter the workforce you get a seniority position and promotion is governed strictly by this position. When SAA had a few years of growth, it took about 12 years to become a captain, but the continual shrinkage in pilot numbers meant the time to become a captain has been pushed to about 20 years at SAA. This seniority system obviously makes rapid transformation impossible unless there is growth in the size of the company. Twenty years ago SAA had more than 800 pilots, but this had been whittled down to 621, pre-Covid.

Recognising that apartheid had excluded talented people on the basis of race, in the late 1990s the SAAPA initiated and agreed to the adjustment in seniority of a number of designated group pilots who joined SAA in 1994. They were promoted up the ranks to the position they would have been in, had they been employed prior to 1994. In the late 1990s, SAA also started a cadet pilot programme to try to increase the pool of designated pilots. Just prior to SAA going into business rescue, the airline employed 86% of all qualified black ATPL (Airline Transport Pilot Licence) pilots in SA. Unfortunately, SAA’s cadet programme was mothballed six years ago for cost reasons, which put the brakes on the transformation of SA’s entire pilot body.

So, back to retrenchments. The government wants the pilots to accept a retrenchment package that is in line with the basic conditions of employment, but is almost two-thirds smaller than that guaranteed in their agreement. And it wants the pilots to agree to terminate the Regulating Agreement, including the system of seniority. In terms of the agreement, retrenchment for operational reasons would work in reverse order of seniority, which is effectively “last in, first out (LIFO)”, which is used in other employee groups. The pilots’ union has made concessionary proposals to mitigate the effect that LIFO would have on the designated group representation by agreeing to keep the gains made in employment equity. However, this is not acceptable to SAA and so a stalemate has occurred.

Every day that this stalemate drags on will reduce the chances of a successful restart to operations, and increases the financial liabilities of SAA towards all employees, to the detriment of the creditors. DM/BM