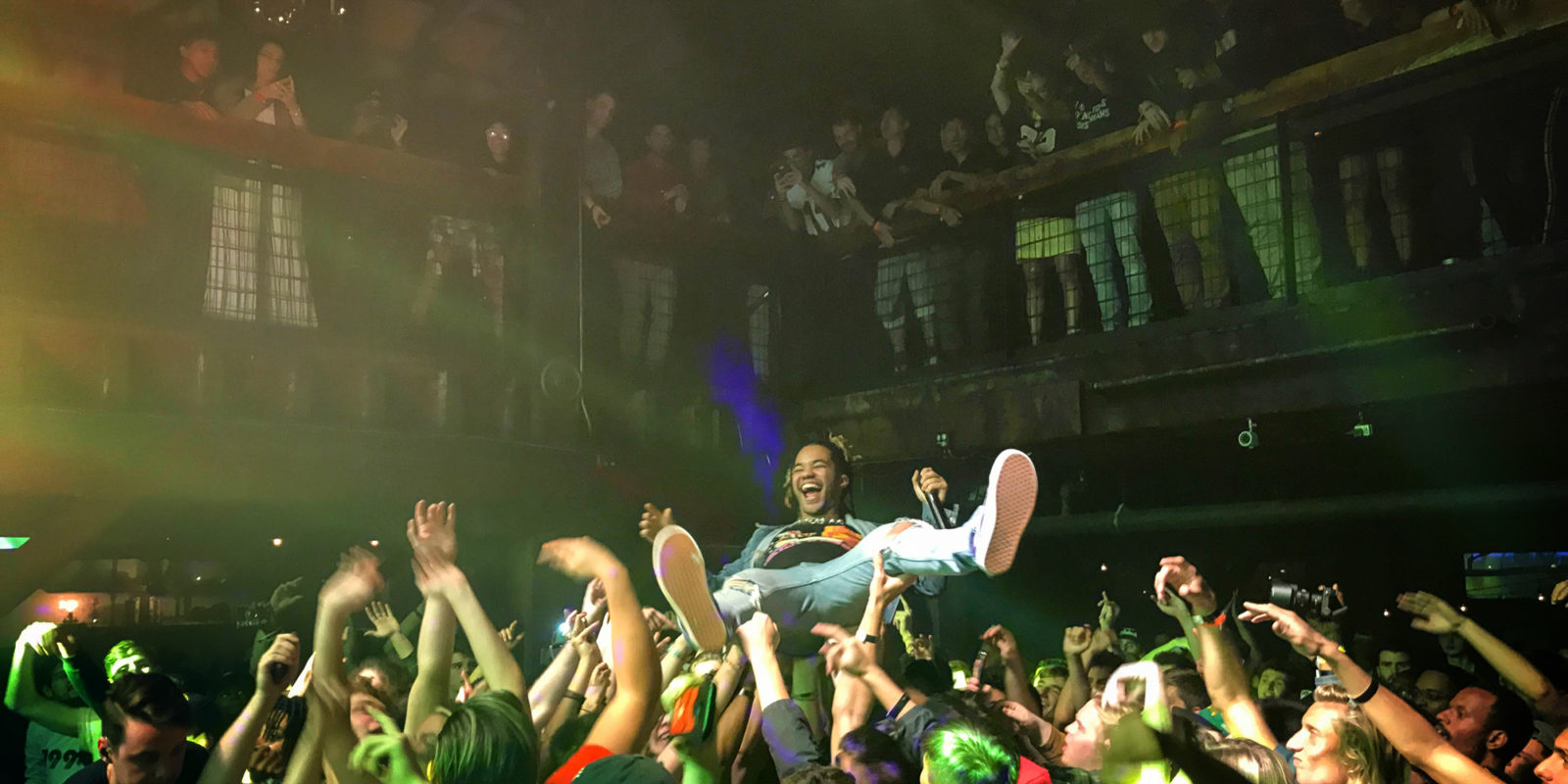 Health Minister Zweli Mkhize sounded the alarm at the weekend that there had been a spike in Covid-19 cases among students attending yearend Rage festivities in Ballito Bay. He urged all attendees to be quarantined and tested. Among those infected were four confirmed Ballito Rage staff members. The next legs of Rage — Johannesburg and Jeffreys Bay— have been cancelled. Ticket sales for the Plett Rage have been put on hold.

The festival organisers for Ballito Rage, the first leg of the Rage festivals and now labelled a “super-spreader event”, say that the outbreak of Covid-19 among attendees and staff was out of their control as attendees also went to other sites in the area.

According to Darren Sandras, the spokesperson for Ballito Rage, there was no way the organisers of the event could ensure that these external sites were Covid-19 compliant.

“We had extreme Covid-19 mitigation measures in place which made the events unpopular. These included liquor not being sold at any of the events,” says Sandras.

He argued that because of the stringent measures, many attendees abandoned the official Ballito Rage programme last week and found alternatives.

“We record that attendance was low at our event sites due to our extreme Covid-19 mitigation measures that were put into place,” said Sandras. “Unfortunately, it meant many attendees went to other parties — not run by Rage — where Covid regulations were not in place.”

However, organisers were not able to confirm whether any Covid transmissions could be traced to these non-Rage events. Tracing was “up to the relevant authorities”, he said. “We are working fully with all authorities and stakeholders and sharing all the information we have, and as needed.”

Sandras’ response to the recent outbreak of Covid-19 among attendees at Ballito Rage comes after Health Minister Zweli Mkhize announced that a number of confirmed cases had been traced back to the first leg of Rage, which Mkhize dubbed a “super-spreader” event.

In Mkihize’s statement on Sunday, he said that all those who attended Ballito Rage should be quarantined for 10 days as stipulated by the Department of Health’s guidelines on quarantine and isolation.

At the time of publishing, it could not be confirmed how many attendees had tested positive, but four employees at Ballito Rage had positive tests, according to Sandras.

What’s all the Rage about?

The Rage festivals are held annually across the country in Jeffreys Bay, Johannesburg, Plettenberg Bay and Ballito in Umhlanga to celebrate the end of the matric examinations.

Although all four Rages fall under the official Rage Festival banner, Johannesburg Rage and Ballito Rage are run by G&G productions. Plettenberg Bay Rage and Jeffery’s Bay Rage are owned and managed separately by Ronen Klugman.

According to Sandras, the organisers were finalising the refund process for tickets after the cancellation of the Johannesburg and Jefferys Bay Rage festivals. Communication concerning tickets for the event would happen in the coming days, Sandras told Daily Maverick.

However, the organisers of the Plettenberg Bay Rage, which was scheduled for 29 January to 6 February, were still engaging with officials and stakeholders on whether the event would be cancelled, Klugman told Daily Maverick. At the time of publishing, all ticket sales for Plettenberg Bay Rage had been halted, says Klugman.

“We really are trying our best here and [we] are being painted with the same brush [as the other Rages], which really is not fair. There are so many jobs on the line and this is absolutely devastating for so many concerned,” Klugman said.

The Rage parties are famed for being well attended by matrics.

Yet Sandras says that about 1,900 tickets for Ballito Rage were sold compared with the 5,000 tickets sold in 2019. Ticket prices range from R900 for a basic Phase One Flexi passport to an Early Bird Black Passport for R3,650, which gives VIP access to parties.

However, Sandras says the primary goal of the festivals is not profit, but ensuring a safe environment for youngsters to party.

The likelihood of Ballito Rage becoming a super-spreader event — an event that has the potential to result in a larger number of individual infections compared with what would normally be anticipated — was foreseen by a number of commentators, Dr Harry Moultrie, a clinical epidemiologist at the National Institute for Communicable Diseases (NICD), told Daily Maverick.

Such formal events were further expected to make a fair contribution to the resurgence of Covid-19 cases in parts of the country, said Moultrie.

“I think the responsibility is held on behalf of, not just the organisers, but the students who attended [Ballito Rage], and the parents… I don’t think it is a particularly wise idea, while they had the permission and they may have tried very hard to maintain social distancing,” he said.

According to Moultrie, the NICD had been alerted by general practitioners and community members claiming that there had been a rise in Covid-19 cases among people who had attended the Ballito Rage events.

The institute was still in the process of compiling data and trying to pinpoint where the new cases traced back to, said Moultrie.

“[A] majority of the students appear to have come from KwaZulu-Natal and Gauteng provinces… At the moment, we have a cluster of cases… which we believe are strongly likely to be associated with having attended the events in question,” Moultrie says.

According to Sandras, the organisers of Ballito Rage had supplied an 86-page Covid-19 compliance plan to the eThekwini Municipality Health Unit and the Durban Events Department.

“Every event at the festival was deemed compliant and the full go-ahead was given by the local health department and the Durban Events Department,” says Sanders.

Both departments were approached for comment, but they had not replied at the time of publication.

Some of the protocols set in place for the rage were a #KnowYourStatus campaign before the festival and an #IsolateBeforeArrival campaign before the festival. Other regulations included mandatory mask-wearing, physical distancing, hand sanitisation facilitations, daily temperature checks and venues were kept at a capacity of 500 for outdoor event areas and 250 for indoor events.

These are in compliance with the Disaster Management Act during Alert Level 1 of the national lockdown.

According to Sandras, a Covid-19 compliance officer was present at every event held throughout Ballito Rage to ensure that all protocols remained in place.

“I can’t speak with 100% certainty about what happened on the ground as I wasn’t specifically there, but I know that there were instances where access [at certain dance floors] was restricted to ensure that Covid-compliance was in place,” Sandras says.

The organisers had done everything they could to ensure that the event was 100% compliant and during the festival, Sandras insisted.

“We continued to enforce all of those compliances and protocols… It was only after the fact that we are now seeing the outbreak,” Sandras said. “We regret that.”

Providing an update on Covid-19 numbers along the Garden Route — which has seen a resurgence in cases over recent weeks — the Western Cape provincial government expressed concern over “reports and other large social gatherings in some parts of the province and which has led to multiple confirmed infections among attendees”.

The province identified infection clusters attributed to smaller parties in the Garden Route and central Karoo.

“These parties include a Cooler Box Festival in Ladismith in the central Karoo and a matric party held in Knysna. Both events have led to multiple infections.”

The provincial MEC for Local Government, Environmental Affairs and Development Planning Anton Bredell called on people to avoid hosting or attending events involving large numbers of people. “This is not the time to hold big parties, regardless of the reason. If we wish to have a safe, happy festive season, it is critical to keep our guard up and to be responsible.”

This article was edited after the fact to correct the spelling of Darren Sandras’ surname. We apologise for the error.

Update on Thursday 10 December, 2020:  The  Plettenberg Bay Rage , scheduled 29 January to 8 February, was cancelled on Wednesday.  According to the organisers of the event, Plett Rage was called off after receiving advice from local authorities, the NICD and receiving public pressure following what had unfolded at Ballito Rage.