Three years on, the shot-hole borer continues to eat aw...

Three years on, the shot-hole borer continues to eat away at SA’s trees 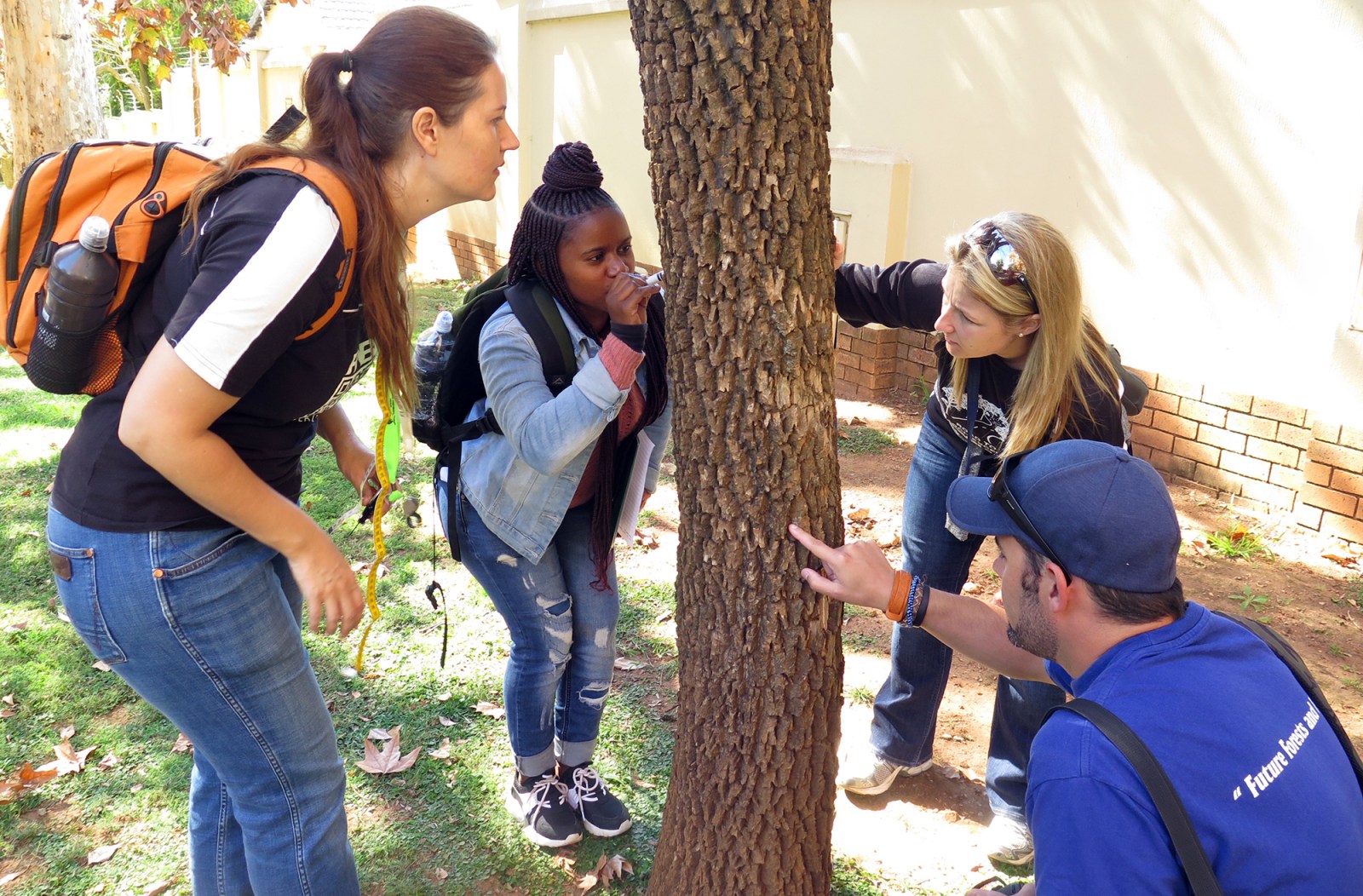 Departmental confusion and delays mean there is no co-ordinated government response.

Tree and insect experts have lamented the government’s slow response to the spread of a tiny tree-killing insect that they believe is “arguably the most damaging tree pest to ever arrive in South Africa”.

In the latest issue of the SA Journal of Science, four senior scientists from the universities of Pretoria and Stellenbosch say that an invasion of this magnitude should have triggered a rapid and coordinated national response.

Instead, three years since its discovery in Pietermaritzburg, the beetle has now attacked more than 100 different tree species, spread to every province except Limpopo, and posed a threat to a growing number of indigenous trees and forests.

The polyphagous shot-hole borer (PSHB) beetle, thought to have arrived in untreated wood products from Southeast Asia, burrows deeply into living wood tissues, eventually killing susceptible trees. Branches die back and some tree trunks look like they have been blasted by a 12-bore shotgun.

To complicate matters, the tiny beetles (each about 2mm long) have cryptic habits and are notoriously difficult to control using chemical pesticides. They spend little time on the tree surface and only swallow small amounts of wood, limiting their contact with pesticides.

The four researchers – Dr Trudy Paap, Professor Wilhelm de Beer and Professor Michael Wingfield from the University of Pretoria, and Dr Francois Roets from Stellenbosch University – have also drawn parallels between the new beetle invasion and the Covid-19 pandemic, noting that both are largely a result of human activities and rapid trade networks.

The global movement of living plants and plant products (including untreated wood pallets, packing material and crating) has created a major pathway for tree pests.

“There is strong evidence linking the role of [human)] disturbance as a major driver of emerging infectious diseases of both humans and forests. Moreover, the unprecedented level of global connectedness via trade and travel networks facilitates the rapid spread of pathogens responsible for human and tree disease pandemics more than ever before,” the researchers say.

There are also strong economic reasons for investing in strategies to reduce the threat posed by future pandemics to both human and forest health.

To illustrate the potentially serious impacts of invasive tree pests, they note that another invasive beetle pest in the United States, the emerald ash borer, has killed hundreds of millions of native ash trees and cost $10-billion in control measures over the past decade.

Turning to the South African government’s response, Paap and her colleagues said three years had passed since beetle damage was first detected in London plane trees at the KwaZulu-Natal National Botanic Gardens.

“An invasion of this magnitude should have elicited a rapid response and the development of a strategic action plan. However, South Africa has never before had to deal with a tree-killing pest of this importance. Moreover, with limited resources available and confusion regarding which government department should take responsibility, a coordinated response has failed to emerge.”

“The PSHB presents a unique challenge in that it crosses boundaries between agriculture, commercial forestry, natural forests and urban trees…. The PSHB has not yet been declared an agricultural emergency plant pest and no formal response has been triggered.”

There were similar challenges to listing it as an invasive pest under environmental protection laws.

“Despite submission [in November 2018] of a detailed pest risk analysis, the process by which listing is facilitated, its addition to the National Environmental Management Biodiversity Act list is yet to be finalised.”

There were also problems at the municipal government level: the major impact of the beetle was in urban environments, raising questions of where the responsibility for management of urban forests lies.

In the absence of a national strategy and with no clear structure in place to guide their response, most municipalities had understandably struggled to manage this threat to urban forests adequately.

“We would do well to seriously reflect on the shortcomings of how we as a country have responded to the arrival of the PSHB and learn from them. Importantly, South Africa needs to be able to deal with new invasions more effectively in the future,” say the researchers.

They note that plants and “pests” have co-evolved over millions of years and that damaging outbreaks of native pests in their natural environments are rare. Instead, pests play a vital role in shaping natural ecosystems.

Yet when people moved them to different continents, the new alien pests could find native hosts that lacked “co-evolved resistance”, with potentially devastating consequences. In some cases, these pests have changed ecosystems fundamentally, with entire tree species being almost eliminated from invaded landscapes.

“There are already indications that indigenous tree species at the fringes of infested urbanised areas are susceptible to PSHB infestation,” says Paap.

The researchers reiterated their call for a consolidated national management strategy and an action plan on PSHB, as well as a coordinated public awareness campaign to inform local government, residents and stakeholder groups about the beetle and its effects.

“Municipalities should be encouraged and supported to remove and destroy heavily infested reproductive host trees. Staff from affected sectors (including private, municipal, provincial and national parks and gardens, and landscaping, nursery, tree felling, farming and forestry industries) need to be trained to identify and appropriately handle PSHB-infested material.”

In response to queries, the two national departments (agriculture and the environment) said they were “finalising measures for promulgation to effectively control and manage the occurrence and infestation”.

The agriculture department said because the problem was a cross-cutting issue involving two departments, a steering committee had been formed comprising the departments of agriculture and environment, provincial departments, municipalities, the environmental and forestry sectors, researchers, academic institutions and agricultural fruit and ornamental sectors.

Environment Minister Barbara Creecy also published a notice in the Government Gazette in September, calling for public comment on her draft proposal to declare emergency intervention measures that would require landowners or occupiers to report the presence of the beetle to her department immediately.

The proposed measures would also ban the sale of PSHB-infested wood and prohibit certain species of wood (including firewood) from being moved into national parks and other protected areas.

The department recognised that PSHB infestations had devastating environmental and economic effects, so swift action was required. It would provide guidance and advocacy materials to the public in due course. There would also be forums and workshops to educate the public and affected stakeholders on the dangers posed by PSHB. DM168

Three years on, the shot-hole borer continues to eat away at SA’s trees