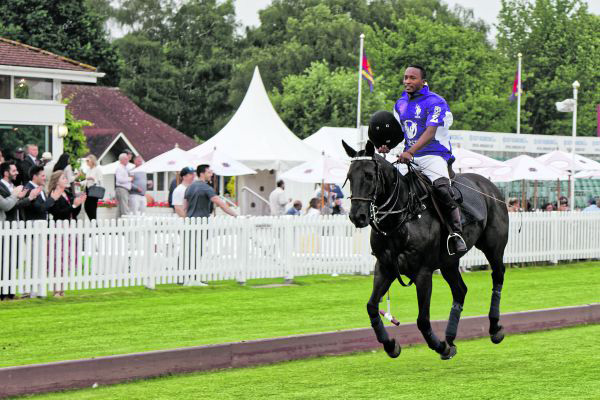 Molefi Ralebenya, playing at guards polo club in the UK on Finals day of the Windsor Cup in 2009. Photo:Supplied

With the violent, tragic events of Senekal still fresh in our minds, we recount another murder of a young man in the Eastern Free State.

I would ask you to close your eyes, but that would be ridiculous for obvious reasons, so I’ll ask you to imagine, as best you can, a young man, born and bred in the farmlands of the Eastern Free State. I want you to imagine a successful agriculturalist, recognised by an international foundation for his endeavours in his particular field; an entrepreneur who had secured funding for a project of his own, and a mentor to others who wished to do the same. I want you to imagine an accomplished sportsman, an amateur polo player who had competed abroad, was loved by his friends and family, and admired by his peers.

Molefi Ralebenya may have grown up in the farmlands of the Eastern Free State, but his was a youth spent in poverty in the farm villages of Naledi and Franshoek outside Ficksburg. He was orphaned as a boy and brought up by the village with his half-brothers Tseko and Soso Tsakatsi.

Anton Chaka, an elder and chairman of the Naledi Farmers’ Co-Op, recognised entrepreneurship and leadership qualities in Ralebenya early on. He says Ralebenya showed a  natural curiosity. He was always willing to attempt something new and was always wanting to better himself.

Ralebenya joined the Poloafrica Development Trust programme, set up by Catherine Cairns with the sole purpose of providing a recreation, education and life-skills outlet to the youth in the area. There, he excelled at horsemanship and polo, travelling to the UK and playing at Guards Polo Club on Finals Day of the Royal Windsor Cup in 2019, attended by the queen.

This young man not only found polo at Poloafrica, he also found beekeeping, providing bee extraction services to the locals and looking after more than 40 hives at Poloafrica and neighbouring farms.

Mark Cann, a director of the UK Armed Forces Polo Association and administrator of the Erach and Roshan Sadri Foundation, says he immediately saw leadership and emotional intelligence in Ralebenya when he toured the UK.

“He was essentially the interpreter for everybody and he had with it both an emotional and an academic intelligence, so he was also very good with the information he was interpreting,” says Cann. The foundation, through trustee Darius Sarosh and his wife Pascale, pledged finance for his beekeeping at Poloafrica, to expand as an entrepreneur, and to provide a platform of mentorship to other youths in the community.

But it was not to be. On his way home after handing back the keys to the owner of a property he was taking care of, Ralebenya was abducted and murdered. Chaka filed a missing-person report when Ralebenya hadn’t been seen for 24 hours, and his body was found two days later at “the hole in the mountain” in Rustlers Valley. All that was missing were his two cellphones and the shirt he wore.

Free State police spokesperson Brigadier Motantsi Makhele assured me that all was being done to apprehend the suspects. This was being treated as a priority murder case. The community had been consulted, a suspect had been taken in for questioning and released without suspicion, and all leads were being followed up on an ongoing basis. Ralebenya died on 28 May 2020, more than six months ago.

Inaccuracies in the police information as to the location of the crime, and concerns raised by Chaka and Cairns as to basic investigative procedures of checking bank and cellphone records, or DNA analysis of his body, paint a different picture.

What puzzles Chaka is that in the case of Brendin Horner, his murder was discovered quickly and suspects were arrested and appeared in court shortly after his death. He was also left at his main gate, where it was certain he would be found. Molefi Ralebenya was dragged almost a kilometre and his body left on a secluded track, where it was unlikely to be found quickly, suggesting a deeper motive. Chaka and Cairns feel the police investigation has shown a lack of urgency and has reached a dead end.

As to motive, it’s all speculation: he might have witnessed criminal activity, or been a victim of jealousy because of his achievements, or it was a random act of cellphone theft. The fear in the community of no more than 200 people is that the perpetrator(s) is still at large and living among them.

These are the facts: two young men, Brendin Horner and Molefi Ralebenya, are dead, together with South Africa’s 15,000 other murder victims of the past 12 months. Two young men with the potential to be leaders in their communities, on opposite sides of a palpable racial divide in the Eastern Free State.

Perhaps when Julius Malema next visits Senekal, he should meet the farmers at the divide and dance and protest, united, against the criminal scourge that cuts deep into the heart of every South African community. DM168