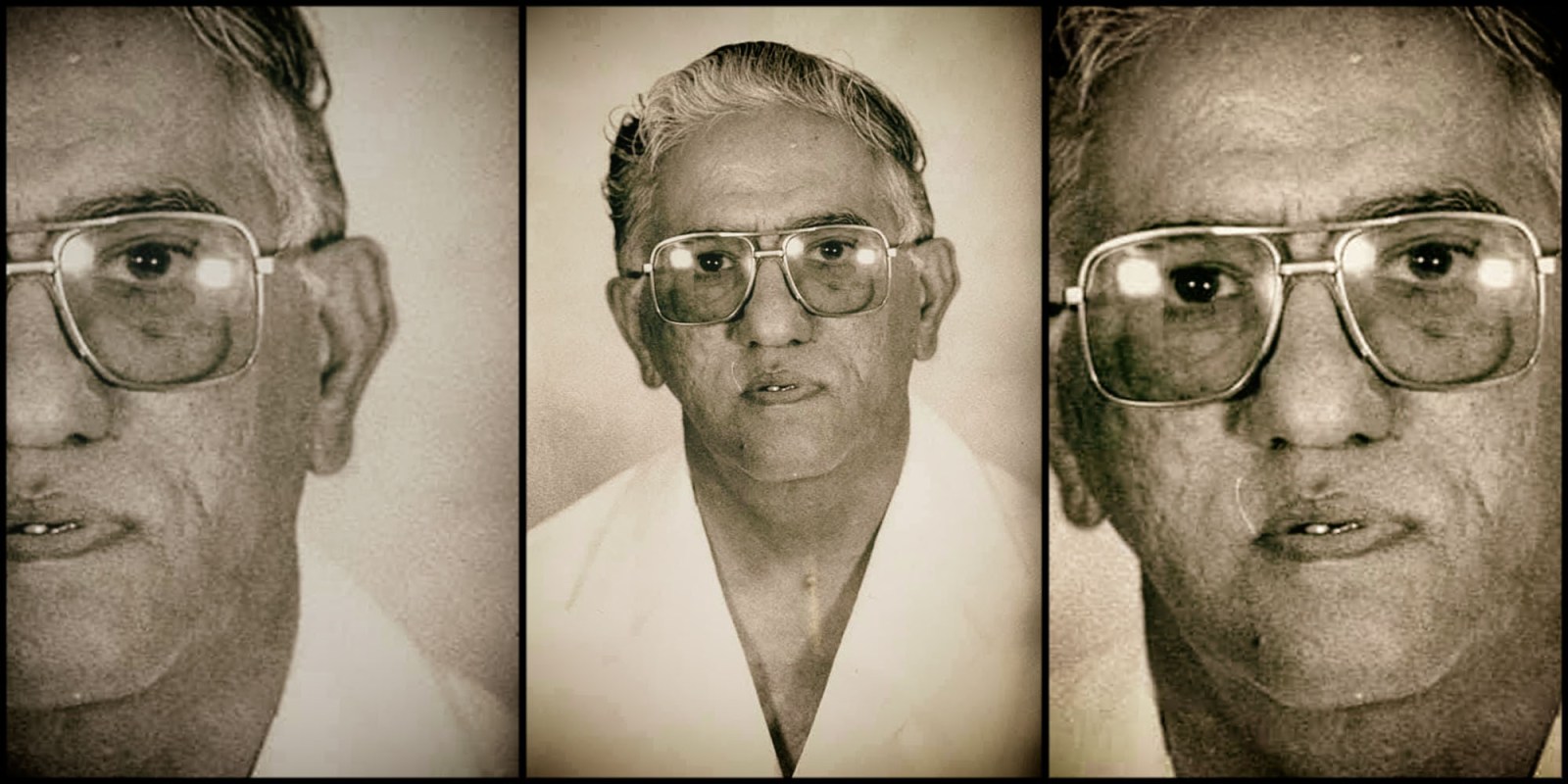 Dr Rashid ‘Ram’ Saloojee (87) passed away on 2 December 2020 at his home in Westcliff, Johannesburg, and was buried that evening at Westpark Cemetery.

Dr Ram Saloojee’s death marks a great loss to the community of Lenasia, where he lived and worked as a doctor for the better part of his life, and to the broader liberation movement in South Africa.

He was a prolific writer of letters, skilled public speaker and a popular critic, particularly in the early years of apartheid after the ANC was banned. He was fiercely opposed to the racist National Party, its underlings in the community, and its policy of separate development and racial discrimination.

Dr Saloojee was an ANC Member of Parliament (MP), Senator, member of the Gauteng Provincial Legislature (MPL), friend, husband, father and grandfather. He was a selfless, kind, caring, generous, compassionate, considerate and tolerant man. He was a gentle soul, a true and humble servant of the people.

His late wife, ‘Aunty’ Sara, would often complain to us about his long and strenuous working days. He never retired for the night before 1am and was at his surgery in the morning. In short, he was a workaholic in the service of his patients and the public at large.

Dr Saloojee was a visionary of his time. He played an instrumental role in the mid-1970s in discrediting apartheid dummy institutions with his People’s Candidates initially winning all the seats in an election for the Lenasia Management Committee, and then resigning en masse, proclaiming it to be a toothless body of the apartheid government and the Johannesburg City Council.

He was detained several times during the states of emergency in the late 1980s and banning orders restricted him to the magisterial district of Johannesburg. These intimidatory tactics of the apartheid government did not deter him from his political activism and leadership role in society.

Dr Saloojee had a remarkable ability to blend his civic, political, moral and spiritual activism. Even as he fought alongside leading figures in the national liberation movement, he never lost sight of mobilising and organising in his local community. He fought for social justice, religious tolerance and national liberation.

In 1993, he accompanied former president Nelson Mandela on an ANC delegation to Iran, France and Saudi Arabia and later attended several conferences of the Inter-Parliamentary Union during his parliamentary career.

Dr Saloojee was a recipient of a number of awards such as The Star Community Award, Lenasia newspaper The Indicator’s Newsmaker of the Year Award, the Lenasia Human Rights Achiever Award, the South African Medical and Dental Practitioners’ Award for Contribution to Medicine and Community Service, and the 75th Jubilee Medal, Faculty of Medicine, University of the Witwatersrand.

He is survived by his daughter and son, Yasmin and Mahmood, and their children. Hamba kahle Dr Saloojee. DM

Dr Ismail Vadi is a board member of the Ahmed Kathrada Foundation.