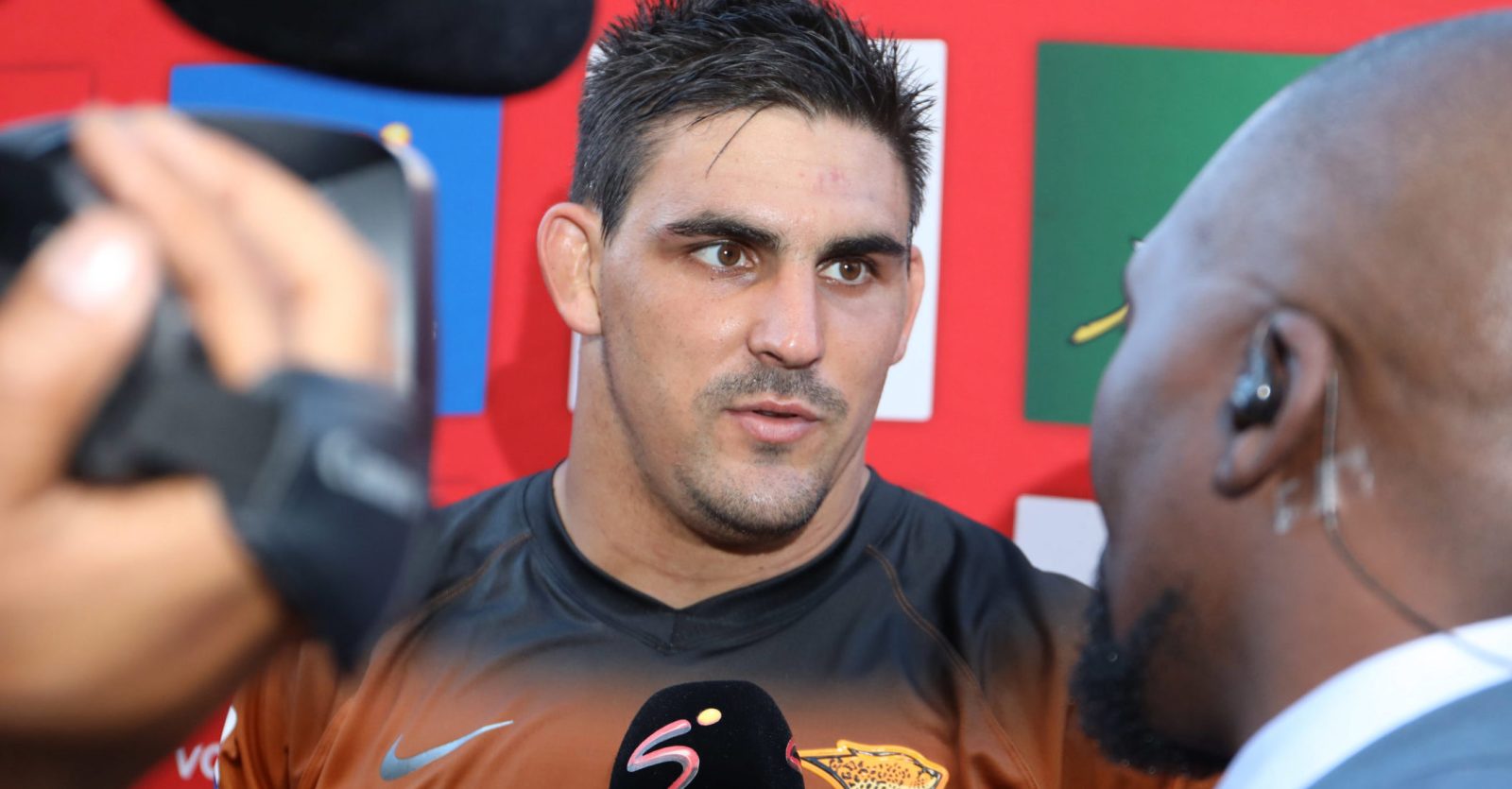 (FILE) - Argentine rugby union player Pablo Matera, then captain of the Jaguars after the 2019 Super Rugby match between the Sharks and the Jaguars at the GrowthPoint Kings Park, Durban, South Africa, 13 April 2019. According to the Argentine Rugby Union (UAR),Matera, now captain of the Pumas, and two team mates have been suspended after posting racist comments on social media. EPA-EFE/Muzi Ntombela

The Argentina Rugby Union has rescinded its sanction against captain Pablo Matera and two players who posted racial and xenophobic comments on social media, but they won’t feature in Saturday’s Tri-Nations clash with Australia.

Flanker Pablo Matera was stripped of the captaincy and, along with lock Guido Petti and hooker Santiago Socino, suspended on Tuesday for comments posted between 2011 and 2013 which disparaged black people and those from other South American nations.

The union said the players’ apologies, combined with their good behaviour in the years since the comments were posted, meant the suspension could be lifted.

“The preventive measures are unnecessary so we have resolved to lift the suspension of the three players and reinstate the captaincy to Pablo Matera,” it said.

“The disciplinary process continues and the commission will arrive at a final resolution in the next few days.”

None of the trio was named in the match-day squad for Saturday’s test against Australia at Western Sydney Stadium, but with centre Jeronimo de la Fuente replacing Matera as skipper.

Coach Mario Ledesma said that decision had been made in agreement with the union to shield the players after they were subjected to a “lot of hate” over a week he described as a “roller coaster ride of emotions”.

“All I can say about these three fine players and great men is that they are great human beings,” he told a news conference in Sydney.

The union said the players had shown themselves to be “people with firm values and worth being part of our team”. They had apologised and were helping the commission in its inquiry.

Reports in Argentina said the suspension reversal had been the result of protests by former and current players and clubs in the country.

The storm over the historic social media posts followed criticism of the team for not doing enough to mark the recent death of Argentinian soccer great Diego Maradona before last week’s loss to New Zealand.

Matera later apologised for the omission and the discovery of the posts completed a fall from grace for the flanker, who was lauded around the world last month for leading the Pumas to their first test win over the All Blacks.

Ledesma said the players had changed in the years since they made the social media posts, which the union described as “imprudent and immature”.

“I can say they are not the same people they were when they were 17-, 18-years-old,” Ledesma added. “They are great men, family men – Pablo has a kid now, he’s a great leader and a great example.

“Pablo won’t be playing this game but he’s still the captain.” DM