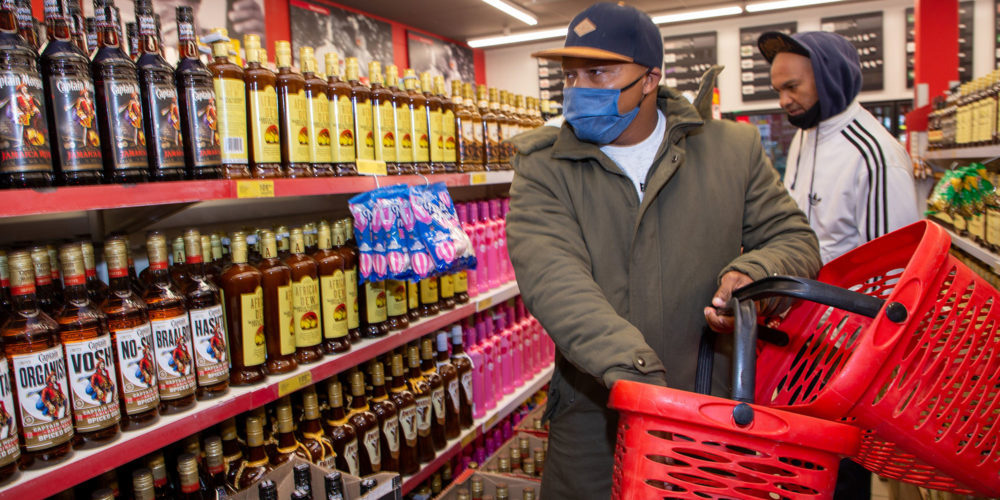 A 10pm curfew and a partial ban on alcohol sales over weekends are part of the submissions that haven been made to President Cyril Ramaphosa and the National Command Council. These measures aim to curb the spread of coronavirus infections in hotspots, and specifically in Nelson Mandela Bay that is currently the epicentre of a new outbreak of the virus.

A 10pm curfew and a partial ban on the sale of alcohol, that has been agreed to by some of the big liquor traders, were discussed as the National Command Council sat on Wednesday to respond to a resurgence in coronavirus infections in a number of hotspots in the country, including Nelson Mandela Bay and the Garden Route.

The Nelson Mandela Bay metro, that includes the city of Port Elizabeth and the towns of Uitenhage and Despatch, have been collectively identified as the epicentre of the current resurgence of Covid-19 in the country.

Towns on the Eastern Cape’s Sunshine Coast, including Port Alfred and Bushmans River, Graaff-Reinet, Aberdeen, Patensie, Jeffreys Bay and Makhanda have also been declared hotspots for outbreaks in the province.

The active executive mayor for Nelson Mandela Bay, Thsonono Buyeye said they had a meeting with President Cyril Ramaphosa on Wednesday morning and made their submissions. Buyeye said the cabinet must first approve any new regulations and that he was not at liberty to give any further details until it was announced by the Ramaphosa.

“We would love for decisions to be made quicker. It was explained to us why it is taking so long and we understand. A lot of things are taken into consideration … We might think that the situation would have changed for the better by now if decisions were taken earlier.

“Nelson Mandela Bay is still the epicentre in the country. The numbers continue to rise. The deaths are also on the increase.”

Buyeye said they have asked for an earlier curfew of 10pm to be enforced. The current curfew is midnight.

“The big liquor traders, who sell mostly in the townships, have agreed in a submission to close from Friday to Sunday and that the shebeens can only see takeaways but we are waiting for the President because we need regulations to enforce this.”

Dr Patrick Nodwele, who heads up the public health response in the municipality, said that they were disturbed to find that many shops were using sanitiser that had been diluted.

“These are disturbing reports of non-compliance,” Nodwele said. “People would think they are safe but they are sanitised maybe with water only.”

The chairperson of the metro’s disaster management forum Shane Brown said they will not be approving applications for any public events, unless they are virtual and will close all public venues.

“While social gatherings remain our major problem, we have not stopped enforcing the law in churches and funerals as those can be super spreaders too. Motherwell is still a major concern as 275 active cases were recorded there on Sunday. We are urging our residents to stop the spread of the virus, no one else is causing this problem but us. People are dying almost every day and it is in our hands, we could just this once sacrifice everything we are used to for the sake of saving people’s lives,” Brown said.

Minister of Local Government, Environmental Affairs and Development Planning, Anton Bredell, said on Tuesday that the Garden Route has taken the decision to disallow all planned events in the region.

His spokesperson James Brent-Styan said this will apply to public events that require a permit from the municipality. He said the ban will remain in place until further notice.

“The region is seeing increases in Covid-19 infections. In addition there is an expectation of large numbers of visitors over the next few weeks which further increases the risk of infection. This requires drastic action which we are not afraid to take.

“Our work comes down to enforcing disaster management protocols to help slow down the spread of the virus in the Western Cape. We are doing enforcement with the resources at our disposal and in partnership with national SAPS, municipal law enforcement, the departments of labour and health, to name a few.”

Bredell says provincial disaster management was generally happy with the levels of compliance found on Black Friday and the ensuing weekend.

“There were a few incidents where problems were found but these were speedily addressed. We hope that similar compliance will follow in the weeks ahead,” says Bredell.

George Municipality and Kannaland Municipality have closed all sports facilities and public venues. Municipal guidelines for camping sites and venues, where holidaymakers may descend on, are being formulated.

Several popular holiday towns including Port Alfred, Jeffreys Bay and Bushmans River were declared to be hotspots by the Sarah Baartman District Municipality earlier this week.

Following a meeting on Saturday, the alcohol industry in the Eastern Cape committed to train and deploy 80 community patrollers in eight police stations (10 patrollers per station) in the province’s Covid-19 hotspot areas. Working together with the SAPS and community policing forums, the patrollers will ensure compliance with the regulations in alcohol outlets in the catchment areas of the selected police stations.

“We have agreed with liquor authorities in all provinces, including the Eastern Cape that they would alert us of any decision to review a licence of an outlet,” said Mngadi. “Where such a decision is taken, as manufacturers, we will immediately stop servicing and supplying that outlet.”

Lucky Ntimane, the convener of the liquor traders formations urged compliance with measures to prevent the spread of the virus.

“It is simple and straightforward,” he said. “Ensure that people are wearing masks and that they sanitise when they enter your outlet. Outlet owners should ensure that there is good ventilation and limit the number of patrons to not more than 50% of outlet capacity to ensure social distancing,” he added. DM/MC