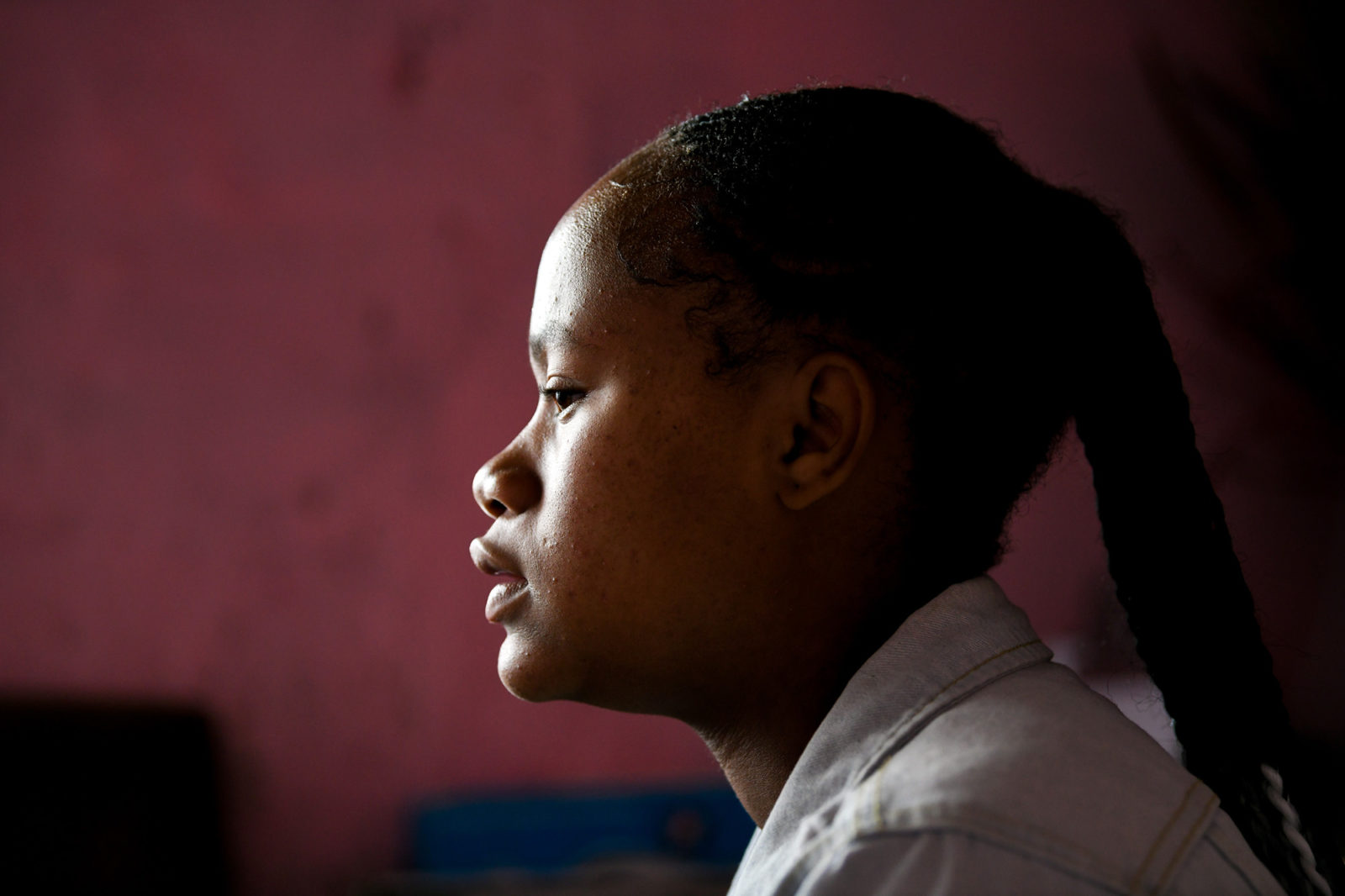 While most teenagers worry about schoolwork, the latest fashion trends and social media, 16-year-old Ntabiseng Molele is worried about the alarming rate of gender-based violence in Alexandra township – and trying to do something about it.

Violence has many forms and is a cycle that often starts in childhood, resulting in the lost innocence of many children who are witnesses or survivors of abuse.

Ntabiseng Molele, a Grade 10 learner, who because of her own experiences with gender-based violence (GBV) as well as witnessing it in her community, has started a campaign called #IAmNotAVictim.

She was born in Alexandra (Alex), Johannesburg, but grew up in Pretoria with her grandmother before returning to Alex in 2014 to live with her mother. Ntabiseng attends the neighbourhood high school where she says the teachers are overwhelmed by learners who get physically violent with them.

Ntabiseng says that in Alex, children are mostly left to their own devices and many start smoking and drinking. She points out that there are no recreational centres or places for children to spend their time at in order to be stimulated and keep out of trouble.

She says gender-based violence is common in Alex and local police are of little to no help when incidents are reported. Part of the reason that violence against women and children persists in Alex, says Ntabiseng, is because perpetrators know they will not be brought to justice and can act with impunity.

She remembers the incident of Jabulile Nkosi, an 18-year-old matric learner at her school who was found dead next to the Jukskei River in September. She says the brutality of the incident sent shockwaves through the community and spurred residents to march against the alarming and unchecked levels of GBV. Feeling despondent about the GBV in her community she started the #IAmNotAVictim campaign on 31 October.

She has had personal experience of the threat of sexual assault. The first time was when a neighbour who lived in the same yard as her tried to make her sleep with him. She immediately told her mother, who confronted the man and warned him to stay away from her daughter.

The second incident happened at school when a fellow learner would not take no for an answer to his advances. To defend herself, she hit him over the head with a chalkboard duster. Ntabiseng says when she thinks about the two incidents she gets very angry and starts crying. Because of these incidents, there was a month when she could not bring herself to go to school.

#IAmNotAVictim is meant to enable survivors of any kind of violence to share their experiences in a safe environment, but most importantly for them to know that they are not to blame for the violent incidents they endured. It is a facilitated conversation that is attended by a community social worker. Survivors are supported and encouraged to seek professional help to deal with their ordeals.

In addition to the group sharing, they engage in activities like soccer, dance, drama and other expressions of talent as a way of working through their trauma.

Ntabiseng says the 16 Days of Activism campaign is the right time to spotlight these issues, which is why she is organising a community march called the Walk of Confidence on 6 December for women and girls in the neighbourhood to reclaim their power and not feel like victims in their own community.

She hopes to take the #IAmNotAVictim campaign further by reaching out to other communities where violence is rife to exchange experiences and ideas on how to mitigate against GBV. DM/MC