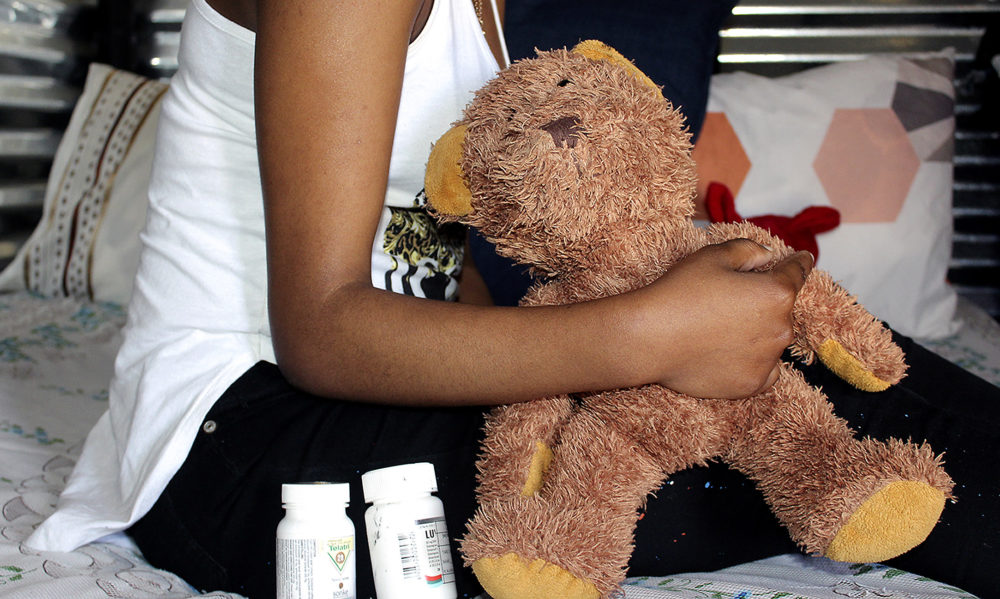 The HIV epidemic is far from over and we will not reach key UNAIDS targets and control HIV unless we end HIV-related stigma.

Compared with the Covid-19 epidemic, the HIV epidemic has had a long trajectory, playing out over four decades. During this time we have experienced a number of eras. The first was notable for devastating death and despair with mostly young and fit adults and their young offspring the main victims.

Subsequently, the discovery of antiretrovirals and more particularly combination antiviral therapy has led to the transformation of the modern era where HIV is now no longer a death sentence, but a chronic disease that requires lifelong therapy.

The most recent era has been characterised by the recognition that in order to realise Aids epidemic control globally, we will need to not only reduce substantially the number of individuals still able to transmit their infection because of uncontrolled HIV viral loads, but also increase the scale-up of primary prevention.

UNAIDS encourages us to reach all, and “leave no one behind” in our programmes. With the ambitious targets set by UNAIDS for both treatment and prevention, it is fortunate that the recent innovation in antiretroviral use as prevention has been revolutionary. In particular, the recent strides in pre-exposure prophylaxis (PrEP) gives rise to hope that some goals set by UNAIDS can be reached at least in some parts of the world.

The area in which we have not seen the same progress or innovation is in HIV-related stigma which seems to have evaded us since the earliest days of the epidemic. If anything, most recently we have seen an exacerbation of stigma and discrimination around the world as we have simultaneously witnessed a wholesale retreat on human rights. This was highlighted in the IAS (International Aids Society) annual letter in 2019.

The UNAIDS 2020 report highlights the high prevalence and levels of stigmatising and discriminatory attitudes towards people living with HIV in a population-based survey conducted in adults over five years. Examples include Tajikistan where 21% of people living with HIV were denied services because of their HIV status and many countries where people are still offered antiretrovirals contingent on also being on contraception.

In a publication in 2014, stigma was defined as negative attitudes and beliefs towards a group that works to constrain that group’s opportunities, resources and well-being. Stigma has been further categorised into:

Discrimination is a direct action resulting from stigma. Since the onset of the epidemic, stigma and discrimination have held the HIV response hostage. Many leaders, particularly political, but also religious and community leaders, have lacked the courage to tackle questions that an effective HIV response raises.

Over the years, we have seen criminalisation and discrimination of key populations; criminalisation of HIV non-disclosure exposure or transmission; the lack of implementation of harm reduction approaches, poor services for incarcerated populations, harmful gender norms, gender-based violence (GBV), homophobia and inadequate comprehensive sexual education, to name just a few.

When we think about these populations who are particularly highly burdened, but also ironically have the worst access to services, they are often also young. They include young people who use and inject drugs, people who sell sex, young men who have sex with men and other populations such as transgender people, incarcerated people, young refugees, migrants and detainees.

Why is it we see more infections in these populations?

Too often, aside from stigma and prejudice, there is poor information, inadequate services, criminalisation, poor social protection, violence and incarceration. The UNAIDS data reminds us again that while HIV incidence among MSM (men having sex with men) in a number of different parts of the world may be similar, the rate of recent testing was very much dependent on whether a particular country criminalised same-sex sex.

Similarly, we know that harm reduction practices are poorly implemented across the world, leading to unnecessary infection where drug use is the main cause of HIV.

Eastern and southern Africa see most of their infections in young women and adolescent girls (YWAG). Here, we must consider YWAG a key population because services are inadequate; there are low levels of school completion, inadequate information, high levels of GBV, poor access to services and poor social protection alongside stigma and prejudice.

Because of these bad policies that reflect ideology, prejudice and bias rather than science or evidence, those most vulnerable to HIV are deterred from accessing the services they need the most.

The fact is that the 2020 targets set by UNAIDS have been missed in many parts of the world. In 2015, a bold plan was undertaken in which if we could access 90% of the world for testing, ensure that 90% of those who are positive got on to effective treatment and 90% of those were virally suppressed, we could expect a consequent reduction in new HIV infections.

Hand in glove with that, of course, was the recognition that this cannot be achieved unless we also do something about stigma and discrimination. The goal for 2020 was zero discrimination, but we have fallen far short of that goal as well.

What has been the impact of not meeting that goal on the 90-90-90 targets?

Well, we know that while we made some progress in some regions and some populations, progress is wide of the mark and 62% of new infections occurred in key populations where people struggled to access sexual and reproductive health services — many were criminalised and many face a great deal of stigma.

Stigma and discrimination play a role in every single aspect of treatment and prevention pathways all the way from health-seeking behaviours through to actual retention in care and viral suppression or effective HIV prevention.

Stigma and the first 90-target: Testing

We know stigma can drive low uptake rates of testing. There are several interventions that can address that and chief among them is knowledge. So, by increasing knowledge and awareness not only to users, but also providers, we can trigger changes to stigmatising attitudes. Knowledge and attitude changes can trigger changes in behaviour with increased HIV testing uptake.

Stigma and the second 90-target: Treatment/adherence

We know stigma can compromise adherence to HIV treatment and all levels of stigma, public, structural and self-stigma need to be tackled in order to enhance adherence to lifelong antiretroviral therapy.

Staying in care and on ARVs are key to both individual and population well-being. In this regard, healthcare facilities, stigma and discrimination can play a very significant role.

Discriminatory practices in healthcare facilities can be remedied leading to stigma reduction and a much healthier environment for individuals to access and stay in care. This may include increasing information, sensitising healthcare workers, bringing in peer-led programmes, enabling coping mechanisms and bringing about structural change in how care is administered.

Viral suppression can also be a destigmatising concept. We know that once an individual attains viral suppression, they can rest assured that as long as they remain adherent to their antiretrovirals, they are no longer infectious to their unborn children and their intimate partners. This has the power to destigmatise. Thus, although stigma can affect the third 90, the third 90 can cycle back to reduce stigma.

We can learn from other health domains, such as substance abuse and mental illness, when it comes to HIV.

For adolescents, it is very important to start at a very fundamental level with school-based programmes and using effective social media, thereby increasing knowledge and understanding to reduce stigma. Education is at the heart of this – countering misinformation and inaccurate stereotypes with factual evidence can be really important.

Advocacy and advancing civil rights by formally rejecting discrimination are also important, and this speaks to grassroots movements.

The Aids epidemic is far from over. We will not reach the UNAIDS targets and control HIV unless we end HIV-related stigma. There are many parts of the world where stigma continues unabated and in those places, the epidemic is clearly far from over. DM/MC

Professor Linda-Gail Bekker is director of the Desmond Tutu HIV Centre. This is an edited version of a presentation she gave during the Stigma and Discrimination Forum 2020.

This article first appeared in Spotlight – health journalism in the public interest. Sign up for our newsletter.