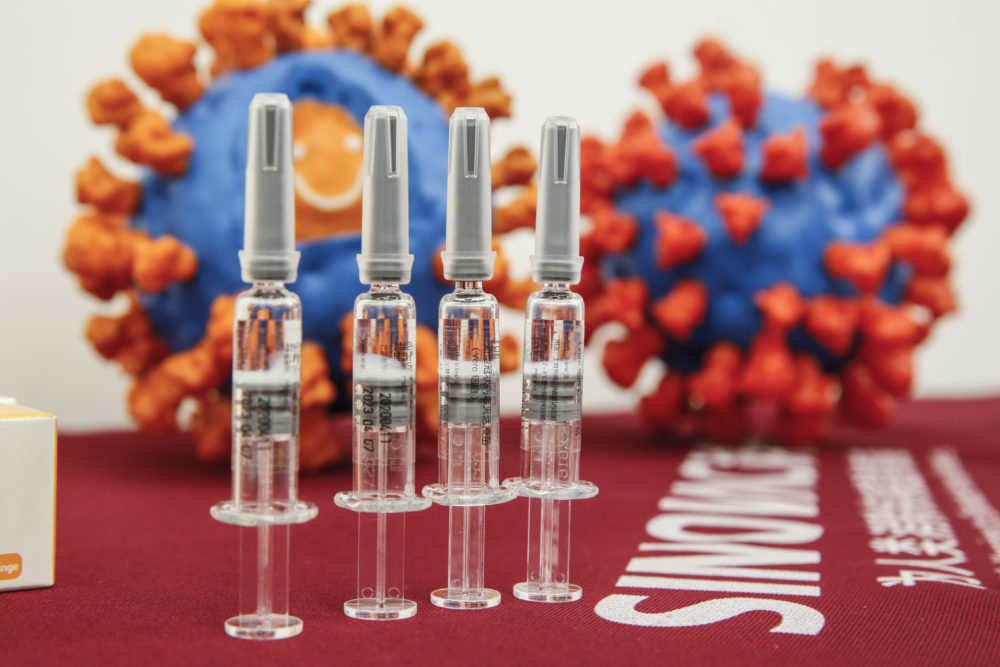 The Health Justice Initiative is awaiting a response from the government to a letter that requests details of the state’s plan to make sure all people who need the Covid-19 vaccine will have access to it.

The Health Justice Initiative (HJI) has written to the Minister of Cooperative Governance and Traditional Affairs, Dr Nkosazana Dlamini Zuma, Minister of Health Dr Zweli Mkhize and the head of the National Disaster Management Centre (NDMC), Dr Mmaphaka Tau, asking for the “development of a plan to ensure affordable access to and equitable allocation of Covid-19 vaccines”.

The organisation is a dedicated public health and law initiative addressing the intersection between racial and gender inequality with a special focus on access to life-saving diagnostics, treatment and vaccines.

In its letter, the HJI raises concerns on whether the NDMC has a plan in place regarding equitable distribution of a vaccine once one is finalised. It says, according to Section 19(a) of the Disaster Management Act:

“The National Centre is accordingly the body mandated by statute to ensure  South Africa has a coordinated and effective strategy to respond to a disaster. The affordable, equitable and transparent access to vaccines within the context of Covid-19 falls squarely within this mandate. Accordingly, the National Centre and all relevant institutional role-players responsible for managing this disaster are responsible for the development of disaster management plans and  strategies for the affordability and allocation of vaccines.”

The HJI cites concerns about a potential vaccine’s distribution to vulnerable developing countries such as South Africa. While South African President Cyril Ramaphosa is one of 140 global leaders calling for all Covid-19 diagnostics, treatments, and vaccines to be treated as “public goods” and called for a “people’s vaccine” that is free of charge, there are concerns about whether this will in fact happen.

Head of the HJI, Fatima Hassan said it was imperative that global leaders re-assert their authority and not let large profit-driven pharmaceutical companies dictate who would have access to the vaccine.

The organisation is asking key questions, including:

The HJI said that should the plans come into effect it would like access to copies of the plans in the interest of public accountability and transparency.

Hassan said that the government had not yet responded to the letter, in which the HJI asked for a response by close of business on Monday 30 November. She said while the HJI understood that the government was probably inundated with requests for information, given that this was a matter of great public importance, the initiative would have at least hoped for an acknowledgement of receipt.

Hassan said that it was important for the public to know whether South Africa would be able to afford the vaccines and, if so, how many doses the country would have access to. Hassan stressed that the public needed to be informed of how doses would be distributed as well as how the entire country would be vaccinated when functioning on a “two-tier system” of private and public health.

Hassan said that government needed to ensure that a repeat of the initial private sector ARV debacle, in which ARVs were made inaccessible to the poor, did not similarly repeat itself with the distribution of a Covid-19 vaccine.

She said South Africa would have to deal with equity upfront and not only determine an equity allocation framework when the vaccine arrived. “We have to determine it now, get public input into it and all the stakeholders have to have confidence in the plan so that we ensure that as many people as possible get vaccinated and that communities buy into the idea of being vaccinated as well,” said Hassan.

Hassan explained that South Africa’s participation in vaccine trials did not guarantee that it would have automatic access to a vaccine, even though public money and institutional resources were being used for the vaccine testing process. She said it was critical to note that the government had a constitutional obligation to ensure access to healthcare for all.

“In a pandemic of this nature, where we have seen a very good public health response, one would expect that there would be an equal commitment to sharing information on the one intervention that could possibly take us out of this pandemic — not just for South Africa but for the whole of Africa.” DM/MC