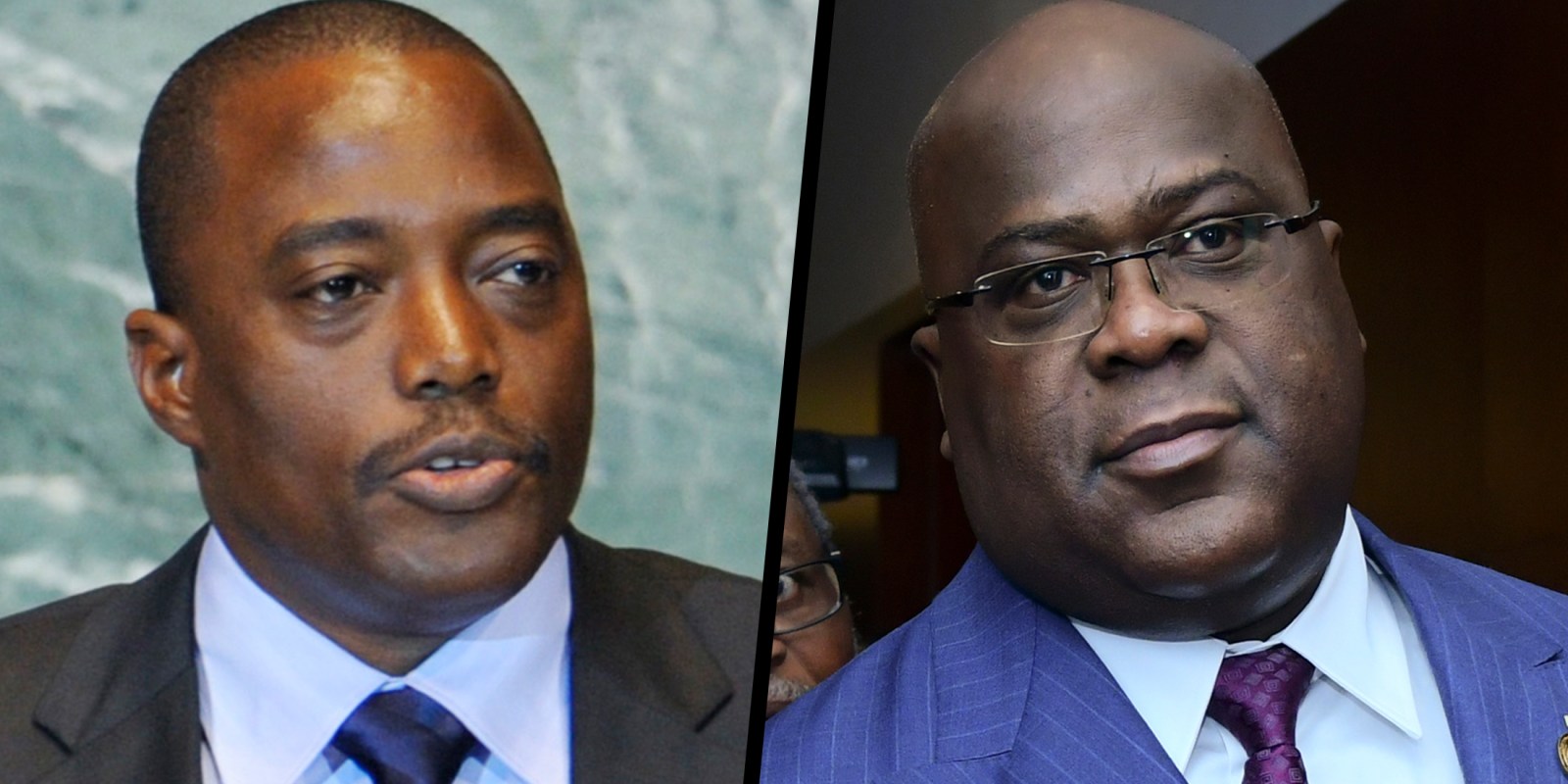 President Félix Tshisekedi is struggling to escape the shackles of a deal gone bad with the DRC’s former president.

On 26 November, President Félix Tshisekedi concluded a three-week presidential consultation with political, economic, trade union, corporate and religious stakeholders. His goal was to create a “sacred union” to stabilise governance in the Democratic Republic of Congo (DRC).

Tshisekedi is also seeking allies to help free himself from the grip of former president Joseph Kabila and his Front Commun pour le Congo (FCC) coalition. The grouping controls the National Assembly and most of the country’s provincial governorships.

The consultations follow several months of political turbulence in the Tshisekedi-Kabila alliance. The alliance is made up of two groupings: on the one hand, the Cap pour le Changement (CACH) composed of Tshisekedi’s Union pour la Démocratie et le Progrès Social (UDPS) and Vital Kamerhe’s Union pour la Nation Congolaise (UNC). On the other, the FCC under the “moral authority” of Kabila and his Parti du Peuple pour la Reconstruction et la Démocratie.

Kabila has also had discussions within the FCC, leading to a resolution to counter Tshisekedi’s plans. Both sides have embarked on a diplomatic campaign to garner regional, continental and international support for their respective camps.

Tshisekedi took office in January 2019 following widely disputed elections. Observers from the Catholic Conférence Épiscopale Nationale du Congo found that Martin Fayulu won the election. Tshisekedi and Kabila are believed to have signed a secret deal in January 2019 for a coalition government which has established a DRC with two centres of power led by each of them.

The arrangement essentially allows Kabila to retain power by ensuring his inclusion in key governance decisions through direct consultations with Tshisekedi. The FCC also chooses the prime minister, key ministers and the National Assembly. The FCC and Kabila are criticising Tshisekedi for going back on this agreement and for allegedly violating the DRC’s Constitution in the way he appointed constitutional and appeal court judges.

The deal was apparently made after the presidential election and eight days before the Congolese electoral commission announced the results. It granted total immunity to Kabila and his closest allies, and established a Tshisekedi-Kabila co-management of the DRC, particularly on the appointment of ministers and senior public servants. The parties also agreed that Tshisekedi’s UDPS would back an FCC presidential candidate in 2023.

The Tshisekedi-Kabila arrangement suggests that Tshisekedi wasn’t the legal and legitimate winner of the polls. Had he been, he wouldn’t have been obliged to sign any deal with Kabila and the FCC. And if, as some keen observers of DRC politics who asked to remain anonymous noted, the secret deal was made in return for Tshisekedi’s presidential “victory”, this violated the election results.

Tensions between the FCC and CACH were exacerbated by Tshisekedi making important appointments in the army and courts without the endorsement of his FCC allies. He also failed to consult the FCC-chosen Prime Minister Sylvestre Ilunga Ilunkamba. The final straw for Kabila and the FCC was Tshisekedi’s selection of three Constitutional Court judges, two of whom the FCC rejected.

This followed disagreements within the CACH-FCC coalition over the disputed appointment of Ronsard Malonda as head of the Independent National Electoral Commission. Malonda, believed to be close to the FCC, was confirmed by the National Assembly, but his appointment has not been approved by Tshisekedi.

The FCC sees in Tshisekedi’s manoeuvres an assertive desire to consolidate his power, extricate himself from the secret deal and prepare for his 2023 presidential election candidacy.

Faced with an FCC unwilling to budge, Tshisekedi is trying to reverse the balance of power in the National Assembly by creating new alliances and poaching members from other parliamentary groups including the FCC. This won’t be easy, as the FCC holds a large majority. New allies could support Tshisekedi if he decided to dissolve the National Assembly and organise early legislative elections.

To this end, the support of Lamuka, the alliance comprising key opposition leaders such as Moïse Katumbi, Jean Pierre Bemba and Martin Fayulu, will be crucial for Tshisekedi. Fayulu has, however, continued claiming his victory in the December 2018 presidential elections and didn’t attend Tshisekedi’s consultations. Both Katumbi and Bemba met with Tshisekedi, although it’s unclear whether they will back him.

Differences between CACH and FCC government ministers and between the prime minister and Tshisekedi have undermined the functioning of state institutions. The situation is untenable and unlikely to last until 2023. If Tshisekedi can’t gain support in Parliament, he could opt to dissolve the National Assembly. He would be looking to his “sacred union” to give him a parliamentary majority after early legislative elections, allowing him to govern unimpeded.

But the viability of the CACH (UDPS-UNC) alliance is in question, making Tshisekedi’s task harder. The Tshisekedi-Kabila secret deal would challenge the Nairobi agreement signed in November 2018 between Tshisekedi and his former ally, Kamerhe. This agreement saw Kamerhe withdrawing from the presidential race to support Tshisekedi. Tshisekedi was meant to appoint Kamerhe as prime minister and then back a UNC candidate for the 2023 presidential election.

Kamerhe, who became Tshisekedi’s powerful chief of staff in the presidency, was arrested and sentenced to 20 years in prison in June 2020 for embezzling public funds. For many observers, this bodes well for Tshisekedi (and even Kabila) as a potential adversary in the 2023 presidential race has been removed.

As Tshisekedi moves to consolidate his power, he is also preparing to become the rotating African Union (AU) chair in February 2021. To make a meaningful contribution in that demanding role, he’ll need to resolve at least some of these domestic conflicts. But whether Tshisekedi is in any position to defend the AU’s values,​ given the controversy surrounding his ascension to the DRC’s presidency, is the real question. DM

Mohamed M Diatta is a researcher at the Institute for Security Studies, Addis Ababa.