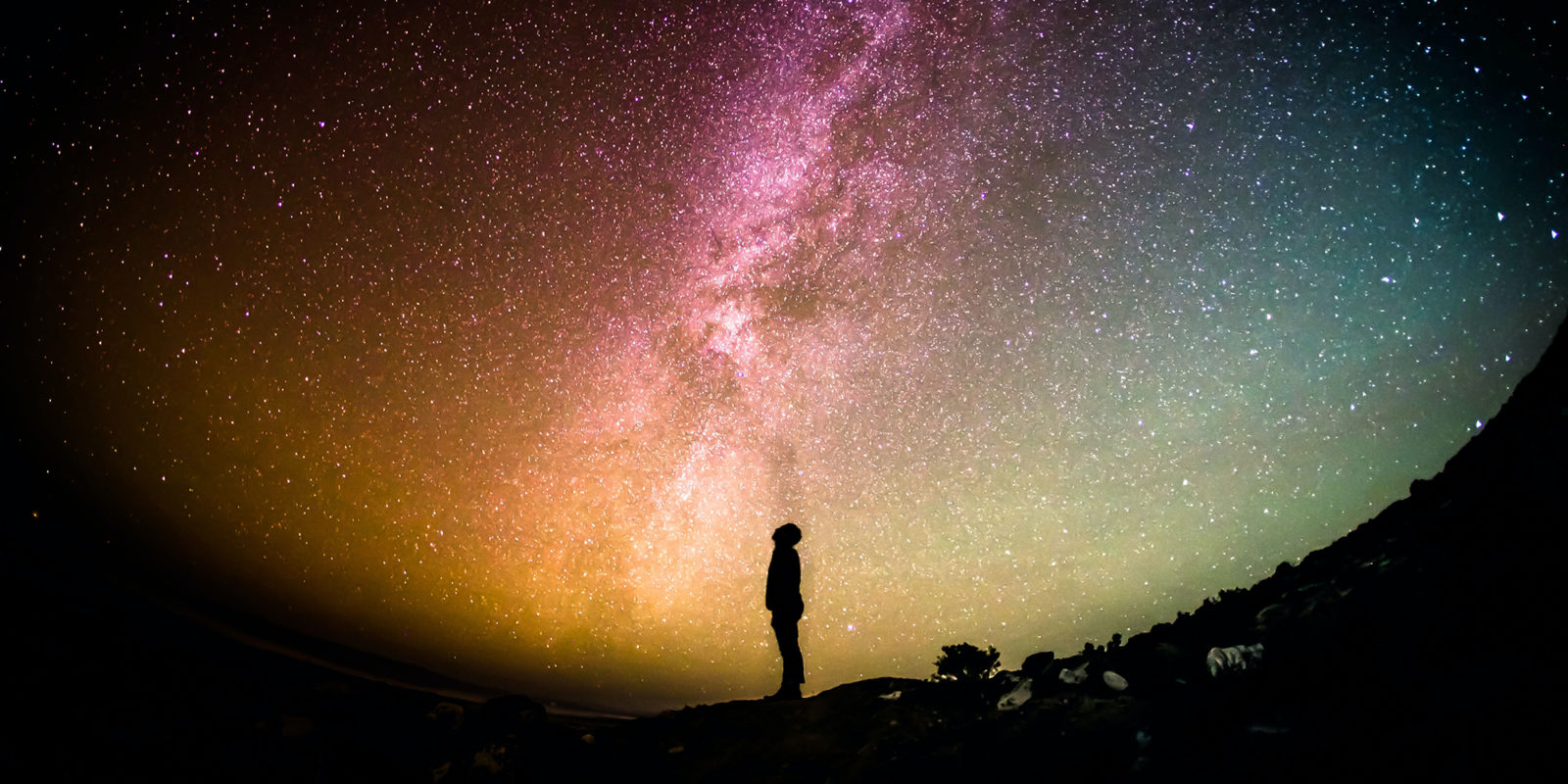 The time is now to turn around the destructive course of production and consumerism and engage in sustainable development, with interdependence of humankind and other forms of Creation, urges SAFCEI. (Photo: Unsplash / Greg Rakozy)

A central tenet of all faiths is for all life to be safeguarded, therefore people of faith must heed calls from climate change scientists, act as guardians of our planet’s ecosystems and push for clean, affordable energy and green food production.

“As Africans, we live together on a vast and beautiful continent where the human story began. All of us are linked to the first human who walked upright, dreamed, thought and co-existed with plants, animals, rivers, oceans and forests. Today this common humanity and its future is in serious danger. South Africa cannot ignore this challenge,” the Climate Justice Charter declares in its introduction.

A central tenet of all faiths is for all life to be safeguarded, and for humans to strive for balance and harmony with the natural world. In scientific terms, this means that biodiversity and our ecosystems must be allowed to thrive with minimal interference, and that every effort is needed to avert the climate crisis.

The Climate Justice Charter calls all who care about human and non-human life “to act together in advancing a pluri-vision – of people’s dreams, alternatives and desires for a deep just transition”. The missiologist and theologian, David Bosch, in his book entitled Church and Missions, defined the “mission of God” as the healing of a broken relationship between God and the entire creation.

The desire for a “deep, just transition” is also reflected in many sacred texts, from the descriptions of redemption to the reconciliation with God. The Christian tradition explains that the fall of humankind and exclusion from the Garden of Eden negatively impacts all creation.

It is easy to transpose this allegory to the climate crisis. Science has shown, through decades of evidence, that human activities are the cornerstone of climate change and its associated disastrous impact on all creation. It is the actions of humans, which bring about excessive greenhouse gas emissions, that have contributed to the disastrous impact of global warming on Earth’s community.

The Southern African Faith Communities’ Environment Institute (SAFCEI) was established when faith leaders from across South Africa gathered to discuss a multi-faith response to the destruction wrought by humanity’s disconnect from nature. They resolved to create a means by which to exhort people of faith to play their part in restoring our relationship – a deep, just, sacred transition – with the Earth community.

Sacred texts go into a lot of detail about how human beings have been instrumental in bringing about the suffering of all other living things. Across the faiths, texts warn us that human beings are, and will be, solely responsible for the destruction of creation. It is written in the Christian Bible, 2 Chronicles 7: 14: “If my people, who are called by my name, will humble themselves and pray and seek my face, and turn from their wicked ways, then I will hear from heaven, and I will forgive their sin, and will heal their land.”

As people of faith, we interpret this in our modern context to mean that human beings need to change their behaviour – dramatically and immediately.

The first goal of the Climate Justice Charter is to “Advance an awareness that we thrive and co-exist on one planet. Earth is a common home for all species. Thus, we seek to affirm our role and responsibilities as guardians of our planet’s ecosystems and the delicate web of life it supports.” This guardianship goal is a hallmark of SAFCEI’s work, as we build awareness in communities, and campaign and engage in litigation.

Industrial food production, with high chemical input in the form of herbicides, fertilisers and pesticides, leaves the ecosystem broken and is a threat to human health. Small-scale farmers need to be supported in returning to green production, with sufficient and nutritious food.

We have struggled against corrupt nuclear deals, the desecration of the beautiful, arid Karoo through fracking, and the inhumane treatment of farmed animals, including caged hens.

SAFCEI believes that people who become fully aware of the impact of decisions and actions that serve only to make a quick profit for a few, while destroying the environment, are motivated to challenge decision-makers.

“Promoting eco-theology is one way of challenging the dominion theology that, as [Todd] LeVasseur and [Bernard] Zaleha state, is so pervasive amongst conservative and evangelical Christians in the United States [and around some Christian communities elsewhere]. The dangerous theology of dominion has been used by President [Donald] Trump and some Christian fundamentalist groups to endorse the exploitation of the natural world and unsustainable policies and practices,” SAFCEI authors Kate Davies and Ngonidzashe Edward wrote in a piece on climate activism.

Contrary to the teachings of a fundamental religious and political ideology, human beings are stewards of creation and occupy the role of custodianship, and therefore need to take a stand in dispelling the notion of destructive domination.

The Climate Justice Charter proposes a people-driven climate justice state, which must ensure progressive regulations that will curtail the destructive logic of capital, place limits on corporations, and importantly, place a ban on any future fossil fuel extraction.

The instruction not to waste or be extravagant is clear in Allah’s proclamation: “O children of Adam! Eat and drink but waste not by extravagance, for Allah loves not the wasters.” (Surah Al-A’raf, ch. 7 vs 31). The Bible echoes the same in Proverbs 21:20: “There is precious treasure and [olive] oil in the dwelling of the wise, but a foolish man swallows it up.”

The Earth and its thriving ecosystem is a treasure that we are short-sightedly swallowing up, due to our destructive ways of production and consumerism. As the charter calls out to us for a deep just transition, our faiths proclaim just co-existence of humankind with Earth’s Creation.

Another of the goals of the Climate Justice Charter is to “reconnect with an Earth-centred conception of what it means to be human. Nature is endless, and we are just one small part of it. We have to appreciate that every element of an ecosystem has an intrinsic value and must be respected.”

Across Africa, the slogan “We have faith, act now for climate justice” was taken up as a campaign in the build-up to the United Nations Climate Change Conference in Durban in 2011. In addition to campaigning and advocating for a prophetic voice for climate justice, there is much that a faith community may do in practical terms to address its “eco-footprint” on the Earth, including conducting energy, water and waste audits and becoming an eco-congregation.

The call for clean, affordable energy is loud and clear in the charter and by civil society. We are calling on the government to provide everyone with basic access. For this to work we need clean energy that is owned by communities and involves beneficiaries in planning and maintaining the energy sources. Clean energy in the transport sector would allow for affordable mass transport systems, replacing the current carbon-dominated transport system.

And yet the South African government is continuing to push for more nuclear energy, despite a 2017 High Court ruling that declared the nuclear deal to be unconstitutional and illegal. We are once again finding decisions being made on our behalf, in favour of the construction of costly and unnecessary nuclear energy reactors. Scant information has been shared about procurement plans, the high price of proposed nuclear reactors, a solution for nuclear waste disposal, and the destructive mining for uranium.

There are affordable, quick-to-install and easy-to-access renewable energy solutions which are being pushed aside by the government’s obsession with a form of energy which is fast becoming obsolete.

On food production, we are resolutely rooted in the push for agro-ecology and oppose high chemical input and genetically modified seeds and industrial monocropping that threaten the food security of communities – as noted during the Covid-19 lockdown.

Industrial food production, with high chemical input in the form of herbicides, fertilisers and pesticides, leaves the ecosystem broken and is a threat to human health. Small-scale farmers need to be supported in returning to green production, with sufficient and nutritious food.

SAFCEI urges the duty bearers to listen to the science of climate change and act accordingly. There is no second chance, so the imperative is to act collectively now. Those entrusted with the power to make decisions on behalf of us all must act responsibly. The time is now to turn around the destructive course of production and consumerism and engage in sustainable development, with interdependence of humankind and other forms of Creation. DM/MC