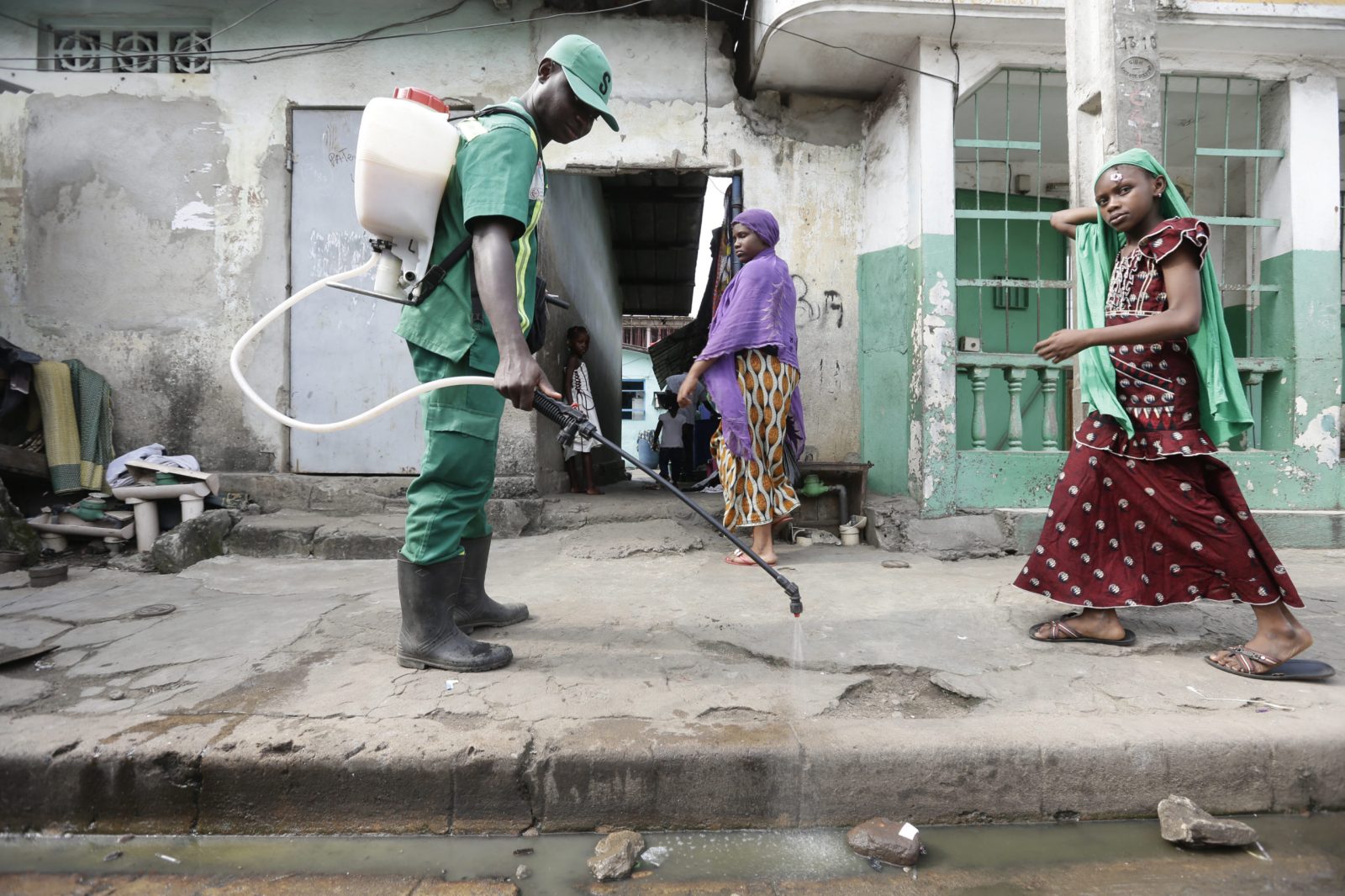 epa06098826 An employee of the Institute of Public Hygiene sprays insecticide against mosquito larvae in Treichville, a dense populated district in the south of Abidjan, Ivory Coast, 20 July 2017. Employees of the institute during the operation to prevent Malaria also inform residents how to detect and deal with the mosquito-borne infectious disease. EPA/LEGNAN KOULA

LONDON, Nov 30 (Reuters) - Deaths from malaria due to disruptions during the coronavirus pandemic to services designed to tackle the mosquito-borne disease will far exceed those killed by COVID-19 in sub-Saharan Africa, the World Health Organization warned on Monday.

More than 409,000 people globally – most of them babies in the poorest parts of Africa – were killed by malaria last year, the WHO said in its latest global malaria report, and COVID-19 will almost certainly make that toll higher in 2020.

“Our estimates are that depending on the level of service disruption (due to COVID-19) … there could be an excess of malaria deaths of somewhere between 20,000 and 100,000 in sub-Saharan Africa, most of them in young children,” Pedro Alsonso, director of the WHO’s malaria programme, told reporters.

The WHO report found there were 229 million malaria cases globally in 2019, and said that despite the unprecedented challenges of the COVID-19 pandemic, many countries around the world had fought hard and held the line against the disease.

But “long-term success in reaching a malaria-free world within a generation is far from assured”, it said. Some of the African countries worst affected by malaria have struggled to make significant progress since 2016.

Due to ongoing transmission of malaria via mosquitoes in many parts of the world, half the global population is at risk of contracting the disease – and it still kills a child every two minutes. Despite this, the focus of global funding and attention has been diverted, making preventable child deaths more likely.

Peter Sands, executive director of the Global Fund to fight AIDS, tuberculosis and malaria, said the WHO report’s findings were “extremely timely”.

“The global health world, the media, and politics, are all transfixed by COVID,…and yet we pay very little attention to a disease that is still killing over 400,000 people every year, mainly children,” he told reporters at the briefing.

“And to remind you, this is a disease we do know how to get rid of – so it is a choice that we don’t.” (Reporting by Kate Kelland; editing by Emelia Sithole-Matarise)