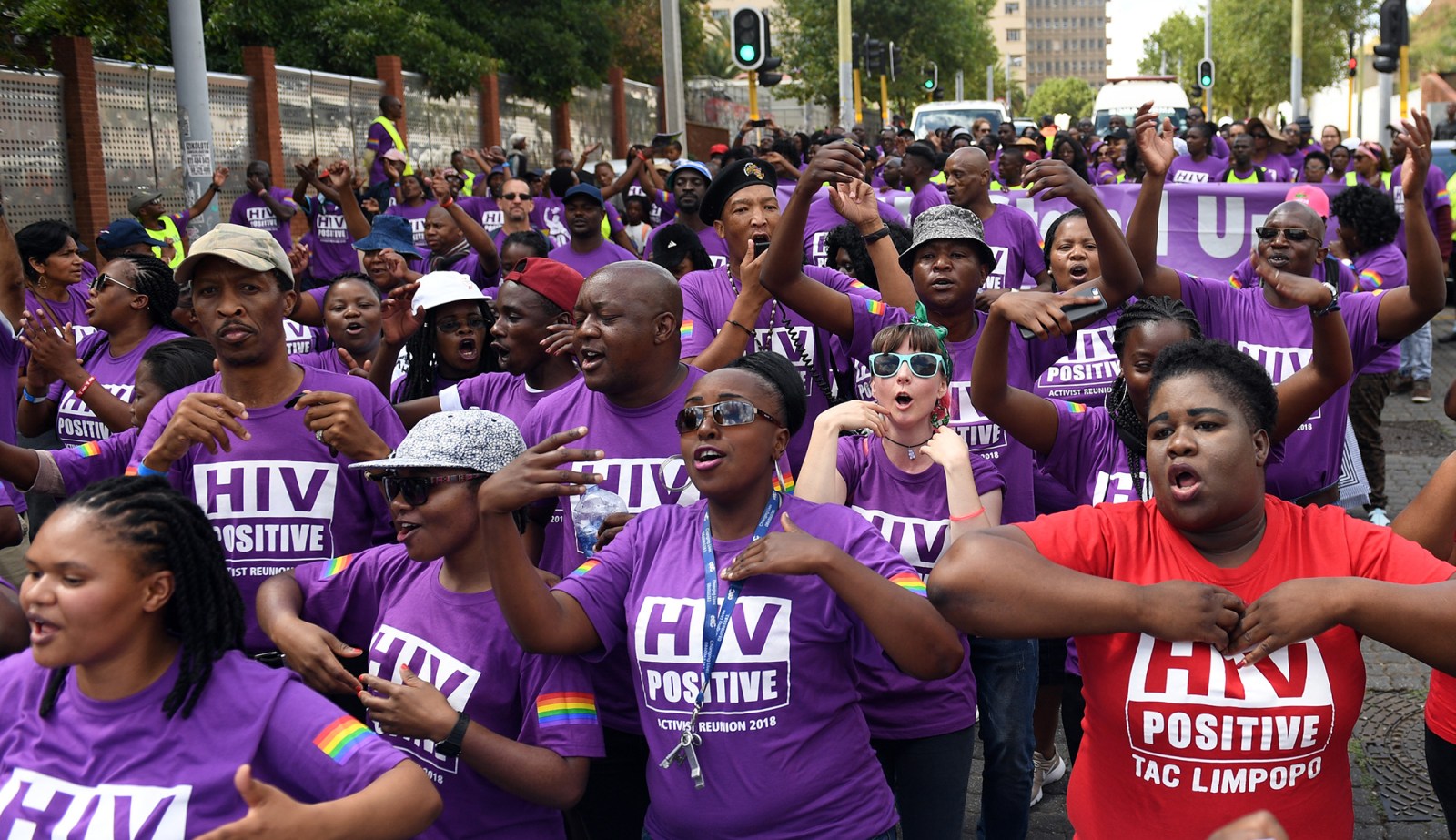 Topping the list of the greatest wins for the sector post 1994 is the Treatment Action Campaign’s successful lobbying to force the government to introduce free ARVs in the public sector.(Photo: Gallo Images / Netwerk24 / Felix Dlangamandla)

As the annual 16 Days of Activism sees politicians sound off meaninglessly about gender-based violence, a new study considers a timely question: How successful has the social justice sector in South Africa been since apartheid?

Isobel Frye, Mondli Hlatshwayo and Yasmin Jessie Turton acknowledge in their report that theirs was “an imperfect process” complicated by the Covid-19 lockdown. Imperfect, but certainly necessary: unlikely as it may seem, this is the first review of its kind ever undertaken of the South African social justice sector.

Even if the sector is defined only in terms of numbers of formal social justice organisations, it is very broad indeed. Department of Social Development figures from 2016 record just above 153,000 registered not-for-profit organisations in South Africa, and at least a further 50,000 unregistered NPOs.

What has all this activity amounted to? Perhaps unhelpfully, the researchers give no quantifiable account of the work undertaken by welfare service organisations, which are increasingly burdened with plugging the holes in government services while having their state funding slashed.

The report focuses instead on major advocacy victories. It states:

“While it is not possible to conclude exactly where South Africa would have been at this point without an active social justice sector, there is a broad recognition of [the] crucial role the social justice sector has played in holding political parties, the different arms of the state, and – to a lesser extent – corporate entities, accountable.”

Topping the list of the greatest wins for the sector post 1994 is the Treatment Action Campaign’s successful lobbying to force the government to introduce free ARVs in the public sector. (The success of HIV advocacy in general, led by the TAC, can be seen in the fact that the first global HIV policy report, released on Monday, found that South Africa is leading countries internationally in HIV policies.)

But other successes cited in the report are arguably more ambiguous. The report lists the #TotalShutdown movement, for instance, citing the fact that it mobilised an estimated 100,000 women to take to the streets across South Africa on 1 August 2018 to protest against gender-based violence. What resulted was the first national strategic plan on GBV – but, as always, what remains to be seen is how this plan is funded and implemented.

The same applies to the number of impressive public interest litigation victories by the sector, in particular by organisations such as Basic Education and Section 27.

Other campaigns listed as successful, such as #FeesMustFall, are noteworthy because they did not arise from the formal social justice sector per se. The researchers note that such movements tend “to be less aligned to principles and more with identity and performative politics”; they are “leaderless, and ultra-horizontal in terms of structure, but seldom have staying power”.

A mass mobilisation campaign which made the list of successes was the #ZumaMustGo campaign, but the question of whether this truly counts as a social justice movement was one raised in a webinar to discuss the report last week.

Looking at the years from 1994 to 2020, the researchers note that the transition to democracy posed some unique challenges to civil society. For obvious reasons, the sector focused on policy and law formulation during the early years of the transition – but one lingering effect has been a perhaps over-heavy ongoing reliance on those strategies.

The social justice sector also experienced a hollowing-out in terms of expertise in the mid-1990s, because many activists from the struggle against apartheid were co-opted into government and the private sector.

This contributed to another challenge the sector faced: “a reluctance to challenge the state, as this was considered uncomradely”, write the report authors. Activism around workers’ struggles has been complicated by the trade unions’ alliance with the ruling party.

An increasing issue has been the “growing corporatisation” of NGOs, which has seen smaller community-based structures pushed out by donors wanting audits and strict accounting processes.

“Of all the themes explored, the issue of funding, and the uncertainty of future funding, featured most prominently in interviews,” the report states.

Donor funding plays a decisive role in the kind of activism that takes place in South Africa, and where it happens. Because donors want maximum reach for their money, for instance, more than 80% of activism takes place in urban areas, leaving rural sites under-resourced. Because donors want maximum bang for their buck, funding litigation is especially popular as it produces fairly speedy empirical results.

There are also ideological aspects attached to donor funding, the report notes. Donors will often not fund any illegal protest activities – which means that particularly radical activism around land, like land invasions, is out of the question.

In general, the bigger the NGO, the more money it can often attract – at the expense of smaller grassroots organisations which arguably do some of the most impactful work.

The authors also point out that NGOs which get funding from the state are generally expected to work to reduce poverty and not to challenge state failures.

One intriguing aspect of the survey is that interviews with social justice players found that the most common form of activism in South Africa, service delivery protests, are “generally not perceived to be a legitimate part of social justice struggles”. It was also suggested to the authors that a weakness of South African social justice organisations “has been their failure to instil in communities methods of struggle that are not counterproductive, such as the burning of public schools, and violence in general”.

Competition has often characterised the relationship between NGOs – unsurprisingly given the scarce resources available – which has meant that instances of organisations speaking with a collective voice to the government have been rare. But such coalitions are essential, the report suggests, particularly around issues such as the Universal Basic Income Grant – which the effects of the Covid-19 lockdown have brought into the spotlight once again.

When the report was commissioned, it was envisioned that a National Social Justice Assembly would be convened upon publication to discuss it. Covid-19 has for now rendered that impossible, but it is hoped that such an assembly can go ahead in 2021. Judging by the report, there will be much to discuss. DM