Diturupa festival: Visual narratives pay tribute to the role of black soldiers in World War One 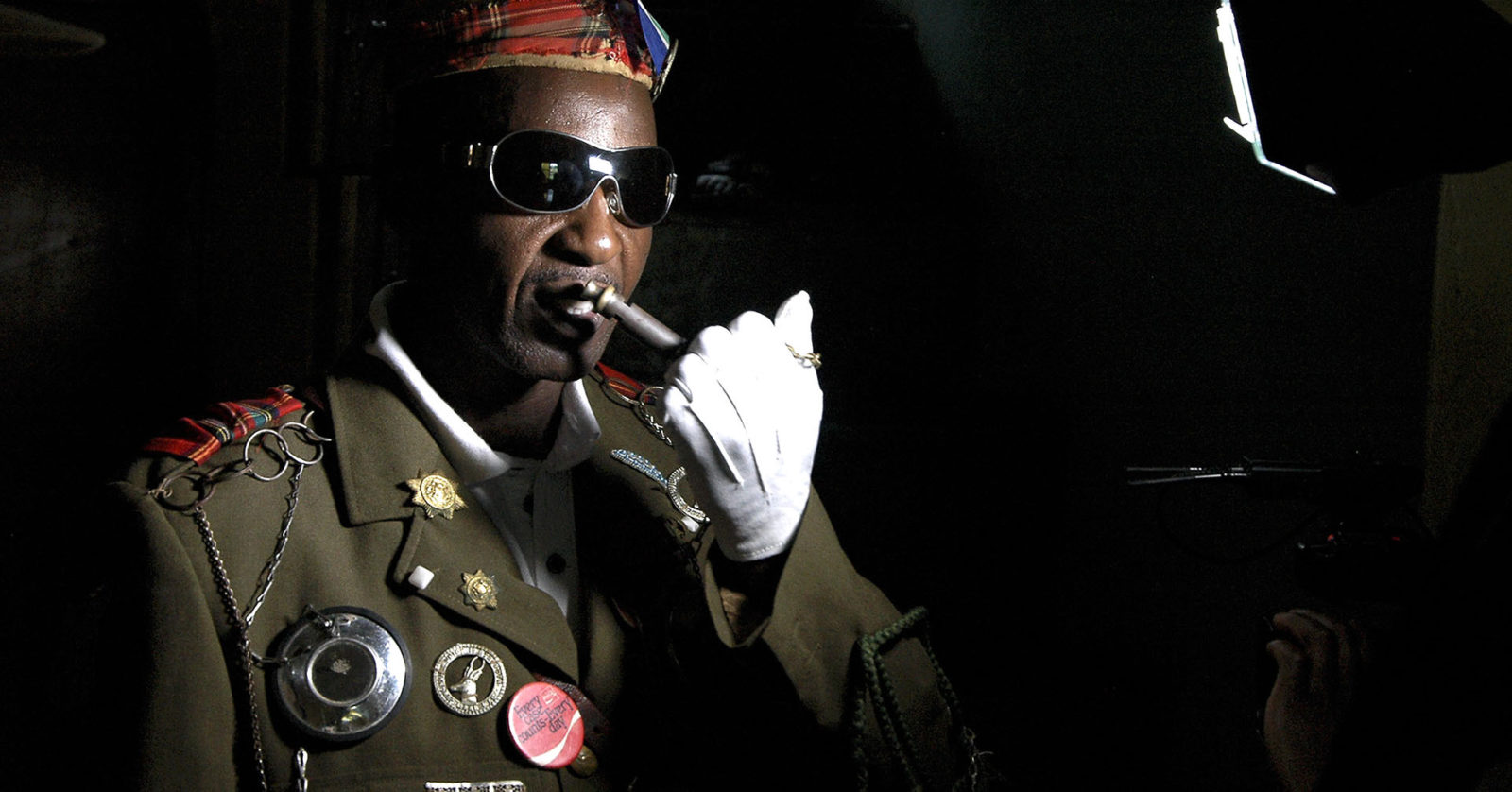 A member of the Special Springbok troupe prepares for the annual Diturupa carnival in Makapanstad. (Photo: Lucas Ledwaba/Mukurukuru Media)

Little is spoken about the black soldiers who were conscripted into the South African army to fight in World War 1. In this exhibition titled Diturupa, photographer Lucas Ledwaba honours their legacy.

Lucas Ledwaba is a photographer and editor of Mukurukuru Media, which reports on the stories of people in rural areas. Recently, he exhibited photographic artworks and storytelling of the Diturupa movement in Makapanstad — established to commemorate the history of black South African men who fought on the side of the allies in World War One. Ledwaba has also directed a documentary called Troupes of War, which tells the almost forgotten story of the role of black soldiers in the war.

Ledwaba says these men were conscripted through the facilitation of traditional leaders after joining what was then called the South African Native Labour Contingent. The black soldiers in the army were not given guns like their white counterparts but were instead on hand to do more labour intensive tasks like carrying equipment and supplies and digging trenches.

Although on the side of the allies, the black soldiers were said to have lived in camps worse than those of German prisoners of war.  One of the most tragic events was the sinking of the SS Mendi in 1917 where 607 black men perished on their way to France as labour reinforcements.

On their return from the war they received paltry compensation or recognition while white soldiers were rewarded with farming land and medals of honour. However, in their villages the community celebrated the return of the black soldiers from the war by hosting what has come to be known as the Diturupa Festival, where the soldiers displayed various military uniforms from the battalions in which they served.

Over the years, the festival has evolved to include more of the community’s cultural history and songs and is characterised by a youthful new generation. The festival takes place annually around the December festive season. Various cultural meshing is evident, for example a traditional military drum would be played alongside more traditional African drums made from cowhide which, according to cultural tellings, are beaten to summon the rains. The songs that  aren’t necessarily military in origin but instead tell the stories of the various traditions of clans from the area.

Originally from Makapanstad, Ledwaba says he was drawn to the Diturupa movement when his father, also a photographer, had taken a photo of a man dressed in military regalia. He remembers staring at the photo for hours, fascinated by the possible story of the man in the image.

At the heart of the exhibition lies the importance of preserving history in order for it to be passed to the next generation as families preserve their memories and legacies in the South African story.

History is not an overwhelmingly complex concept, says Ledwaba. He argues rather that it is as simple as ensuring that younger generations know their grandparents and ancestors. This can be done through simple acts like keeping old photos, old documents like marriage licences or identity documents, but also through storytelling about the lives and experiences of those who are no longer amongst us. A wonderfully simple concept, yet one that seems in short supply within African communities.

Ledwaba shares that when he held the live exhibition in Makapanstad he was amazed by the throngs of elderly people who flocked to the exhibition, fascinated by the photographs on display. Ledwaba remembers being struck in particular by the comments of one senior visitor who said he never thought he’d see himself reflected in an exhibition of people who look just like him.

When asked about the significance of using photography to preserve history, Ledwaba draws on the example of a historic photo of Nelson Mandela that almost every black household had during apartheid, yet could never display for fear of treason charges by the regime. The banned photo ensured that the jailed liberation leader was not forgotten, that he was kept alive and on people’s minds –  the photo thus a link to the people of South Africa.

Ledwaba argues that it is particularly important to memorialise black people’s history and their multiplicity of stories, as there are few online resources available to access them. DM/MC

Lucas Ledwaba aims to take his exhibition around South Africa. Should you be interested in partnering or collaborating you can contact him at [email protected]