All the king’s men: Players who might star for Amaglug-glug at the Olympics 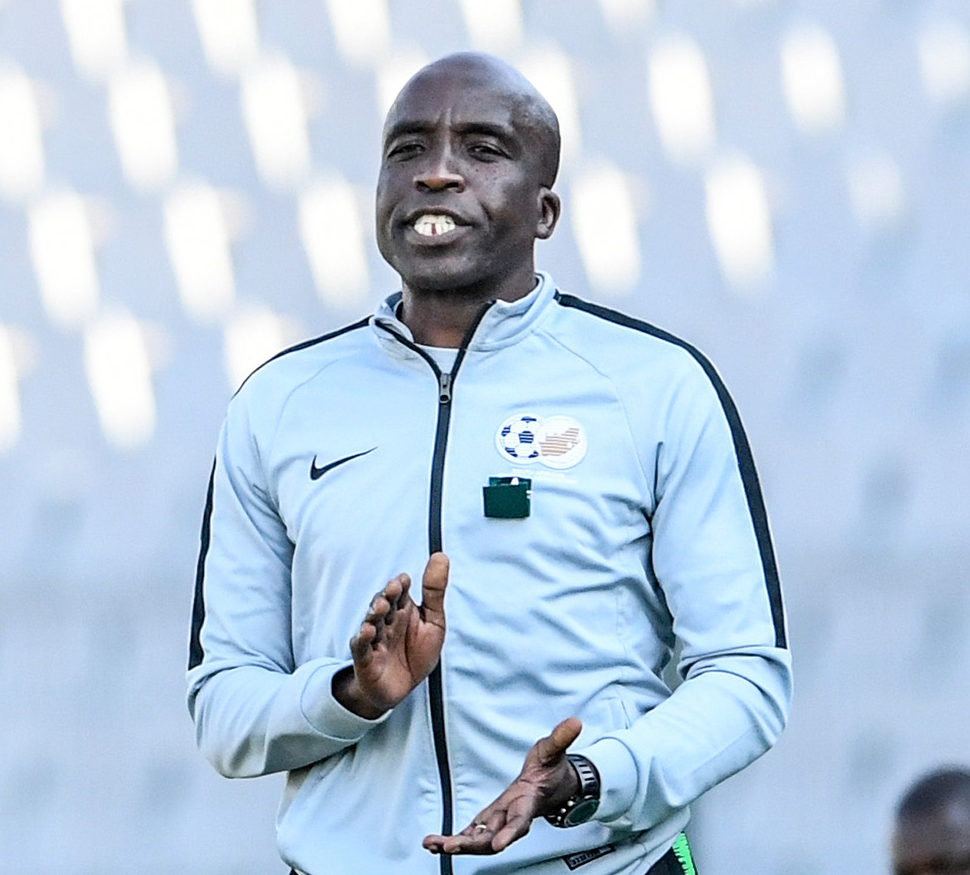 The postponement of the Olympic Games to 2021 has given David Notoane, the coach of South Africa’s under-23 men’s football team, a chance to assess players who might not have made it into his squad had the Olympics happened this year. (Photo: Sydney Seshibedi/Gallo Images)

Under-23 coach David Notoane has new and exciting options to consider for his 2021 Olympic squad.

The postponement of the 2020 Tokyo Olympic Games to 2021 has given David Notoane, the coach of South Africa’s under-23 men’s football team, a chance to assess players who might not have made it into his squad had the Olympics happened this year.

Notoane has a core base of players who he trusts to do the job when the time comes to fly the South African flag in Japan, most of whom are based locally.

However, with games coming thick and fast as a result of a cramped schedule enforced by Covid-19, injuries to these key figures in the team as they build up to the global spectacle are a reality.

If new players put up their hands to be considered by performing well throughout this season, Notoane will welcome that because it will give him more options to choose from in future.

There were fears that players who would be turning 24 in 2021 would miss out after the Games were postponed by a year, as Olympic men’s soccer tournaments are under-23 events. But the world football governing body, Fifa, amended the rules to make provisions for some of the players who would have missed out by virtue of being a year older in 2021.

Here is a list of some DStv Premiership stars who are a shoo-in for the Olympics, and others who are in with a shouting chance should they have solid seasons.

One of the players to miss out because of age would have been SuperSport United midfielder Teboho Mokoena. The 23-year-old has been a key figure for Notoane since making his debut.

The midfield engine has started the 2020/2021 season in blistering form, with his eye on ensuring he preserves his place in the national side.

SuperSport have scored five league goals from their four league games this season, three of which have come from Mokoena.

Sipho Mbule, who is Mokoena’s teammate and midfield partner at SuperSport, is another player in whom Notoane has shown trust. The 22-year-old had an outstanding campaign in 2019/2020, winning Players’ Player of the Season at the club’s awards in October.

A knee injury kept him on the sidelines at the start of the current season, but he recently returned to action in a loss against Orlando Pirates a week ago. But he registered his first assist for the season in that game.

The national coach will be hopeful that his recent injury will be the last serious one he has before the Olympics. Having two players who have formed an incredible understanding in midfield will be a priceless asset for Notoane in Tokyo.

It looks like the lanky shot stopper will duke it out with Cape Town Spurs’ Darren Johnson for the goalkeeper’s jersey. The fact that he seems to have preserved his status as Golden Arrows’ first-choice goalkeeper, despite the departure of Steve Komphela, bodes well for Mlungwana.

Arrows currently have four first-team goalkeepers, including the man that Mlungwana usurped, as well as the experienced Max Mbaeva. Still, new Arrows boss Mandla Ncikazi has chosen to show the same faith in Mlungwana that Komphela showed when handing him his first-team debut last season.

Notoane had also included senior goalkeepers Ronwen Williams and Darren Keet in his preliminary Olympic squad before the Games were postponed. So, it could easily be one of them and not the youngsters who don the gloves in Tokyo.

One bright spark in a tumultuous start to Gavin Hunt’s tenure at Kaizer Chiefs has been the impressive displays of 21-year-old Ngcobo.

The midfielder is the latest promising star from Amakhosi’s academy. Having made his debut in 2018/2019, Ngcobo failed to cement his place in the team, making four appearances between his debut and last season.

Under Hunt he has already made five league appearances. If he continues on this trajectory, it’s difficult to see Notoane ignoring the former SA under 20-captain.

The Cape Town City forward holds the record for being the youngest debutant for Bafana Bafana, having made his first appearance as a 17-year-old back in 2014.

Now 23 years old, but never having represented SA at a major tournament thanks to injuries, he is dreaming of the Olympics.

“It feels great to be back in the national setup,” Lakay said during the recent international break, where he scored as Notoane’s side lost to Saudi Arabia in a friendly.

Should the pacey attacker continue his impressive displays at City this season, it’ll be difficult for Notoane to overlook him.

A handful of other DStv Premiership starlets will give the coach the difficult task of choosing the team that will represent the country at the Games. These include the Mamelodi Sundowns duo of Keletso Makgalwa and Promise Mkhuma, Evidence Makgopa of Baroka and SuperSport’s Luke Fleurs.

Following their two friendlies versus Saudi Arabia recently, Notoane had praise for some other new faces in the team too.

“Though I am disappointed with the result of the game, I am happy with the data that we collected from this camp,” Notoane said. “Leletu Skelem and Malebogo Modise … showed us what they can offer this team… Zakhele Lepasa also raised his hand that he can be a goal-poacher for us going into the Olympic Games, to mention a few players [who impressed him].”

Notoane will also have to slot in the internationally based players such as team captain Tercious Malepe and forwards Lyle Foster and Luther Singh. But for the sake of taking the strongest possible team to Tokyo next year, it will be a headache he gladly welcomes. DM168