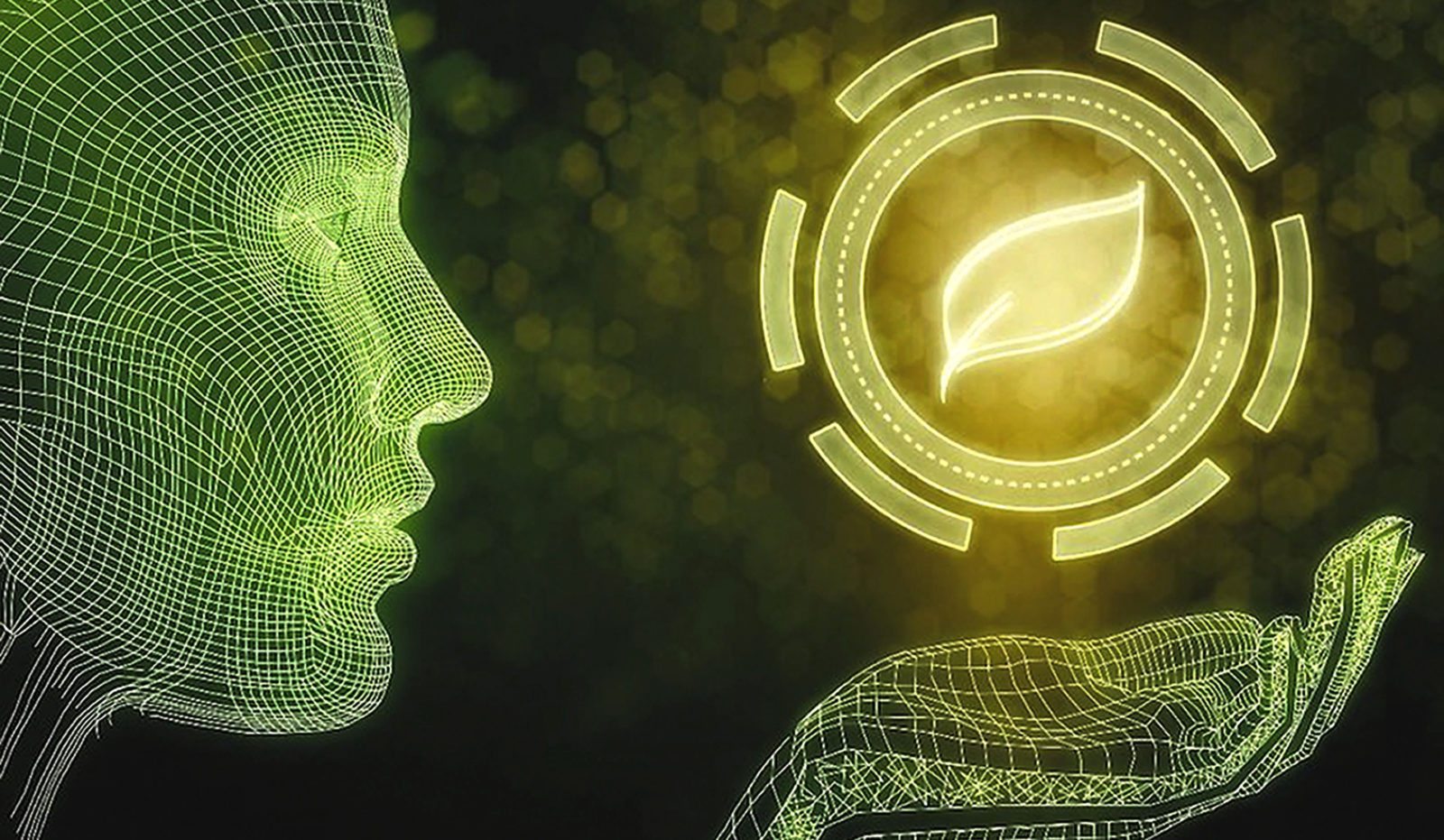 Why does a just transition in South Africa matter so much? (Photo: europeanfiles.eu/Wikipedia)

Workers facing job losses due to the effects of climate change need to transition to new livelihoods, a transition that needs to be crafted by and for them and other vulnerable stakeholders. This will fundamentally shift decision-making away from traditional power structures and require breaking the deadlock of vested interests and political settlements working hard to protect the status quo.

Everyone, from policymakers to trade unionists, community leaders, business people, researchers and even donors, talks about “just transition, just transition, and the just transition”. So on the surface it appears that they all agree, but in reality there is no common understanding of what this term actually means for South Africa. What is more concerning is the lack of dissemination of the just transition agenda at a grassroots level, among the very people it is meant to target.

These are among the myriad factors that have emerged during recent stakeholder dialogues organised by Trade & Industrial Policy Strategies (TIPS) in an attempt to unpack the complexities of ensuring a just transition in South Africa.

Why does a just transition in South Africa matter so much?

At its core, it aims to ensure that vulnerable stakeholders are better off through the transition to a green economy, or at least are not negatively impacted by it. In the South African context, the staggering levels of unemployment, inequality and poverty render this need even more pressing.

And, in reality, a transition can only be truly just if it is an inclusive process that empowers stakeholders, especially the most vulnerable communities, to codesign and co-implement the transition – a challenging but very much central condition for democracy.

Before exploring the current tensions and differences within the just transition space, let’s get back to where the idea of a just transition originates. It emerged out of the 1970s labour movement in the United States in response to toxic waste clean-up policies, which disproportionately impacted minority and vulnerable workers. As a result, labour movements and environmental justice organisations campaigned for a “just transition”. This led to supportive policies for workers facing job losses, so that they could transition to new livelihoods.

Since then, the concept has risen within the labour movement and beyond, reaching global prominence with the 2015 Paris Agreement on Climate Change. Indeed, the preamble of the Paris Agreement refers explicitly to the need for a “just transition of the workforce”.

Within the South African discourse, the idea of a just transition can be traced back to a position paper on climate change adopted by the Congress of South African Trade Unions in August 2011. At the time, the paper took a proactive stance on climate policy, embracing the need to transition to a low-carbon economy, but at the same time advocating that workers and generally vulnerable stakeholders should be prioritised in the country’s transition.

Largely neglected for most of the decade, the just transition agenda has taken centre stage in recent years. Spearheaded by rapidly expanding research, just transition discussions in South Africa have so far been heavily concentrated on the energy sector, and even more so on the impact of the decline in the use of coal. The imperative of a just transition has already found its way into policy, featuring high in both the latest Integrated Resource Plan for Electricity and the 2019 Roadmap for Eskom in a Reformed Electricity Supply Industry.

New and disruptive, the just transition agenda in South Africa is, unsurprisingly, a much-contested space. Many areas of contention persist and disagreement in the field is rife. This is not unexpected with so many vested interests involved.

First, while the just transition agenda is, for most, a rallying call for proactive implementation, it is still seen in some corners (of government, labour unions and the private sector) as an opportunity to hinder the transition process. Vested interests and political settlements continue to look back, working hard to protect the status quo in favour of incumbents. Breaking this deadlock is a key step towards a just transition in the country.

Second, whether or not a just transition can be achieved effectively within the prevailing (capitalist) model of development is a key differentiator between stakeholders. This notably crystallises on the nature of ownership and operation of assets envisioned by stakeholders. Many in the labour movement and civil society advocate heartily for socially owned infrastructure and means of production, such as state- and community-owned energy generation, in stark contrast to the views (and interests) of the private sector.

Third, the depth and speed of the transition to a low-carbon economy remains highly debated. Correspondingly, this has critical implications for the goal of achieving a just transition. In the electricity industry, for instance, long-standing competition exists between proponents of various technologies. In heavy industry, this extends to the future of some industrial facilities in their current form, such as refineries and smelters.

Fault lines cut across industry, labour unions, civil society and even government, reflecting the various competing objectives pursued by stakeholders, from mitigating climate change to maximising the use of mineral resources. To foster consensus and coherence, government should notably convey a coherent messaging on the nature of a just transition and the timelines.

When lost or in doubt, stakeholders should heed the lessons of countries that have gone through similar transitions, especially in the coal sector. A key factor that emerges from history is the need for transitions to be crafted by and for vulnerable stakeholders, fundamentally shifting decision-making away from traditional power structures.

Fourth, while everyone acknowledges the multipronged nature of the interventions required to attain a just transition, the extent of the support necessary and the priority mechanisms to channel such support are heavily disputed. Every stakeholder appears to be pushing their preferred intervention(s) in line with their interests, be it active labour market policies (ie retraining and reskilling), special economic zones, land rehabilitation, renewable energy development zones or transition funds.

Similarly, regarding the question of where possible alternative employment opportunities lie going forward is more a matter of opinion than evidence at this point.

So what do stakeholders agree on?

Ironically, they agree on the need to unite on a common understanding and definition of a just transition. A clear view presented during the TIPS dialogues is that stakeholders tend to congregate in silos, not meaningfully engaging with differing opinions, and creating echo chambers. This approach entrenches diverging views, taking us further away from consensus.

Then, irrespective of their understanding, stakeholders agree (in principle) on the need for a just and green transition. Most notably, the importance of mitigating as well as adapting to climate change impacts is well accepted in the country. Similarly, the urgency of designing and implementing plans and programmes for a just transition is stressed across the board. Any delay takes us further away from achieving this.

Stakeholders all long for an institutional home, a leading force driving the just transition agenda in South Africa. The Presidential Climate Change Coordinating Commission, the establishment of which Cabinet approved on 9 September 2020, emerges as the vehicle of choice. Whether the committee, once established, will have the mandate and resources to effectively drive implementation remains, however, to be seen. In any event, all agree that achieving a just transition will require all stakeholders to be on board, working concertedly from the ground up.

Furthermore, the reality that climate change impacts and the just transition agenda cut across all strata of the economy and society is increasingly acknowledged. While just transition discussions have centred on the coal value chain, in the medium to long term, virtually all sectors, such as automotive, liquid fuels, agriculture and tourism, stand to be heavily impacted by climate change and response measures.

Last, there is growing consensus that fostering a just transition will require extensive diversification and rejuvenation strategies for specific regions and technological upgrading of entire value chains. This will require strong industrial policy, active labour market policies and social protection measures. In other words, proactive intervention is required. Left solely to the market, the transition will occur, but it will not be just.

For example, in the case of Mpumalanga, initial debates revolved misguidedly around replacing coal-based employment with renewable energy-based employment only. While the opportunity for the renewable energy industry to positively contribute a just transition in Mpumalanga is widely accepted, the need for a more comprehensive approach (considering all possible employment and livelihood opportunities) is getting traction.

Similarly, the need for the extension of the just transition ambit beyond workers, to include all vulnerable stakeholders, such as low-income communities and small businesses, has been accepted by all.

This provides an imperfect yet sound basis on which to build South Africa’s just transition. Realistically, some differences are inherently ideological and full consensus might well never be reached. This should not prevent action. While the post-1994 period has been built on a commitment to social dialogue as reflected in institutions such as the National Economic Development and Labour Council (Nedlac), social dialogue is a means to an end, not an end in itself.

Hence, an approach of dialogue for the sake of it could lead to a scenario where we forget the very people we are targeting and fail to deliver on a real just transition.

When lost or in doubt, stakeholders should heed the lessons of countries that have gone through similar transitions, especially in the coal sector. A key factor that emerges from history is the need for transitions to be crafted by and for vulnerable stakeholders, fundamentally shifting decision-making away from traditional power structures.

These stakeholders stand to be most impacted by the changes that are taking place and, as such, must have their voices heard and play a core role in the transition. The traditional top-down approach to decision-making is not just and a fundamental shift is required. True, meaningful inclusivity is not only democratic and ethical, but it can open a path forward – one that steers away from political tensions and delivers a truly just transition.

Will the journey be easy? Certainly not. But it will be worth it. DM/MC