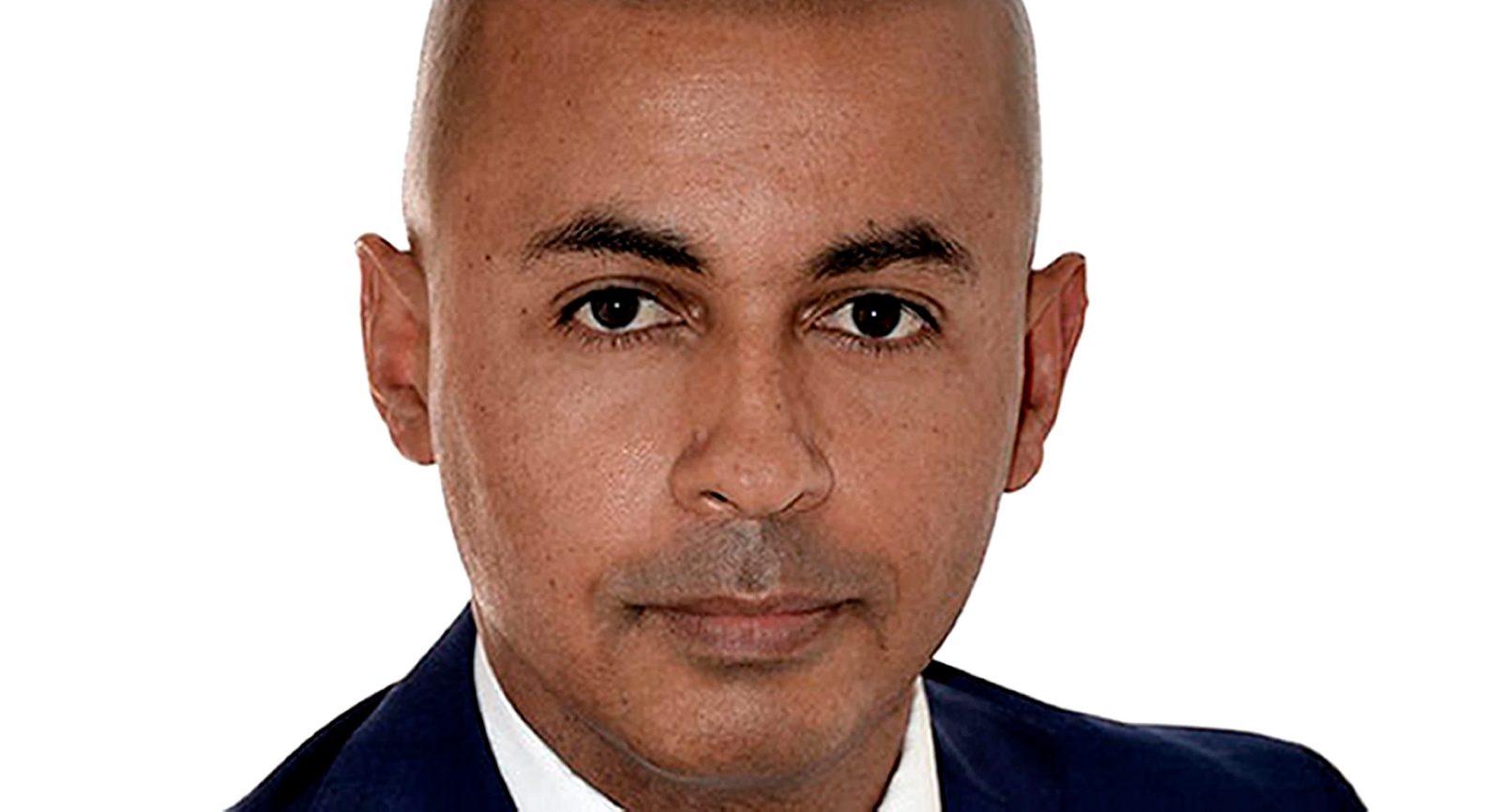 Mustaqeem De Gama, a counsellor at South Africa’s permanent mission in Geneva, is at the heart of the global drive to ensure that everyone has access to a Covid-19 vaccine.

South Africa is leading a gigantic global crusade to get the World Trade Organisation (WTO) to allow member countries to waive intellectual property rights on all products related to Covid-19 for the duration of the Covid pandemic.

If accepted, the waiver would make any drug, vaccine or technology widely available to all countries to deal with Covid-19. In the case of vaccines, for example, billions of doses will need to be made and the pharmaceutical companies alone cannot meet the demand.

The waiver was formally proposed by South Africa, India, Kenya and Eswatini at the WTO’s Trade-Related Aspects of Intellectual Property Rights (TRIPS) council in mid-October. After further discussions in that council last week, countries agreed to take the issue to the body’s general council, which meets on 17 December.

“From our consultations, we have a feeling that we have majority support for this proposal,” Mustaqeem De Gama, counsellor at South Africa’s permanent mission in Geneva, said this week.

Since last week’s meeting, 99 of the 164 WTO member states now appear to support the proposal. Those in full support include Egypt, Indonesia, Tunisia and Venezuela, while countries including China, Colombia, Thailand and Nigeria have welcomed the suggestion and called for more discussion.

The waiver also has the support of the World Health Organisation (WHO), UNAIDS and more than 300 civil society organisations worldwide.

“Nobody can afford to let corporations that have been supported by billions in publicly funded research money to simply pursue their bottom line interests without regard to global Covid-19 needs.

“This pandemic will not be over until it’s over for everyone,” said Candice Sehoma, MSF Access Campaign’s advocacy officer in South Africa.

But the economic powerhouses, including the European Union, US, UK, Canada, Australia and Brazil, are opposed to it, preferring voluntary arrangements between countries and pharmaceutical companies.

So far, the voluntary agreements struck are all to the advantage of wealthy nations. For example, more than 80% of the candidate vaccine being developed by Pfizer has already been bought by developed countries in secretive bilateral agreements.

In his address to the TRIPS council last week, De Gama said that these “ad hoc, non-transparent and unaccountable bilateral deals that artificially limit supply and competition” cannot reliably deliver access during a pandemic” and “do not demonstrate global collaboration but rather reinforce ‘nationalism’, enlarging chasms of inequity”.

In recent years, many pharmaceutical companies have also kept important information – including about what doses and combinations work – out of their patent applications and voluntary licensing agreements with governments and generic manufacturers, claiming that these are “trade secrets”.

And it’s not just IP protection for medicines and vaccines that is hampering the fight against the pandemic. Earlier this year, the Netherlands was unable to do mass testing for Covid-19 because there was a shortage of the liquid buffer its laboratories needed to run the tests.

“Initially, Roche refused to provide the recipe for the buffer,” De Gama told the TRIPS council.

“With the recipe, labs would be able to quickly make their own solution and ramp up their testing capability. Eventually, however, as public pressure mounted… Roche agreed to release the recipe to the Dutch authorities.”

De Gama says that the countries sponsoring the waiver “want the WTO to show that it is part of the solution to Covid-19, and not part of the problem”.

“This is an organisation that has competence in trade-related matters and this is where intellectual property (IP) rights come in.

“There is a powerful role for the WTO to play to ensure that everyone has access to what they need to try to address the epidemic, whether it is in prevention, treatment or diagnosis,” he said.

De Gama also points out that philanthropy-based initiatives such as the WHO’s Access to Covid-19 Tools (ACT) Accelerator, its vaccine access arm, COVAX, and the Covid-19 Technology Access Pool (C-TAP) are not adequate to address the pandemic.

“The shortcoming of institutions that are run on the basis of gifting or philanthropy is that they are not effective long-term mechanisms because these only have a short-term time horizon,” says De Gama.

He points out that, even if COVAX had the money to buy large volumes of any of the vaccines, with all the current IP constraints there simply won’t be enough vaccine doses manufactured to cover enough people to achieve global herd immunity by the end of 2021.

“If you look at the volume projections of, let’s say the Pfizer vaccine – it will be producing 50 million doses before the end of this year and 1.5 billion by the end of next year.

“Now, if you look at the preorder purchases that have already been put in by rich countries, even if countries such as South Africa, which are not covered under COVAX, were to try to purchase this vaccine in the open market, there’s no guarantee we could get access to enough within the timelines that are required to establish effective access,” said De Gama.

“It is projected that, for low- and middle-income countries, only 20% of the population will be covered by then.

“But even this is not feasible now, given various issues that have arisen, such as a two-dose regimen, which is now becoming the standard and effectively halves the number of people who can be vaccinated.”

De Gama is the technical head of South Africa’s WTO delegation but he has been thrust into the limelight because South Africa’s ambassador to the WTO, Xolelwa Mlumbi-Peter, is the current chairperson of the TRIPS council.

“We are in a superdifficult position,” admits De Gama.

“My ambassador is not part of any of the consultations that we have with any other delegations because she is currently the chair of the TRIPS council and cannot be seen to be biased.”

Before his Geneva posting, De Gama – who describes himself as a “Pretoria boykie” – headed the Department of Trade and Industry’s (the dti’s) legal international trade and investment directorate. He has a PhD in law from the University of Pretoria, and studied international economic law at Belgium’s Louvain University.

The Geneva team relies on support from the dti’s minister, Ebrahim Patel, and the department’s deputy director-general, Xavier Karim, who used to be based at the WTO.

But even if the waiver were to be accepted by the WTO, countries would need their own laws to enable it – and South Africa has not yet implemented amendments made to the Patents Act.

“While the waiver will not by itself lead to access to Covid-19 health technologies, it is an important step towards equitable access,” says Umunyana Rugege, executive director of Section27.

“We would like to see the draft amendments to the Patents Act published without delay to ensure that the legal environment is readied for the introduction of a range of diagnostics, medicines and vaccines.”

Meanwhile, the Fix the Patent Laws Coalition has called on the South African government to grant “automatic compulsory licensing of Covid-19-related health products with existing or pending patents”.

A recent letter to President Cyril Ramaphosa, initiated by Professor Yousuf A Vawda from the University of KwaZulu-Natal, has been signed by hundreds of academics who called on government to “expedite the process of implementing the long-awaited amendments to the Patents Act and other legislation, to replace the outdated regulatory regime with one that is consonant with our Constitutional order”.

“Most immediately, we call on government to urgently introduce emergency legislation to effect the waiver on the enforcement of all forms of intellectual property rights for the entire duration of the Covid-19 pandemic,” says the letter. DM/MC

For more information on the waiver, read this Q&A with De Gama