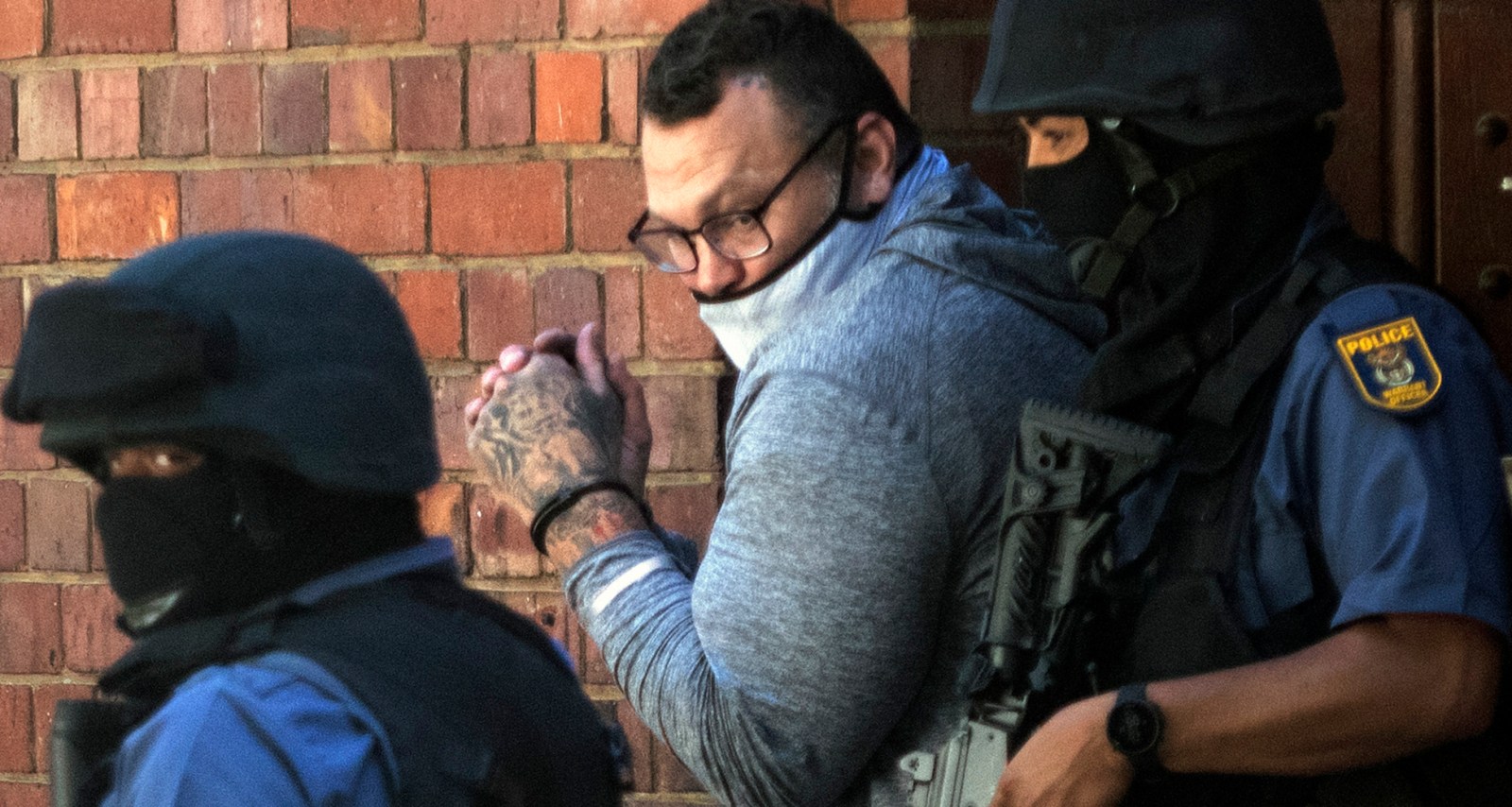 Zane Kilian, who has been charged with murder, conspiracy to murder and the illegal interception of communication. (Photo by Gallo Images / Brenton Geach)

If it were up to murdered Anti-Gang Unit Lieutenant-Colonel Charl Kinnear’s wife Nicolette, Zane Kilian, the man implicated in the plot to murder the decorated detective, would not get bail.

Speaking a day before Kilian was due to appear in the Bellville Regional Court on Friday 27 November to apply for bail, Kinnear’s widow said she would not attend the application.

“I want the magistrate to deny him bail. Kilian was part of the network that carried out the plot. To finish a race, you need to start somewhere. At the end of the day we want to know who gave the order and all those parts of the puzzle,” she said.

Kilian, a former rugby player turned debt collector and private investigator, has been charged with murder, conspiracy to murder and the illegal interception of communication.

Shortly after Kilian’s arrest for the murder of Kinnear on 18 September outside the police officer’s home at 10 Gearing Road, Bishop Lavis in Cape Town, the state indicated it would oppose bail.

Court papers and the charge sheet states that Kilian conspired to murder Kinnear by pinging his phone at least 2,116 times until the day he was assassinated. It is the State’s case that Kilian is also guilty of murder because his actions played a vital role in the plot that led to the shooting of Kinnear outside his home.

Kinnear’s death exposed the magnitude of police corruption and a scandalous gun-licence racket which included police officers who allegedly colluded with alleged underworld kingpin Nafiz Modack. The officers are all facing gun-related charges and have been released on bail.

Investigations by Maverick Citizen also revealed that Kinnear was on the verge of exposing corrupt links between Gauteng police officers and the “Gauteng Mafia”.

Pivotal to the state’s strategy during the bail application will be to persuade the court that Kilian is a flight risk who faces a count of murder for which, if found guilty, he could get a life sentence.

The state further contends that the murder of Kinnear was premediated and that additional charges may be filed against Kilian.

The additional charges relate to the analysis of at least 10,000 pings allegedly carried out by Kilian. So far he has also been charged with the failed alleged murder attempt on top lawyer William Booth on 9 April 2020 outside his Higgovale, Cape Town, home. Booth’s phone was allegedly pinged 500 times.

The pain and suffering inflicted on Kinnear’s family after his assassination will be another avenue the state will explore to deny Kilian bail.

Also weighing heavily against Kilian will be documents that certify him as a registered private investigator with the Private Security Industry Regulatory Authority (PSIRA) and which authorised him to conduct surveillance. The state claims these certificates are fraudulent.

A top criminal lawyer commenting on the case opined that, “Every crime has its weights that will determine a suspect’s punishment. If a person is accused of a severe crime, such as murder, or is seen as a threat to society, bail will not be easily granted.

“Important factors to be taken into account are whether his release on bail would lead to public disorder or undermine a sense of peace and security amongst members of the public, that the accused will not interfere or contact any of the State’s witnesses or dispose of any evidentiary material that may be used in the prosecution of this matter and that he is willing to submit to all bail conditions as imposed by the court.”

But a counter-argument by Kilian’s counsel will be that he was one of a multitude of individuals who pinged phones. They will question why these individuals have not been arrested and charged and argue that Kilian is not a flight risk and doesn’t know the witnesses.

His defence will in all likelihood also raise the issue surrounding an ex-policeman who allegedly pinged the phone of murdered Johannesburg anaesthetist Abdulhay Munshi. The 57-year-old doctor was killed in September.

Eric Bryer, lawyer for Kilian, said: “Two months have transpired since the murder of the doctor and the person accused of pinging the doctor’s phone has not been charged.”

From the outset it has been the contention of Kilian’s counsel that Kilian did not commit murder, nor did he conspire to commit murder and he did not unlawfully track the phone of Kinnear.

It is Kilian’s version he was asked by a Mr Mohamad to ping the phone of his unfaithful wife and while pinging the phone 2,116 times he was not aware it was the phone of the policeman who was about to be assassinated. DM/MC