Proteas back on the field – but issues smoulder all around them 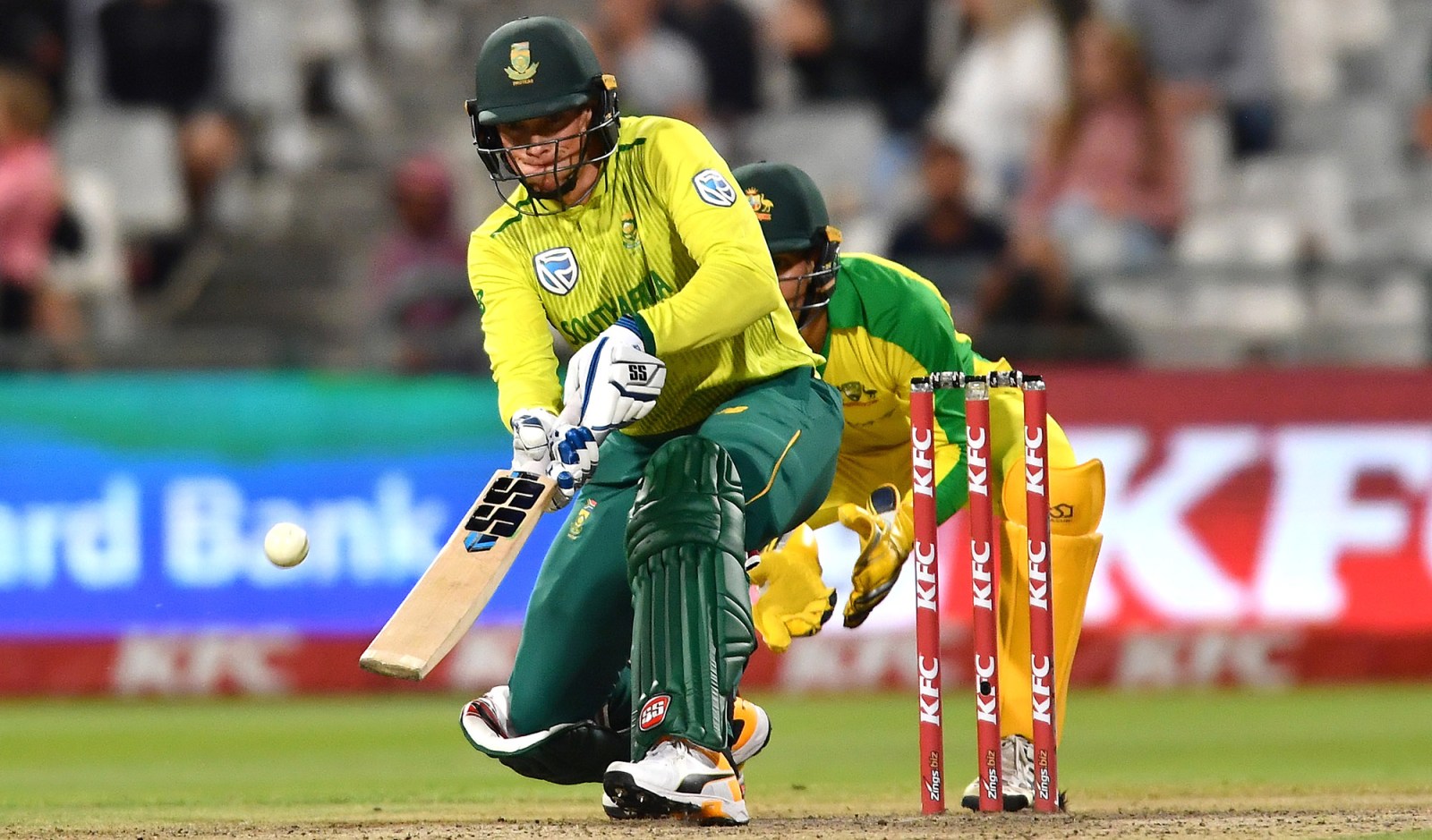 Eight months since they last played a match, the Proteas will finally cross the boundary rope to face England in a T20 International at Newlands on Friday. While that is a relief in this most trying of years, boardroom issues, Covid-19 and questions of social justice have overshadowed the build-up.

Cricket will be secondary for the opening moments of the first of three T20s between South Africa and England at Newlands. Both sides have said they will not be taking a knee as a symbolic gesture of solidarity with the Black Lives Matter (BLM) movement.

This is against a backdrop of Cricket South Africa (CSA) boardroom politics that makes the Trump White House look stable, and a global pandemic that has created havoc with sporting schedules.

The decision by the Proteas, in particular, to forego this fairly painless genuflection (unless you have dodgy knees) has had the 21st century’s church of opinion – Twitter – in uproar.

At a 3TC match earlier this year, all the players and officials involved took a knee before the start of that game after fast bowler Lungi Ngidi expressed it was something that needed to be done. After the squad attended a “culture camp” in August, it appears that there has been a shift in focus.

It seems the Proteas are now embracing other causes such as gender-based violence (GBV), so focusing on one is inappropriate.

“Lungi was happy that we’ve done what we needed to do especially at that particular game [the 3TC match in July],” Boucher told the media last week.

So far, so good. Earlier this week the Proteas’ leading fast bowler, Kagiso Rabada, muddied the waters slightly when he indicated that the decision not to kneel might not have been unanimous.

“I will always stand for that, but it was a team decision not to kneel and to look at gender-based violence and devote ourselves to that cause. I’ll always believe in Black Lives Matter 100%. Mark [Boucher] has stated that the team will not be kneeling and that’s how it’s going to be.”

The following day, batsman Rassie van der Dussen, one of the first prominent white players to publicly come out in support of BLM earlier this year, was quizzed on whether the decision not to kneel was unanimous. Van der Dussen was about to give what no doubt would have been an eloquent answer based on his track record of intelligent responses to a wide range of questions over the past year.

But just as he was about to speak, Cricket South Africa’s (CSA) media officer stepped in and refused to allow the question to be answered, adding oil to a small fire. Now it looked like CSA and the Proteas were hiding something. What could have been dealt with in a few minutes, exploded into a social media blaze.

Later that day CSA issued a statement, attributed to the Proteas squad, reiterating and explaining their position.

“As a team, we have unanimously chosen not to take the knee at the upcoming matches, but to continue to work together in our personal, team and public spaces to dismantle racism,” the statement read.

“This decision was taken by the team collectively, after deep dialogue and attentive consideration. This is not a decision compelled on us by either our management or our coaches. Let us be clear, our team decision on not taking the knee does not indicate that we do not care about racism, racial equality, or justice. Now, more than ever, we are committed to this work.

Why an intelligent, experienced player such as Van der Dussen couldn’t have fielded the question, and used his own words to explain the official position remains a mystery.

It was yet another poorly handled situation by CSA because they shot their own messenger in front of the media. It was hard not to have sympathy for Van der Dussen.

England front up to BLM

England captain Eoin Morgan, by contrast, looked comfortably ready on the subject of BLM when the question was launched with the subtlety of a Ben Stokes slog-sweep at a media conference on Thursday. Morgan gave a reasoned explanation of why they have decided not to take a knee – for now.

“All through the summer and across all three formats we spoke about how we can create meaningful change over a period of time, which is authentic to every player and staff member within our group to make them feel like they have a share in it,” Morgan said.

“When we put our voice behind something, we feel it is extremely powerful. Every player has a different story, particularly in our group given how diverse it is. And they want their own story to be replicated in how we can impact the world in a strong way. So, ours is a work in progress.

“Obviously it looks like South Africa has taken a similar decision as well. And while I was at the IPL [Indian Premier League] I spoke to players from various countries who are doing similar things. Australia for instance is reconnecting with the Aboriginal community, which is something they feel is important.”

Covid-19 still lurks as a threat to the series

In terms of actual cricket, both teams were finalising their preparations while operating in Covid-19 bio-bubbles to mitigate the spread of the virus.

Two Proteas players tested positive over the past week and another two were also isolated having been in close contact with them. It led to the odd situation of the Proteas preparing in two groups to help retain the integrity of the bio-bubble. It has hardly been ideal, but in 2020, just playing again is a victory.

“I know from the community I live in, how important it was when sport started again,” Morgan said.

“Given how bad the circumstances still are, particularly at home, it’s important for us to go out there and put on a bit of a show. A lot of people around the world are going through difficult challenges, and sport can help relieve some of those troubles.”

But CSA’s chief medical officer, Shuaib Manjra, issued a stark warning that if there were more positive tests, the entire series could be in jeopardy. “There probably won’t be a game,” was his answer when asked what the consequences of more positive tests would have been.

“We cannot bring in a player from the outside without testing them at least twice before we bring them into this space. If a large group of people test positive we wouldn’t have adequate opportunity to bridge people into the bio-bubble. But we’ve got a squad of 24. Hopefully we can put a team together.” DM