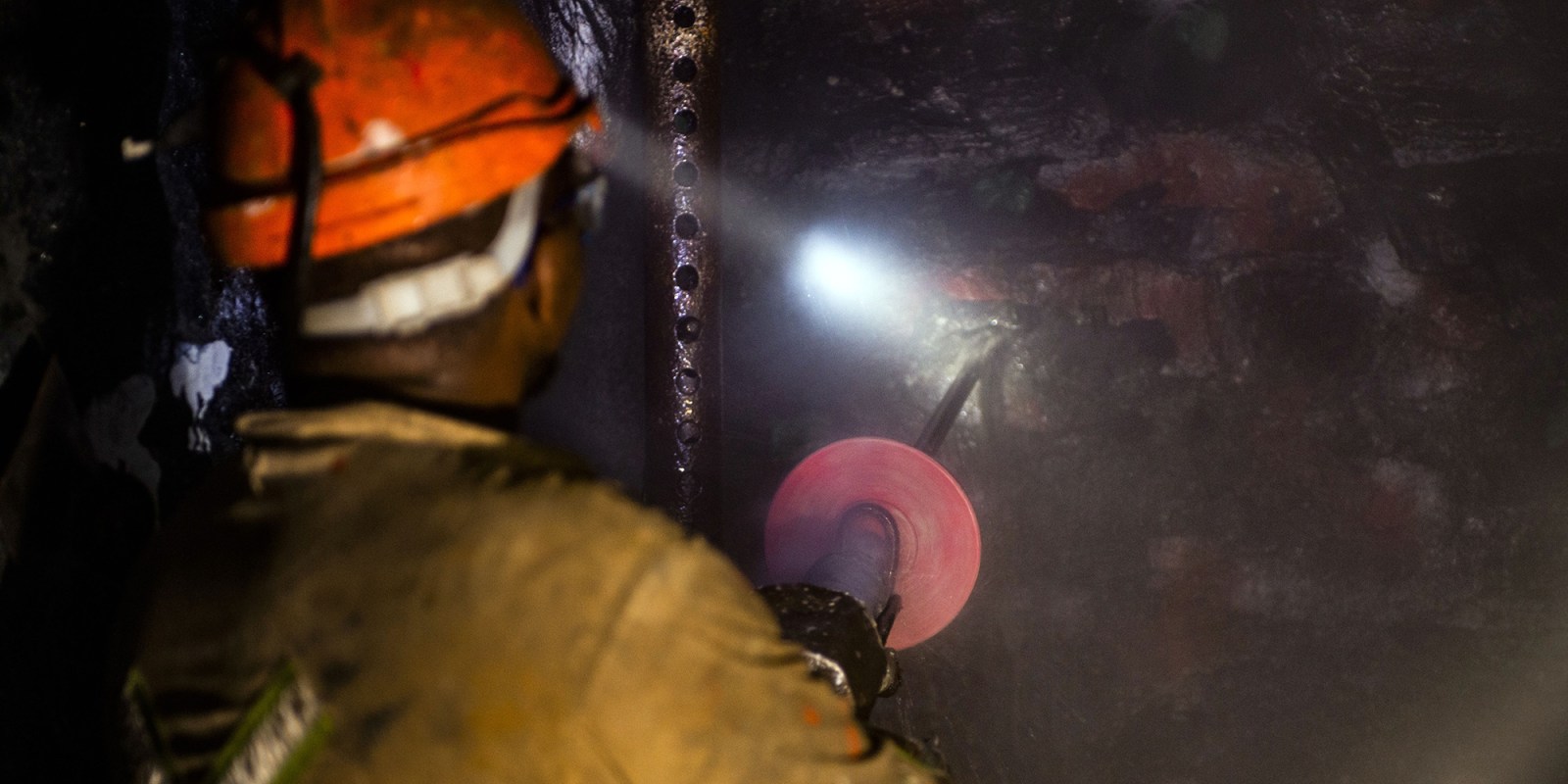 The Mothlotlo community in Limpopo will benefit from a BEE deal with a drilling company at Anglo American Platinum’s Mogalakwena Mine. (Photo: Waldo Swiegers / Bloomberg via Getty Images)

An innovative BEE deal has been forged at Limpopo’s Mogalakwena platinum mine, a flashpoint of social unrest in the past. The problematic old BEE model of bank funding and community trusts has been ditched and equity has been handed to households that are being relocated for mine expansion.

Hall Core Drilling, a drilling contractor at Anglo American Platinum’s (Amplats) Mogalakwena Mine in Limpopo, has put in place a BEE deal with a local community that will give it a 30% stake — which will rise to 51% — in a new entity, Hall Core Waterberg.

A top lawyer involved says it is a landmark deal that brings real equity for the community. Hall Core CEO Jayson Robbertse told Business Maverick that complying with BEE regulations was onerous and benefits did not seem to be widely spread:

“We find it hard to tick all of the boxes in terms of BEE requirements. And we found that the normal BEE partnerships were not meaningful. So we engaged a community that Amplats is relocating,” he explained.

The community in question, the Mothlotlo, is in the process of being relocated to make way for an expansion of Amplats’ Mogalakwena mine, the company’s flagship cash spinner which has been a flashpoint of social unrest in the past. The deal applies to 43 households in the community and gives each a direct equity stake in Hall Core Waterberg. This includes voting rights and control — unusual in community deals, which often involve trusts headed by tribal authorities with opaque revenue flows.

Human rights lawyer Richard Spoor, who has worked with the community for more than 15 years and represented their interests in the transaction, said giving households direct equity was a departure from previous BEE deals.

“Typically these BEE projects need to be capitalised by the banks or outside investors and that is always a challenge,” Spoor told Business Maverick.

“As you see with many of these schemes, there is a shortfall and the company has to buy back the shares and there are losses all around.

He also said the parties did not need to go to banks for funding because Amplats had underpinned the commercial viability of the project by guaranteeing a certain amount of exploration-related drilling work for the new entity on the northern limb of the platinum belt.

“Anglo American Platinum’s contract with Hall Core Waterberg, which consists of the Mothlotlo community and Hall Core, is for a defined scope of surface exploration drilling work that is required in agreed areas,” Amplats said in an emailed response to questions from Business Maverick.

“Should further drilling work be needed, within this scope and in these particular areas, Hall Core Waterberg would be offered this work first, should they have the capability to undertake it and if certain requirements are met. The specific agreed areas are on the Northern Limb.

“Building thriving communities where we operate is a key pillar of Anglo American Platinum’s sustainability strategy and the establishment of Hall Core Waterberg is one example of what can be achieved when different stakeholders work together,” Amplats said.

This seems to be a win-win all round. Procurement and contracting in the mining sector have stringent empowerment requirements and Amplats has a drilling company on board that should fit the bill. Hall Core, which has drilling operations across Africa, has work lined up in Limpopo. And a community that has been at odds with Amplats over the years is going to get partial ownership of an asset that should deliver revenue from work contracted with Amplats, which is cash-flush at the moment.

There is no one BEE model and experimentation is still taking place. DM/BM