SHOCK TO THE SYSTEM 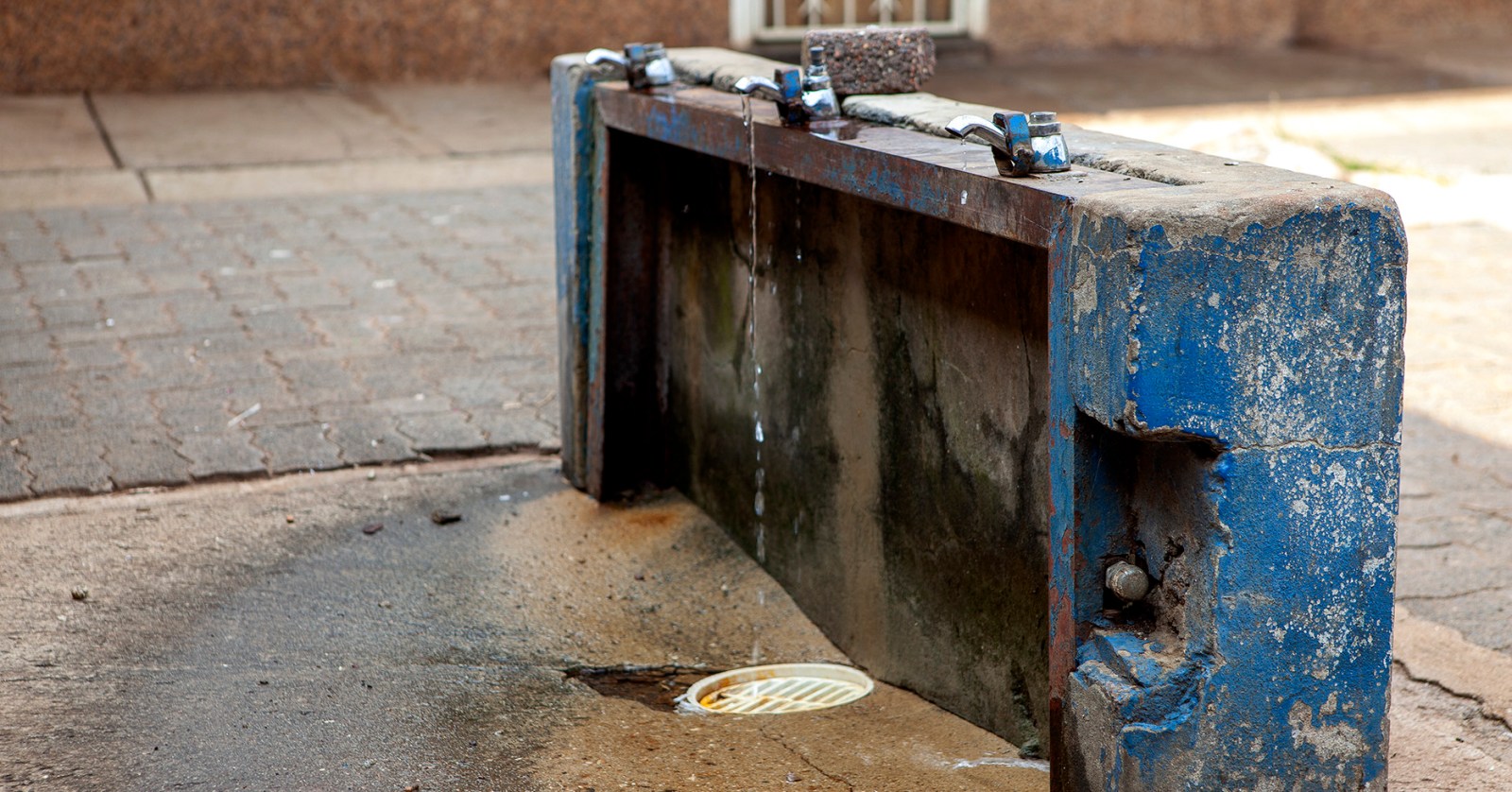 JOHANNESBURG, SOUTH AFRICA - FEBRUARY 19: A general view of Nomini Primary School after it was temporarily closed due to raw sewage flowing into classrooms and clogged toilets on February 19, 2020 in Johannesburg, South Africa. Its alleged that the drainage system was to blame for the big stink. (Photo by Gallo Images/Papi Morake)

Money meant to fix the country’s school sanitation mess has gone to fighting Covid-19, but provinces were already faring dismally in meeting the legally required school infrastructure norms and standards.

The World Health Organisation (WHO) estimates that there are about 367 million children worldwide who attend a school without a single sanitation facility.

South Africa is no exception. Children are still forced to use dangerous sanitation facilities that have resulted in deaths.

There is progress, she adds, but the pace is slow.

“According to the norms and standards, all schools should have been provided with enough classrooms, electricity, water, and toilets, and with fences, telephones and internet by 29 November 2020 [this Sunday],” Equal Education (EE) said.

The norms and standards govern what basic infrastructure schools are required to have by law after every three years, from the year the regulations were promulgated.

They were signed into law by Minister of Basic Education Angie Motshekga in 2013 so unsafe school structures – such as mud schools and asbestos, metal or wood buildings – were supposed to be prioritised and replaced by 2016.

However, almost four years after the first deadline schools in Gauteng are still built using asbestos.

Other requirements such as the provision of libraries and laboratories, must be implemented within 10 years of the promulgation of the regulations, and all further standards met by the end of 2030, Chaskalson said.

“The budget cuts that have happened this year, more specifically in the education infrastructure budget, will have a bearing on whether or not departments can meet legally required norms and standards for school infrastructure on time,” said EE’s co-head of research, Hopolang Selebalo.

In 2014, a year after the norms and standards came into force, a five-year old schoolboy from Limpopo, Micheal Komape, suffered a gruesome death when he drowned in a pit toilet at his school.

In 2018, five-year old Lumka Mthethwa suffered a similar fate when she drowned in a pit toilet at her school in the Eastern Cape.

Failed sanitation at schools violates the rights and human dignity of pupils, whose lives are in danger as long as school infrastructure is unsafe.

“About three provinces [education departments] said in their norms and standards progress reports that they will struggle with infrastructure projects they have in the pipeline because they don’t have the money,” Selebalo said.

Provinces were partly to blame for the budget cuts because they failed to use government funds intended for school infrastructure.

“I believe there is a relationship between the slow pace of infrastructure delivery and National Treasury taking pots of money away from school infrastructure,” she said.

“It’s a twofold situation: on one hand the department had not been spending their budgets well over the last few years. We know how [the Accelerated Schools Infrastructure Delivery Initiative] struggled to get off the ground. In the first year of the project they achieved none of their targets; not a single project was done, money had to go back to the National Treasury. And it has been kind of the same pattern over and over.”

If a department returned money to the Treasury after failing to spend it, it created an impression that you needed less, “so this began the pattern of Treasury investing less and less education infrastructure”.

The budget cuts were further exacerbated by the pandemic as provincial departments redirected funds meant for school infrastructure to line items related to Covid-19.

Provincial departments will default on the 2020 deadline to meet the infrastructure norms and standards.

In an era where water and sanitation are greatly important for safety and learning outcomes this is a vast system failure by the Department of Basic Education to ensure unsafe school infrastructure is eradicated.

The 2020 National Education Infrastructure System shows improvement in the eradication of pit latrines in Limpopo. In 2019, the province had 2,226 of them; there are now 472 schools in the province that rely solely on pit toilets. KwaZulu-Natal and Eastern Cape schools still have the most – 1,099 and 1,243 respectively.