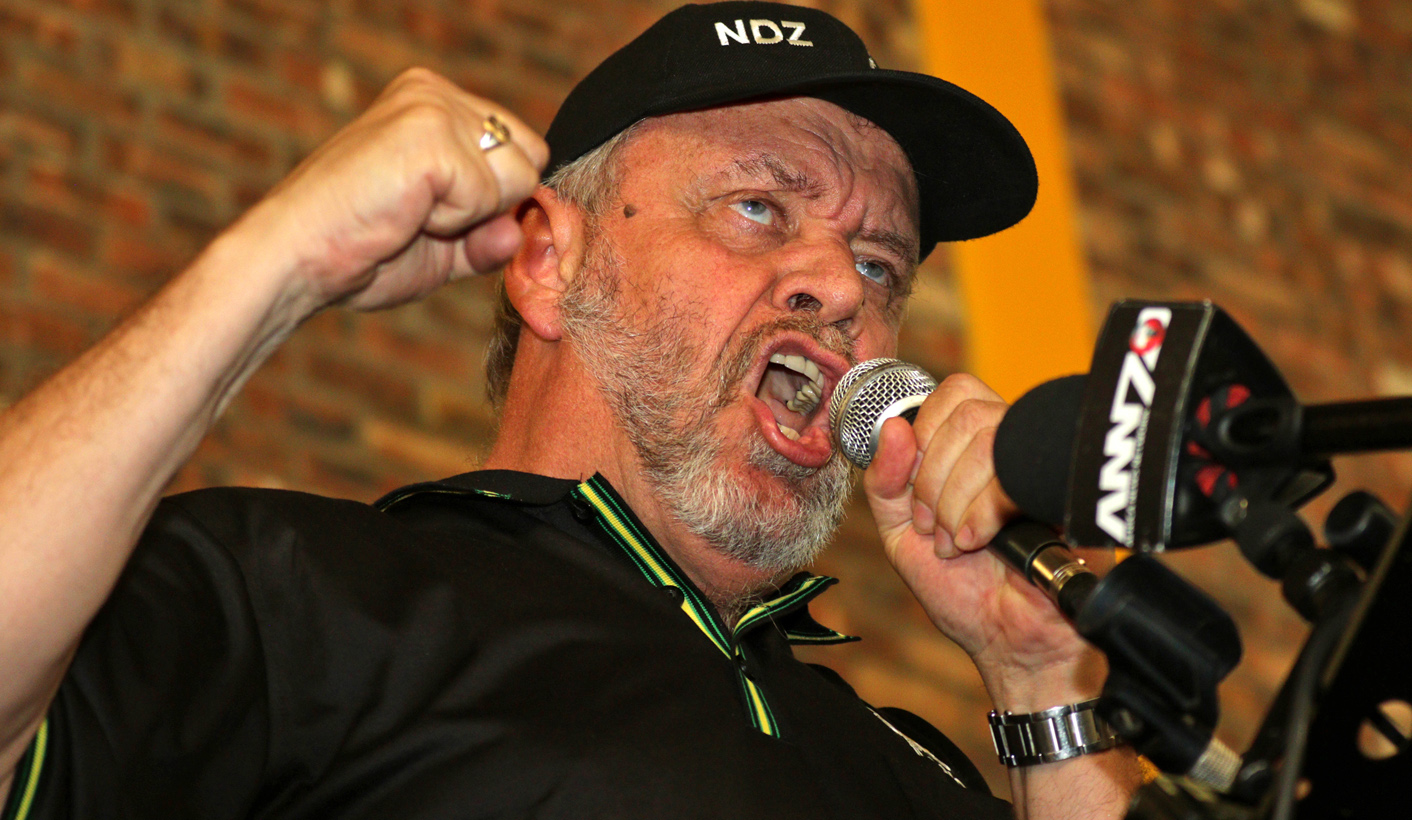 Over the past few weeks, the Umkhonto weSizwe Military Veterans’ Association (MKMVA) has been involved in the violent removal of people from their stalls in eThekwini. For the first time, organs of the ANC are beginning to speak out against the association – but it is action that is needed and not words.

On Monday, the KwaZulu-Natal ANC publicly condemned groups who say they are the MKMVA and who have been forcing foreign nationals out of the Durban CBD, forcing them to abandon their stalls and flee.

Their claim: these foreigners are stealing the jobs of South Africans.

Last month another group, also claiming to be part of the MKMVA, blocked the N12 Highway in Ekurhuleni, purporting to be campaigning for their members who do not have jobs. They said that their cause was just, and thus they could block the highway and cause crippling problems for everyone around.

Now it appears the ANC is taking a stronger line.

On Tuesday morning, the KZN ANC’s spokesperson Nhlakanipho Ntombela said that this kind of behaviour was simply unacceptable. He told SAfm that it was not the principles of the ANC to attack foreign nationals, and that this could not go on.

Perhaps more importantly, he also cast doubt on whether the people involved in this were actually members of the MKMVA.

He went on to say that, “If you observe in eThekwini, there were young people who were part of this protest. Hence, we have raised with them, when they have continued recruiting and they say the ANC must assist in their plight, they are defeating themselves.”

This is not the only place in which the MKMVA gets a little fuzzy about numbers.

In Ekurhuleni, during that highway blockage protest in October, the regional leader of the MKMVA could not answer questions about the number of members in that area, only that it was “more than 5,000”.

All of this gives rise to the suspicion that in fact the MKMVA is not a group of military veterans at all, but has rather become some sort of army for hire, a grouping that will provide the illusion of support for any particular cause.

It is not helped by the fact that the leadership of the MKMVA is thoroughly corrupt.

Its president, Kebby Maphatsoe, is well known for his defence of the Guptas and Jacob Zuma. Its treasurer is Des van Rooyen the “Weekend Special” Finance Minister in December 2015.

But by far the biggest indication that it is corrupt is the presence of its spokesperson, Carl Niehaus.

He is a man with a long track record of lying and has become the face of the organisation.

Part of the reason for the prominence of the MKMVA is in fact its vocal defence of ANC Secretary-General Ace Magashule. In a political situation in which the ANC is split on whether or not to support him during his criminal trial, journalists seeking to balance their reporting on Magashule turn to Niehaus.

Sometimes the results are comical rather than political.

Maphatsoe himself does not help the situation. He has been photographed indulging in behaviour which is morally questionable. But that is not the worst of it.

Maphatsoe will not give straight answers to why it is that so many people at MKMVA look wonderfully youthful. He also says that while all MKMVA members should wear the same uniforms, there are many differences in the apparel.

This makes it difficult to know if the people involved in these events are actually bona fide MKMVA veterans.

There are many resonances with what happened in Zimbabwe in 2000.

Then, a group of people known simply as “war vets” claimed to be veterans from that country’s conflict that ended in 1980. They were also wonderfully youthful.

And again, violence defined the events. Without the use of violence it is not certain that the then president, Robert Mugabe, would have achieved his political aims around land.

Here, the MKMVA is defining itself through the use of violence.

The condemnation by the ANC of this behaviour may be critical to what happens next.

Public condemnations of violence by its members are rare in the ANC (Zuma never disavowed people who committed violence in his name). However, the party may have to take this further. It should institute disciplinary charges against people involved in this. It should publicly ask the police to treat them harshly. And it should ensure that no one involved in this violence remains a member of the party.

But, perhaps more importantly than that, there needs to be some intervention to remove the current leadership of the MKMVA. As long as this leadership remains in office it will continue to be a body with no legitimacy.

It is a disgrace that a body supposed to look after members of an organisation such as MK which did so much for the liberation of this country is now known only for two things: the fact that it uses violence, and that its spokesperson is a liar.

Real Veterans of the Struggle deserve better. It is imperative for the ANC to take action, not just to speak. DM